The Texas bill, Senate Bill 8 or The Texas Heartbeat Act, bans abortions once a fetal heartbeat is detected, which is typically at six weeks gestation. 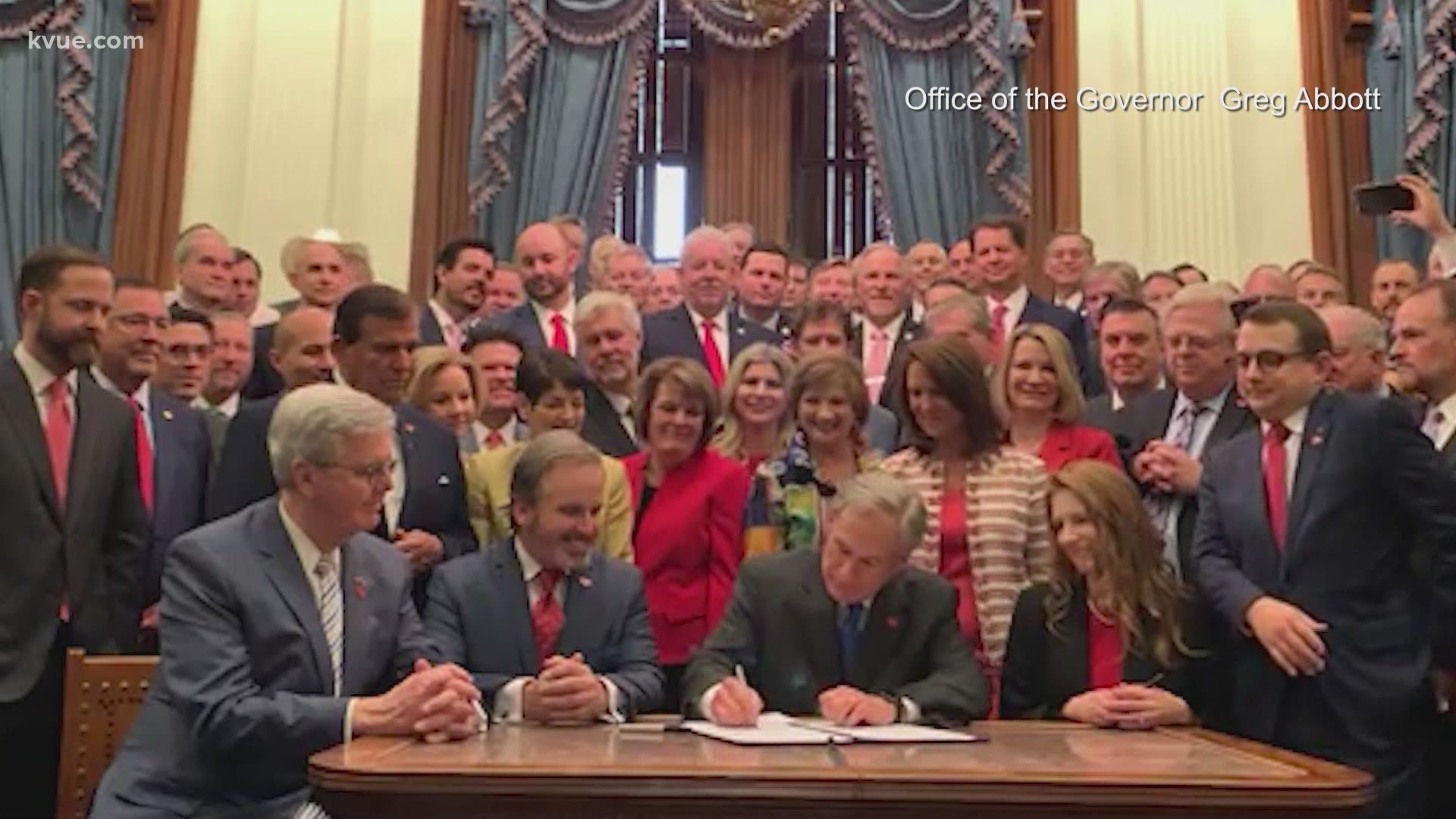 AUSTIN, Texas — On Wednesday, Texas Gov. Greg Abbott signed the so-called "heartbeat" bill into law that effectively bans most abortions in the state. Texas' legislature isn't the only state house to attempt to restrict abortions.

Here's a breakdown of the legislative action other states across the country are taking in an effort to restrict abortion:

A new law in Arkansas bans providers from giving abortions unless the procedure would save the life of the pregnant woman in an emergency.

The governor of Montana signed a bill that would ban abortions at 20 weeks.

A Mississippi bill was signed into law in 2018 that would prohibit abortions after the 15th week of pregnancy, but the ban has been blocked by lower courts as inconsistent with Supreme Court precedent that protects a woman’s right to obtain an abortion before the fetus can survive outside her womb.

Now, the Supreme Court has agreed to take up the Mississippi case. The court’s order sets up a showdown over abortion, probably in the fall, with a more conservative court seemingly ready to dramatically alter nearly 50 years of rulings on abortion rights. The court first announced a woman’s constitutional right to an abortion in the 1973 Roe v. Wade decision and reaffirmed it 19 years later.

While “heartbeat” bills passed by other state houses this year have been blocked by the courts, Texas lawmakers believe legal language in their version makes it stronger, The Texas Tribune reported. Democrats say so-called heartbeat bills across the country are part of a political strategy to ban abortion nationwide.

The Texas bill, Senate Bill 8 or The Texas Heartbeat Act, bans abortions once a fetal heartbeat is detected, which is typically at six weeks gestation and before most women know they are pregnant. The bill does not make an exception for survivors of rape or incest who become pregnant as a result of the crime against them. It only allows an exception for a medical emergency.

The bill also allows anyone to sue a Texas doctor who performs or has an intent to perform an abortion and recover at least $10,000.

The law is intended to go into effect on Sept. 1.

Austin names 45 City-owned properties to be considered for sanctioned encampments, outlines next steps