A new report says the state of Texas could lose $15 billion in business activity and 73,000 jobs by 2025 if it passes two pieces of voting legislation. 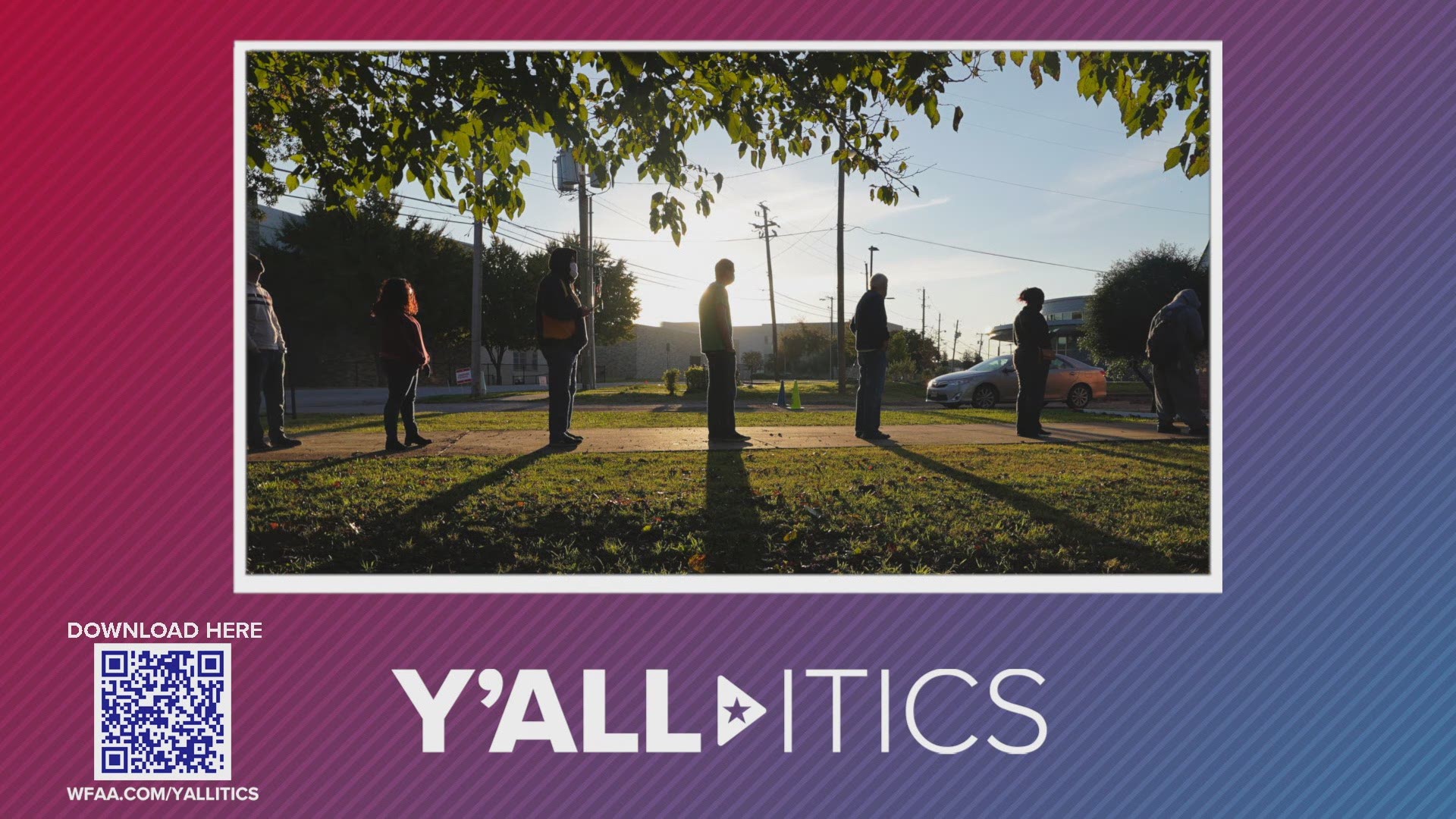 That simple combination of four letters and two numbers could have a profound impact on Texas for years to come.

Lawmakers are debating House Bill 6 and Senate Bill 7 in Austin. The legislation could change election law in Texas.

A recent report by The Perryman Group, led by a respected Texas economist, predicts if those bills are passed, Texas has much to lose.

“We’re not just talking about what’s popular with a certain group of voters or something like that,” Dr. Ray Perryman said on Y’all-itics.  “Right now, we’re talking about some things that will fundamentally affect the lives of Texans for a long time.”

With Republicans backing the election bills and Democrats opposed, as you can imagine, Dr. Perryman has heard from both sides about his report.  But he says that’s par for the course and he’s come to expect it after doing this type of analysis for more than 40 years.

RELATED: The right to vote or the fight to vote? Progress Texas says proposed election bills would suppress votes in state

Perryman said his goal is always to take the noise out of a debate with facts and key economic issues. If that’s the case, when it comes to his report on the election bills, the silence is deafening.

According to the report from The Perryman Group, if Texas passes the election bills, the state will lose nearly $15 billion in annual gross product and more than 73,000 jobs… all by 2025. By 2045, those losses are projected to grow to $156 billion and nearly 595,000 jobs.

What’s more, the Perryman Group said that doesn’t even include the potential loss of tourism and other economic drivers such as professional sports and conventions. The report says in these areas, Texas would see a decrease in business activity to the tune of $16.7 billion and add nearly 150,000 fewer jobs by 2025.

“It’s been shown time and time again in studies that date back to the 60s that when people have less access to voting, that their earnings go down as a group," said Perryman. "And we’ve seen much evidence of that over time because they don’t have access to the political process as much. They don’t have access to education, funding and job opportunities and many other things.”

For businesses, it could mean having to make decisions about relocation plans or expansion plans in Texas.

Sarah Bonk is the Founder and CEO of Business For America, a coalition of business leaders trying to increase voter participation and civic engagement. She said she’s heard from a number of businesses expressing concern over the election bills being proposed not only in Texas, but in other states across the country.

If you stop to think about how the Toyota Headquarters have transformed Plano and North Texas, and how many lawmakers enjoy touting the new, big business relocating to the state, it’s easy to see why such threats would be taken seriously.

“Businesses are understanding these issues better than ever before. They’re understanding the costs and the risks for their business when they don’t have election laws that support their employees,” Bonk said on Y’all-itics.  “And so, their attitude towards democracy, in elections more generally, has changed.”

Bonk said modern businesses are becoming far more concerned about social responsibility. She added that 2020 was a game changer in that regard in terms of business engagement on voting and getting their employees out to vote.

There was an ad in the New York Times recently where hundreds of companies and executives opposed many of the measures being considered by lawmakers nationwide, including Texas.

At the end of the day, though, Bonk said businesses remain concerned about their bottom line. They know boycotts can work both ways.

“They’re a little bit at a loss because these bills are clearly not making it more convenient for their employees to vote, but they want to maintain positive relationships at the same time with these lawmakers, because there’s going to be a lot of other issues that come along.”

On Inside Texas Politics this week, Texas Speaker of the House Dade Phelan said he’s reached out to some business leaders in Texas about their concerns but has yet to hear back from any of them.

You can read more here: Simple fix to prevent future electric outages has yet to be mandated by the Texas legislature