The American Red Cross is opening shelters and gathering volunteers in preparation of Tropical Storm Barry. East Texas teams have been placed on standby to assist. 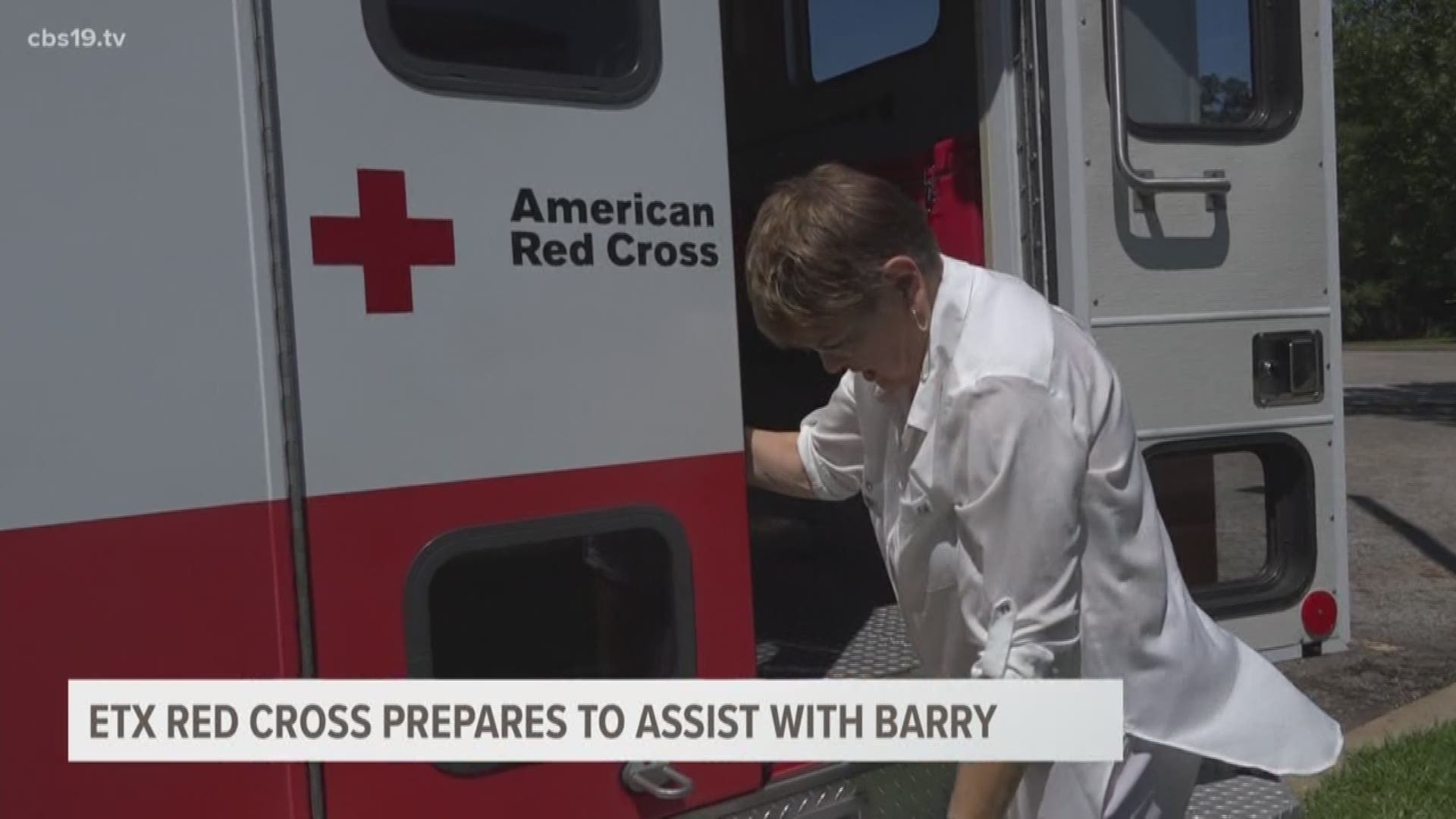 Some volunteers have already headed off to Louisiana. One of them, a nurse from the Longview area who will be assisting in a Baton Rouge shelter.

Tammy Prater, the executive director in the East Texas region says they have emergency response vehicles on standby with a crew ready to go. They are also reaching out to other volunteers.

"Poll availability to see who's available," Prater said. "What shelter teams might be available to support a sheltering operation."

Three emergency response vehicles and volunteers teams have already gone out from the North Texas area, and are being staged near the path of the storm.

The reason they are closer than the East Texas team is because of the path of Tropical Storm Barry.

"A day ago we were still thinking we might have impact here," Prater said, "And you know, it doesn't look like we're going to have much impact here at this time. But we're not going to send all our volunteers off to another place if we think we're going to need them right here at home."

Right now it is just a matter of waiting to see what happens and then respond to it.