Salons, spas to remain closed for the time being

Many people questioned Governor Greg Abbott's mandate claiming sole proprietors could open and wondered if that applied to hair stylists. 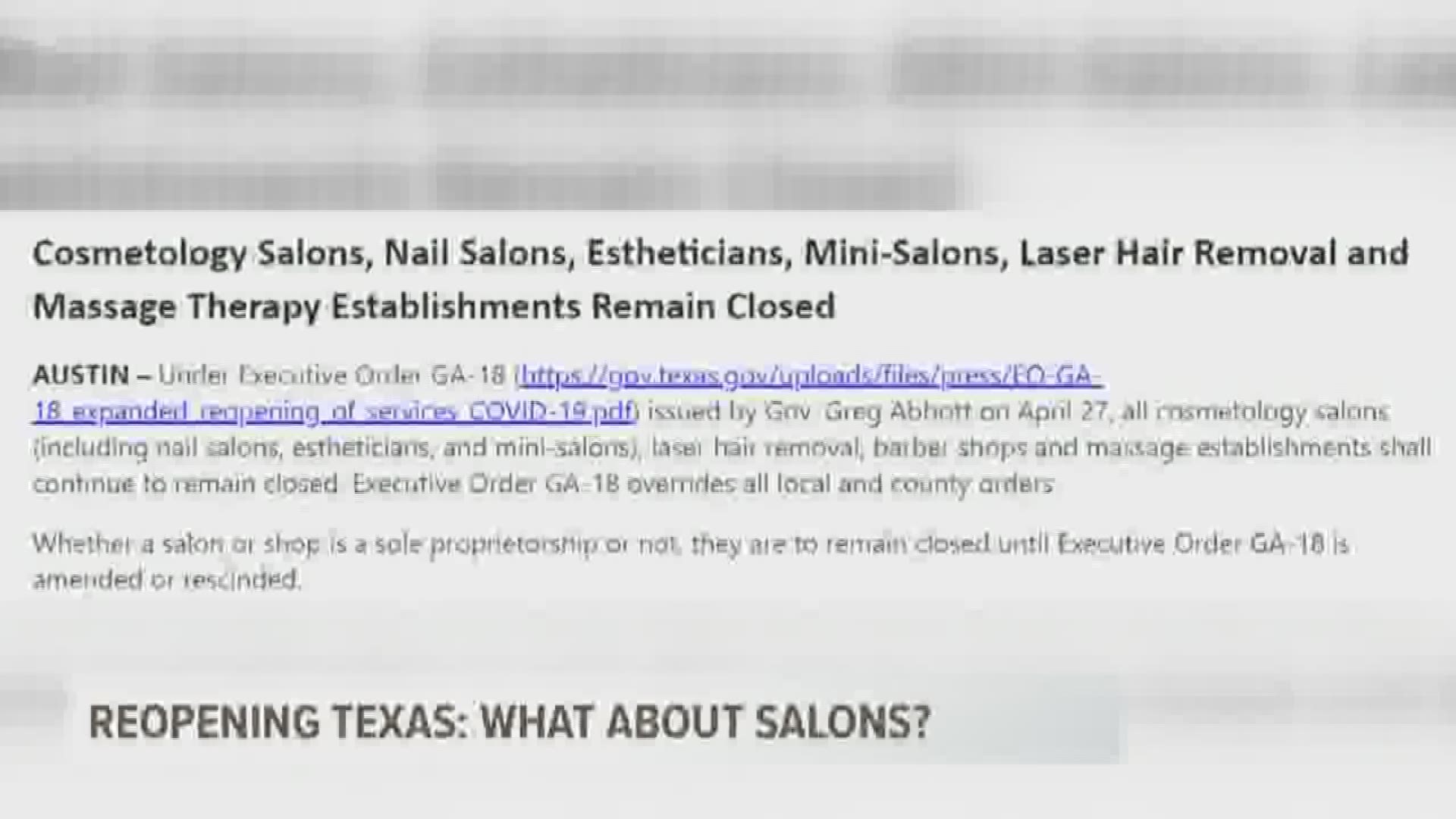 TYLER, Texas — Many hairstylists and barbers are frustrated after Governor Greg Abbott announced that salons and barbers shops would remain closed.

Robin Huddleston, a hairstylist, asked the question: "If we had a one on one, a one person salon, can we open back up with one person in our chair?"

The answer, is no.

"No, they may not reopen on Friday," said Tela Mange of the Texas Department of Licensing and Regulation. "The reason why is they are still providing services that the executive order says are non essential and not allowed to be be provided."

The executive order by the Governor specifically says that massage establishments and cosmetology salons cannot reopen on Friday. However, there was some confusion because "sole proprietors" are able to conduct business, which is what many hairstylists are considered.

RELATED: TDLR: All salons, even sole proprietorship, to remain closed throughout Phase I of Texas' reopening plan

RELATED: REOPENING TEXAS: What can open on May 1 and what remains closed under Phase I of Gov. Abbott's plan

Statements from both the Governor's office and TDLR clarified the verbiage used in the executive order and both say salons are not allowed to reopen at this time.

Huddleston says like many people, she wants to return to work and the fact that she cannot is very frustrating.

"We can work six feet apart with one or two people," Huddleston said. "One or two chairs in the building, we can do that. But if you can gather five or 10 at a place, I just don't get why we can't do our job"

Salons who choose to ignore the regulations and reopen anyway could be fined however someone must submit a complaint to TDLR first.

"We will investigate that and it's entirely possible that the salon and the person who's providing those services could have administrative penalties lodged against them," said Mange.