The scammers are reportedly using the phone number (888) 218-2462 to contact local businesses. 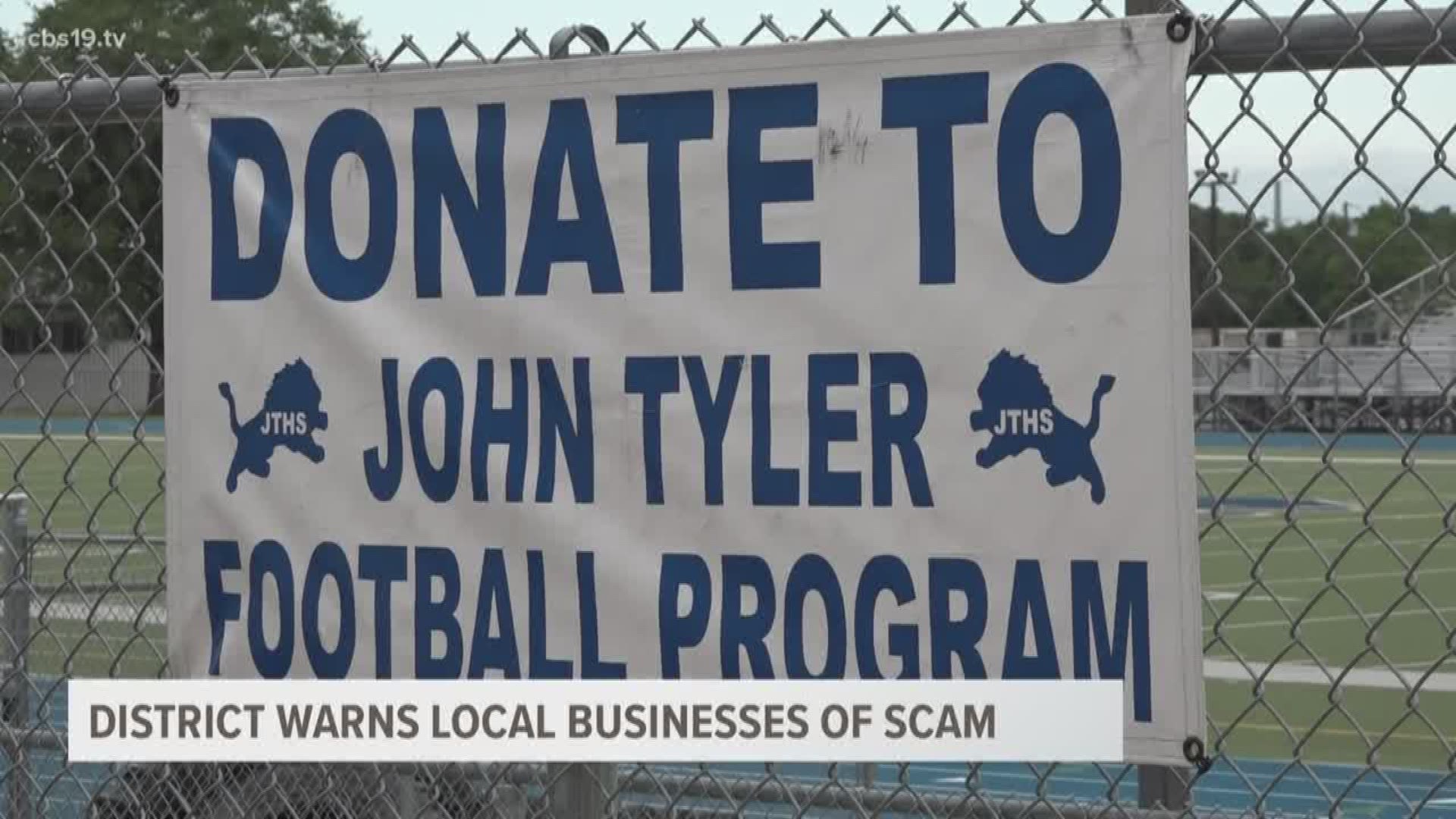 TYLER, Texas — Tyler Independent School District is alerting local businesses of a scheme where scammers are imposing as a district employee in order to solicit donations for John Tyler High School athletic uniforms.

Rangel says the calls began on Wednesday and continued into Thursday of last week.

"One of the business owners told me they [scammers] just seemed so authentic," Rangel said. "Of course, they wanted to give to the kids, the children and the students. Her heart was in the right place just as all of the other business owners, but it was a good thing that she called."

Rangel says the fraudsters are reportedly using the phone number (888) 218-2462 to contact businesses. With each call, Rangel says the targeted business owners had a feeling something was wrong based on how the caller spoke.

"All three of them said that the person who called them spoke Spanish and spoke Spanish in a different accent," Rangel said. "The majority of the Hispanics that live within the East Texas region are from Mexican origin or Mexican descent, but these individuals sounded as if they were from another Latin American country."

The Hispanic Business Alliance often serves as an advocate for members of the Hispanic communities across East Texas. After receiving the third report, Rangel says she immediately reached out to Tyler ISD to verify if the calls were legit.

Instead, her call would lead to the district issuing a statement to warn residents of the scam.

“They really wanted to have fast access to get it right away. They weren’t really wanting to go to the actual locations," Rangel said. "They were wanting a credit card number so that they could go ahead and swipe the card and get the money transferred over.”

Rangel says this is not the first time scammers have targeted local Hispanic communities and unfortunately, she doubts it will be the last.

"Anytime that they find someone that's vulnerable, that is definitely a place where they'll like to take advantage," Rangel said. "So, that's why we ask those to be even more cautious and be careful. We ask everyone to do it, but especially those groups that are highly targeted."

According to TISD, they are not seeking donations for athletic uniforms and anyone who receives a call is asked to report it to the Tyler Police Department at (903) 531-1000.