Two in five women and one in five men in Texas have been sexually assaulted at least once in their lifetime, according to ETCC.

During Warren's speech about sexual awareness month, he promoted the importance of consent.

"As a community, we recognize that in order to prevent sexual violence at its roots, we must promote healthy relationships and respect for every individual," he said. "Following the national campaign for this month, recognize that asking for consent is a healthy, normal and necessary part of everyday interactions."

Warren's speech was followed by the key speaker Hannah Felts, a sexual assault nurse examiner (SANE) at the Children's Advocacy Center. While speaking about violence can be difficult, Felts shared a message of hope from a survivor she's worked with.

"Something she shared with me after she shared some of the most just devastating sexual abuse over a long period of time, she said that the reason why she decided to tell somebody was because she wanted to protect her siblings and she didn't want that to happen to somebody else," Felts said. "And she told me that she wanted to be able to share that if she could overcome and she could get through it, that others could too."

Two community members were also honored during the Hope Awards for their work with helping those affected by sexual violence.

The first award was presented to Fei Shelton in memoriam. Shelton worked as the Smith County Assistant District Attorney until she passed away in Feb. 2021. Her husband, Silas, accepted it following a message from ETCC about Shelton and her work.

"Fei said she came to the district attorney's office because she wanted to make a difference in people's lives. For her the part of the job where she found the most joy and was able to accomplish that was the support of victims of sexual violence. Rather, in meeting with them, being a listening ear, working alongside the Crisis Center, or finally providing some peace of mind through obtaining a protective order for them."

Kim Allen, a SANE nurse for CHRISTUS Trinity Mother Frances, was also honored as a Hope Award recipient. Allen was described as someone who loves to serve the community.

In 2019, she became trained to be a sexual assault nurse when there was a need in Tyler and East Texas.

"I find it a privilege to serve this group of survivors, it's important to help them in their journey of recovery to help gain control because control has been taken from them," she said. "I love serving this population, this vulnerable population."

The Hope Awards are held twice a year in April for Sexual Assault Awareness and Prevention Month, and again in October for Domestic Violence Awareness Month.

Cheyenne Jones, the sexual assault programs coordinator for ETCC, says the ceremony is not only to honor community members but to also be present in the community for survivors.

The nonprofit will be hosting other events to connect with people and increase awareness about the nature and prevalence of sexual violence. 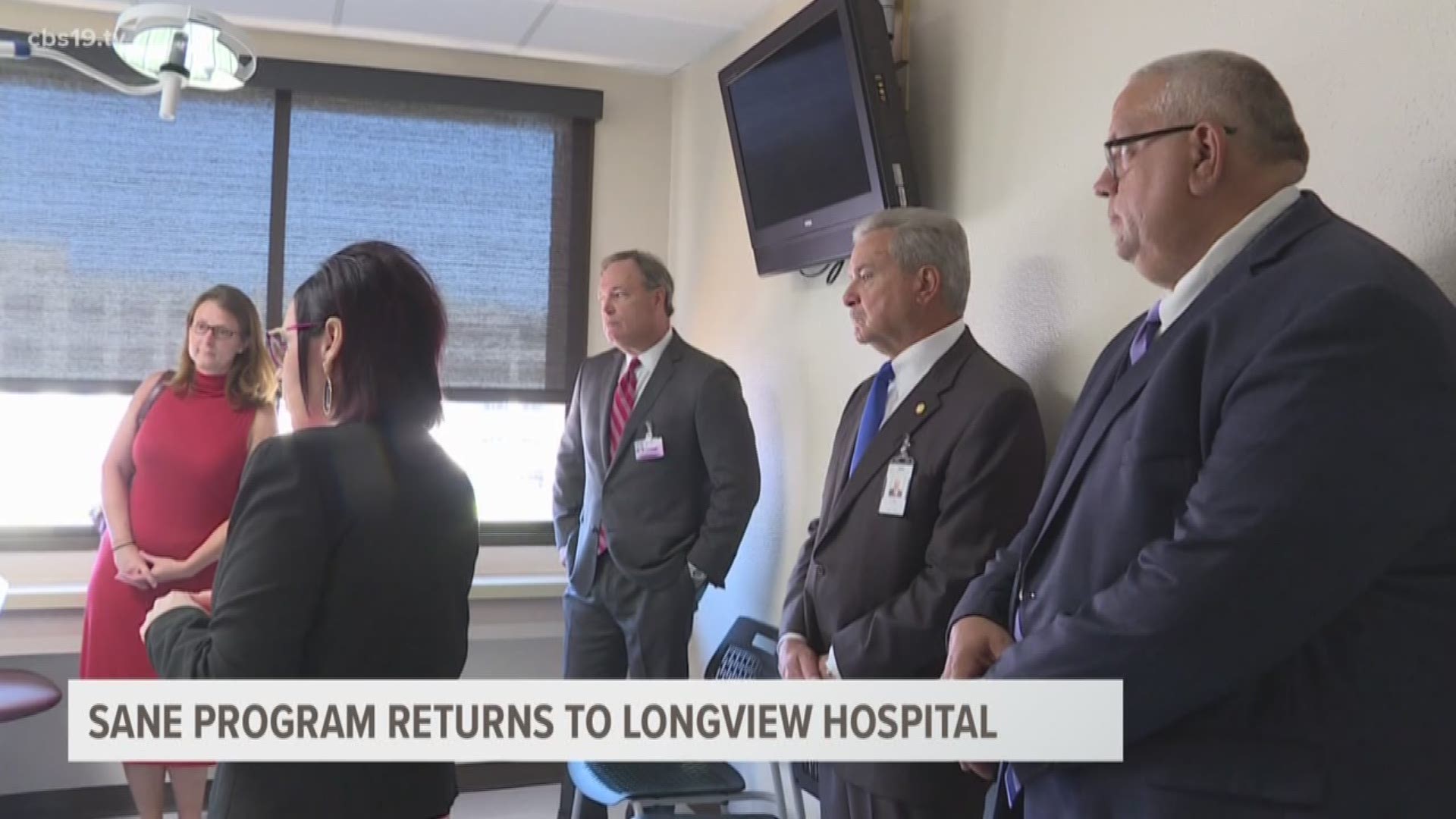