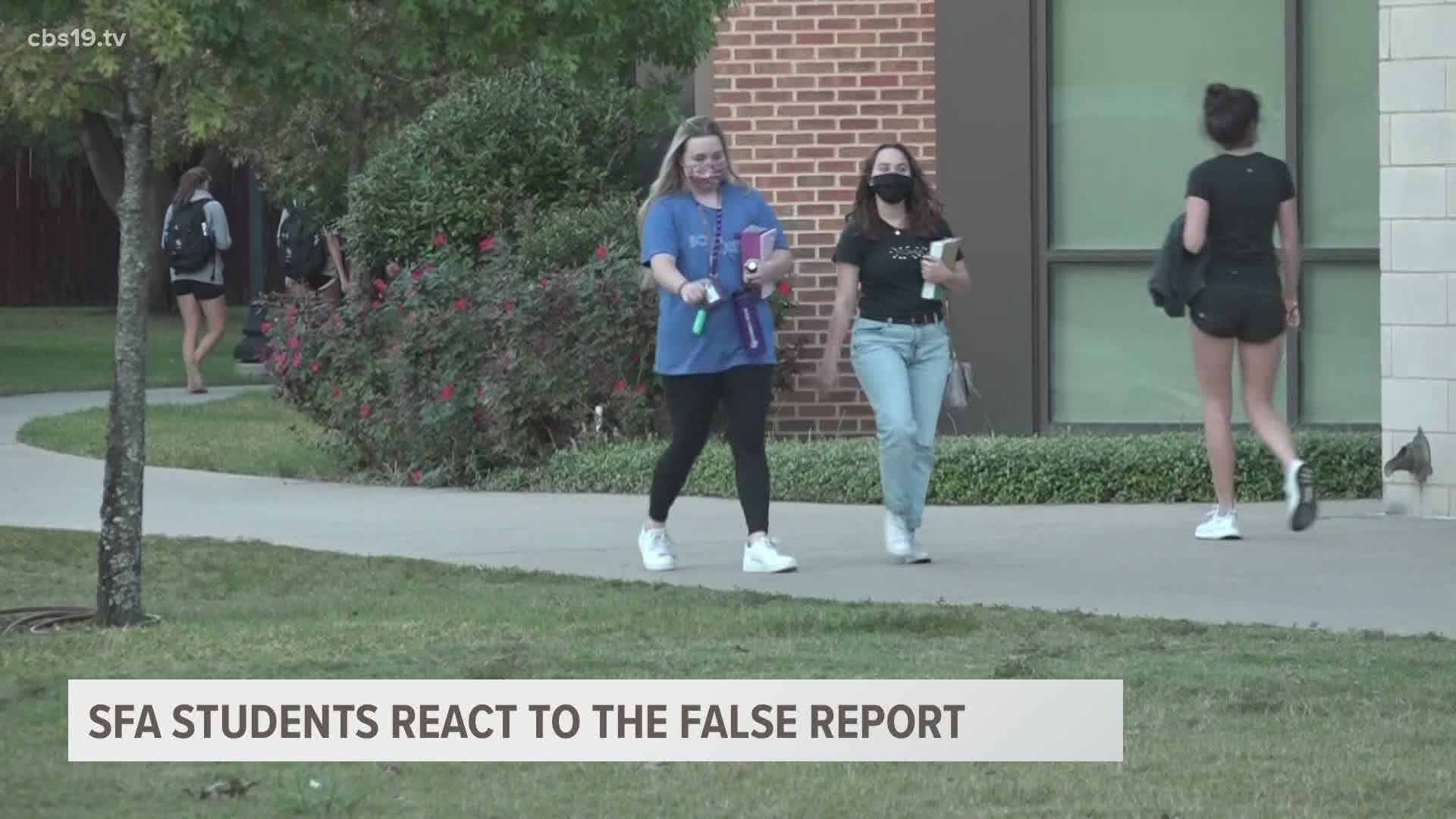 A Black student at Stephen F. Austin State University (SFA) and her family are demanding a wrong be made right after her roommates and another group of girls lied about her attempting to physically assault them with scissors.

RELATED: SFA student wakes up to police in her dorm with guns drawn after roommates file false report

Campus police were called to 17- year-old Christin Evan's dorm after the claim. She says the University's police department barged into her dorm room while she was asleep at 3 a.m. with their guns drawn. However, she's not the only one seeking answers from the University about this incident, other students are as well.

"We were all confused. We were assuming it happened last night," SFA student, Christina Kostas, said. "To find out it happened two weeks ago, it made us all sick because who knows if we're walking by those girls who had made the police call."

Some students say the information given by campus administrators is not enough. They are questioning what really took place inside the residence hall, Lumberjack Landing, and why were inform about this potential racially driven incident just now.

"That could have been a danger to us. If those people are out there just saying things like that, we should have been aware," SFA student, Payton Mccurdy said.

Evans's family is claiming the incident as "swatting" after they say students lied to the University's police all in an attempt to harass her.

Students say in light of the social outcry against police brutality and specifically Breonna Taylor's death. The incident should have been handled more severely by campus administrators.

"There was still really no details to understand what happened, what's going on and the measures that are being taken to make sure it's prevented, it doesn't happen again and to make sure the people involved are reprimanded correctly," Daquan Allen , another student said.

"We want to know the day it happened or two days after, but not two weeks," Tyler Tawney said.

The students say what allegedly happened inside Lumberjack Landing could have been handled differently. They also say they have never had or know another student who's had a racist experience with campus police.

SFA will be holding a press conference at 10 a.m. Wednesday, Sept. 30 at the Fredonia Hotel to address the incident.