Smith County officials are taking precautions to ensure the Coronavirus outbreak doesn’t infect the county jails after a local advocate voiced her concern. 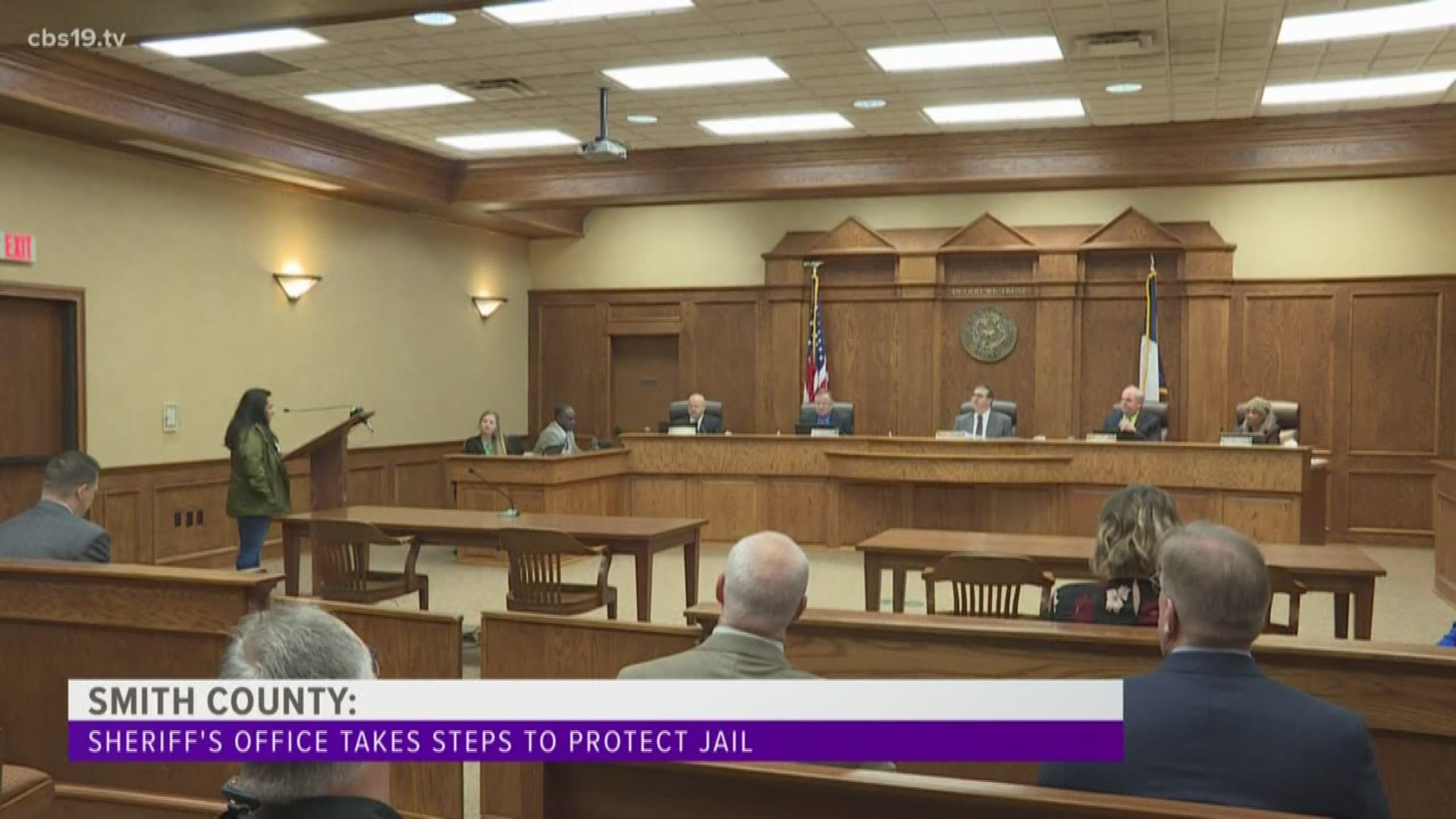 With the recent confirmed Coronavirus cases in Smith County and an overpopulated jail, Dalila Reynoso, a Smith County resident, decided to voice her concerns to the Smith County Commissioners during a meeting Tuesday.

“In our jails, people share bathrooms, laundry, even the toilet in their cells do not have a lid," said Reynoso. "Meanwhile hand sanitizer is not allowed in our jail because of the alcohol content."

“They haven't been convicted of anything and more than likely just cannot afford bail," she said.

As of Tuesday morning, there were 931 people in the jails and out of that number 88 fall in the category Reynoso proposed. Two others were in jail because of child support payments.

Reynoso says after the meeting she spoke with Sheriff Larry Smith about her request and he told her the people waiting for the pre-trial misdemeanor hearings would be let go as well as the child support cases. She told CBS19, she saw two men being released in the afternoon following that conversation.

The topic of the jail continued throughout the meeting even after Reynoso was done speaking. Some of the commissioners agreed with Reynoso, more needed to be done for the jail population.

“There's always a number of people in jail that the moment they go into court, they're going to get probation, that's the most they can get,” said Jeff Warr, Precinct 1 Commissioner. “To keep those in our current jail for another 60, 45 days, maybe longer waiting on a trial, I would just really implore the Sheriff’s Office and judges to take the most serious look they ever at those (cases).”

During the meeting, Warr also brought up the impact COVID-19 would have on the county if someone in the jail got the virus.

“We have such a limited amount of jailers that if we get some jailers that happen to get infected, that can be devastating to the operations of the jail and to the county,” the commissioner said.

Smith County Judge Nathaniel Moran responded to Warr’s observation with what action the county has currently taken that could help the situation such as the cancellation of jury duty and judges only focusing on the other cases.

“They're (judges) going to postpone their non-essential court cases until after Easter, but are going to continue to handle their non-jury criminal dockets,” Moran explained. “So as not to plug up the jail."

Sheriff Larry Smith agreed with the judge. He explained that there were 488 pre-trial felony cases that would still be having pre-trials.

The sheriff also mentioned he has communicated with the Gregg County Sheriff and the two have a plan in case COVID-19 infects the jails with two negative pressure ventilation cells at the Jail to hold an infected person. Smith told the commissioners if more people in the jail became infected the Gregg County facility would be cleared.

“We’d empty it out and that will give us 36 beds for Gregg and Smith county inmates,” said Smith.

He also spoke about the visitation schedule and how unlike other counties, the jail is still open to the public because of video visitation.

“Our layout here does not put them (visitors) directly in contact with inmates,” he explained.

Smith also mentioned that he was working with the DA on a plan to only write citations for Class B non-violent misdemeanors and having the offender report to the court after the Coronavirus outbreak is over.