Apprehensions down along the border, but other issues are on the rise

Human smuggling continues to increase as violence across the border escalates. 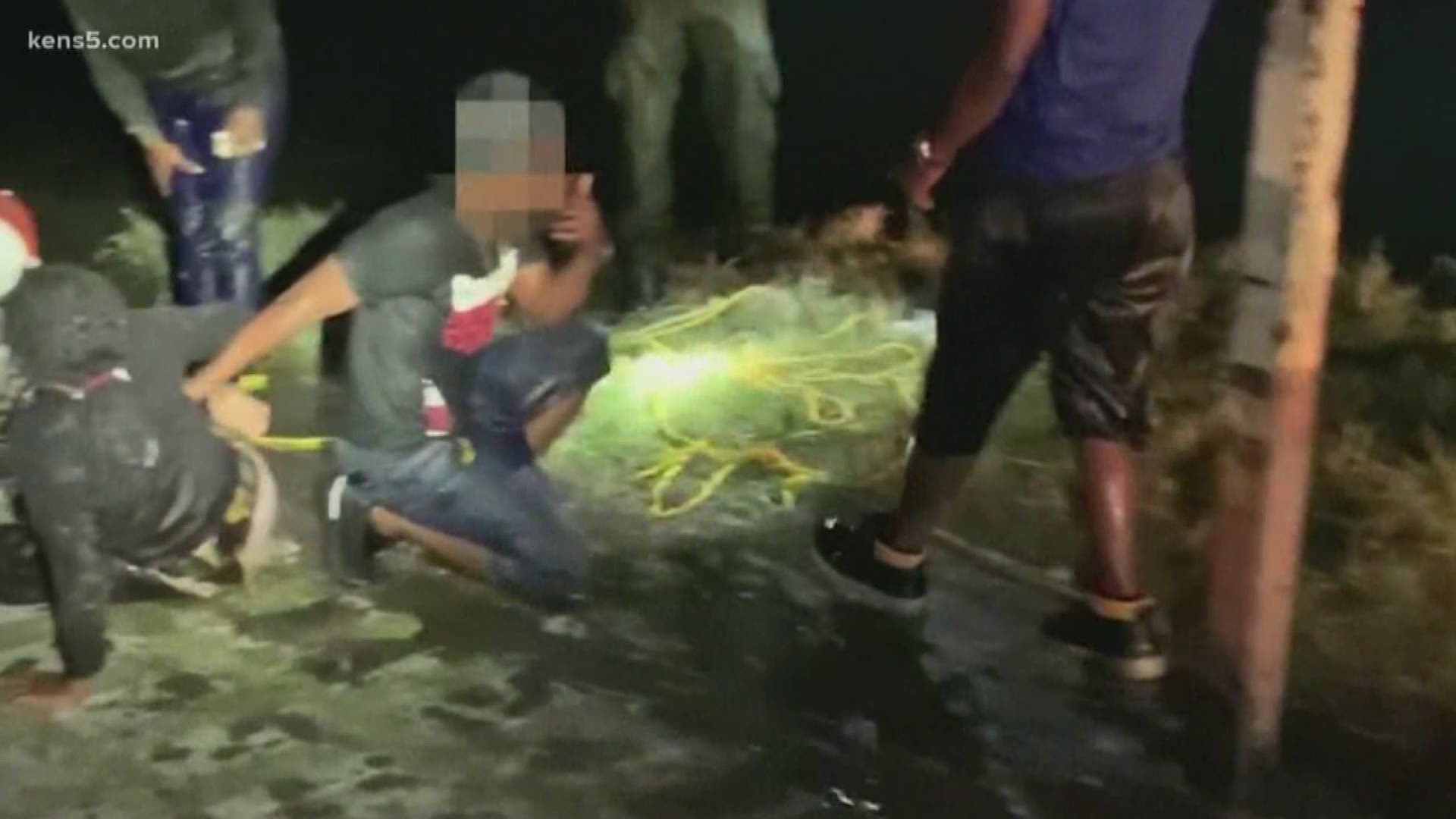 DEL RIO, Texas — Migrant apprehensions are down across the U.S. Mexico Border, according to Border Patrol officials.

During the peak of the border crisis, agents in the Del Rio sector were averaging 500 apprehensions a day.  The numbers have decreased to around 100 a day.

But, the crisis at the border is not over.

Last week, agents in Del Rio rescued 14 migrants, stranded on the Rio Grande river as they were trying to cross into the U.S.

The migrants rescued were families from Mexico, Chile, and Haiti.

In fact, the Del Rio sector reports seeing the highest number of migrants from Haiti and Africa than all other areas of the southwest border.

“Those are red flags because no other sector is experiencing this same amount of traffic in that population group,” said Del Rio Sector Chief Raul Ortiz.

Ortiz said the migrants report to agents that the area along the border in Del Rio is safer than areas like Matamoras and Nuevo Laredo.

Close to the 5,000 migrants apprehended this year, 70 percent are from 38 countries other than Mexico, including Russia and China.

Ortiz said with more programs in place like the Migrant Protection Protocols, apprehensions are down, but human smuggling is on the rise.

He said they have temporary fixes to address the humanitarian crisis, but they need long-term fixes.

“Less people are giving themselves up on the immediate border area like they used to, and what you're finding is family units are being smuggled out in these remote areas,” said Ortiz.

“You're going to find more of this vulnerable population out there in the middle nowhere,” said Ortiz. “The last thing I want is a family unit or somebody to become a victim of the elements or a smuggler.”

A man hunting in Webb County shared video with KENS5, shot while he was in a hunting blind, capturing a group of migrants moving through a remote ranch.

“Right now, it's hunting season, and so we have more eyes and ears out there. We're leveraging those partnerships with our community members every day, and it's working to our favor,” said Ortiz.

Ortiz said he still cautions residents that there is “a threat that exists along the southwest border.”

Ortiz said most of the smuggling organizations are run by Mexican drug cartels.

“The cartels are desperate.  They’re doing everything they can to ensure that they keep the chaotic border environment going on both sides of the river,” he said.

Cartel violence is increasing on the other side of the border.  Cell phone video captured a shootout between cartel members and law enforcement recently in Villa Union, just an hour south of Eagle Pass.

“Because that’s ultimately what’s leading to these gun battles, and the shootouts on the Mexican side.  They’re all fighting for territory for the smuggling and drugs,” said Ortiz.

The Chief said that despite threats against agents working the front lines, Border Patrol agents are working to put an end to the smuggling and other problems along the border.