'They're going to keep doing business and so are we': Coronavirus not slowing down operations for Border Patrol agents

According to authorities, the Del Rio Sector of the U.S.-Mexico border has seen a 721% increase in confiscated drugs. 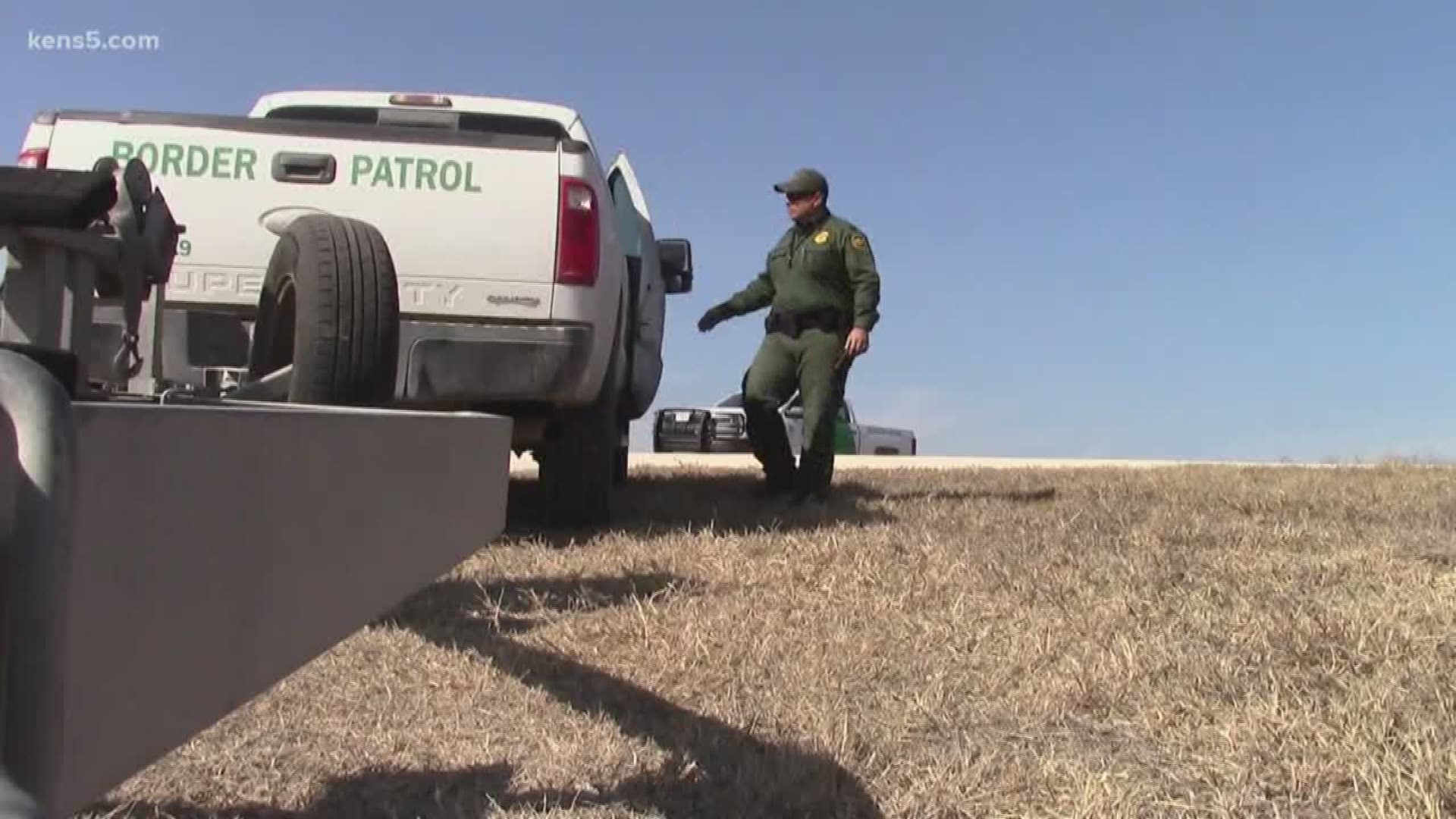 DEL RIO, Texas — While most of the world is shut down due to the coronavirus pandemic, first responders are out on the front lines every day—including agents with the U.S. Border Patrol.

The pandemic isn’t slowing down criminal activity along the border as agents adjust to keep up and stay ahead of crime, like the smuggling of humans and drugs.

Doyle Amidon, acting chief of the U.S. Border Patrol in the Del Rio Sector, sent out a video message this week, putting agents who are continuing to carry out their duties during the coronavirus emergency front and center.

“As we face the ongoing and expanding pandemic, the men and women of the U.S. Border Patrol continue to protect the citizens of this great nation,” Amidon says in the video.

Amidon recently took over as acting chief of the Del Rio Sector after Deputy Chief Raul Ortiz was promoted to second-in-command of the Border Patrol.

Amidon has been with the agency for over 25 years, serving in seven out of the nine sectors along the southwest border, as well as overseas in Afghanistan and, most recently, in Cairo, Egypt.

He told KENS 5 this week that the coronavirus isn’t the only threat agents are facing when protecting the border.

“The criminal organizations are very adept at capitalizing on the current situation,” Amidon said.

The pandemic hasn’t shut down business for human-smuggling rings.

“The smugglers take advantage of every single thing that they can use to their advantage. They're going to keep doing business and so are we,” Amidon said.

One chase last weekend started in Kinney County and ended when the two cars crashed into building in Camp Wood, in neighboring Real County.

“Criminal organizations seem to be having a difficult time finding drivers to run their loads,” Amidon said. “I think maybe that's because the traditional smugglers know how much more difficult it is to smuggle in this area.”

Amidon said smuggling rings are recruiting drivers from outside the border communities.

“It’s the big cities that they’re coming from."

After the crash in Camp Wood on Sunday, 19-year-old Mark Trevino from the Austin area was arrested for human smuggling and evading authorities.

And with a new breed of smugglers comes another danger.

“The types of people that they're able to get to drive these smuggling loads are people where they're either addicted to drugs and/or they have very lengthy criminal records,” Amidon said.

Agents are also seeing an increase in weapons, primarily guns.

“Those range from anything from an AR-15 to 9-mm handguns. So, the threat is real,” said Amidon.

Amidon said criminal organizations are also taking advantage of the pandemic, smuggling something other than migrants—drugs and narcotics. In the Del Rio Sector, agents have confiscated 904 pounds for the year, accounting for a 721% increase, according to the acting chief.

Amidon said agents are adjusting to the new normal, while also staying a step ahead of criminal organizations.

He said they’ve assigned agents to work from home in marked vehicles.

“We're kind of using this to get more time on target."

Plus, he said they’ve reassigned agents formerly doing administrative work back to the front lines.

“That's a pretty big boost to our staffing out there. And, when you have more eyes and ears out there, we're able to detect more things,” he added. “We have about 1,700 folks in the sector and we consider every single one of those folks to be intelligence and information-gatherers.”

Amidon said despite the multiple threats, he commends the agents in the Del Rio region for risking their lives every day to protect the border.

“It doesn't matter what the challenges are—they get the job done," he said. "Even in light of the current pandemic, they're still out there."

RELATED: Border Patrol chase ends in Camp Wood with at least one arrest