Breaking News
More () »
At The Border

June of 2012 was the deadliest June on record in Brooks County with 18 bodies recovered. This June, the sheriff’s office recorded 16 bodies. 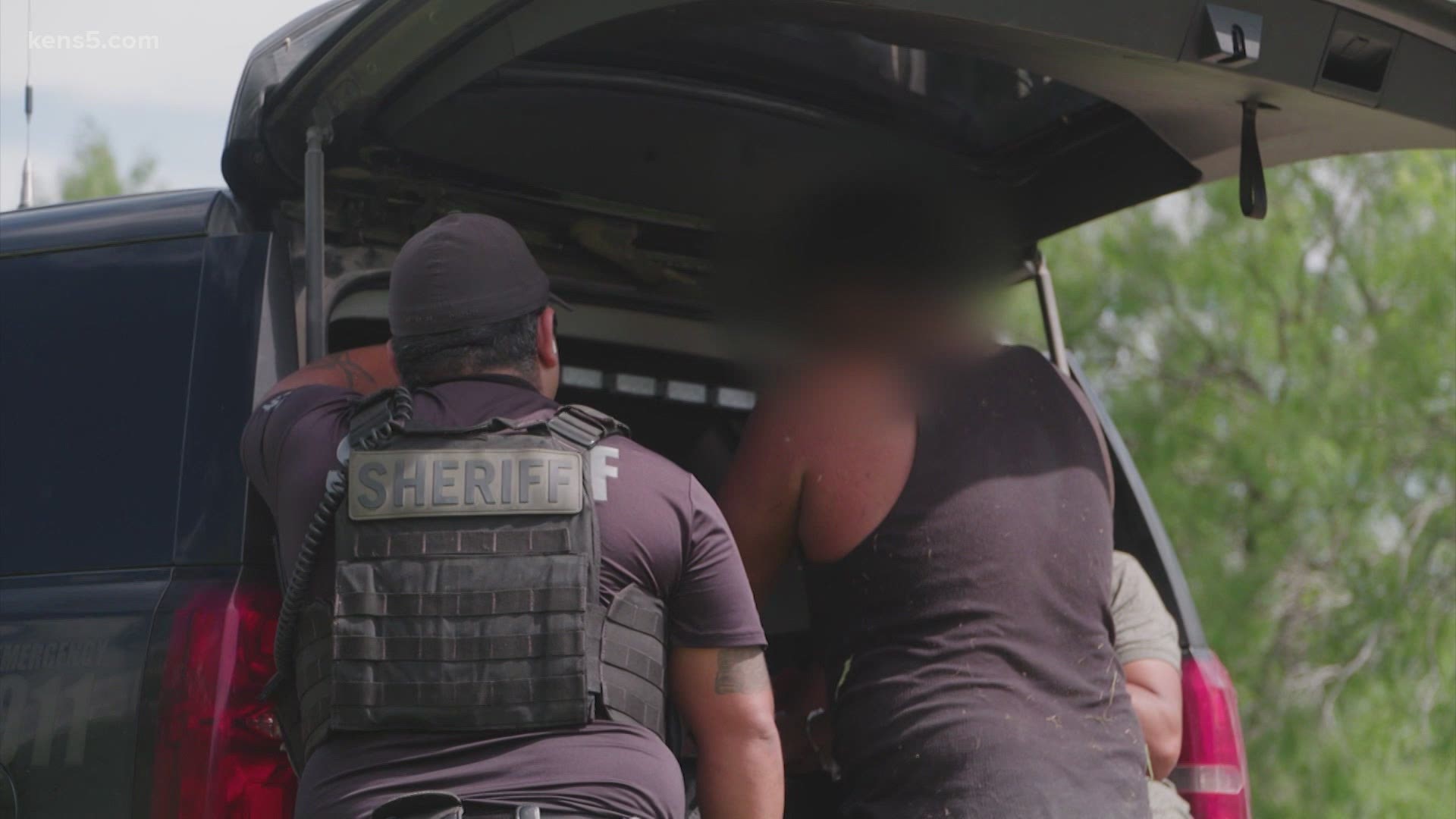 BROOKS COUNTY, Texas — A growing number of migrants are dying after they cross into the United States. They are making their way north, through the brush, trying to avoid getting caught.

But local law enforcement told KENS 5 that many are left without food or water, and therefore, many people die. They are to be found by ranchers or other people passing by.

Adrian Cortez watched his brother die in the Texas brush. The 40-year-old from Mexico was making his way from the Texas/Mexico border through Brooks County recently when he called 911 and described what he was going through.

“I’m traveling with my brother and we’re in the desert, and my brother just passed away,” he told the 911 dispatcher.

He told the dispatcher he was lost. He was a part of a larger group of eight migrants who also got lost. He didn’t have any food or water. In his 911 call, he said everyone got separated, and he stayed with his brother.

“What's going through that person's mind as they're hurting,” said Brooks County Deputy Raul Narvaez. “They got blisters, or they're injured from falling over a fence, and just seeing the group leaving behind. And, you know, that's something I think about. I can imagine it must be terrifying for them, a good amount of them. They end up passing away.”

Brooks County is expansive, flat and green in the summer, covered in trees and grasses and types of plants that will scratch and hurt if you’re not looking.

About 80 miles north of the Texas/Mexico border, the highway cutting through Brooks County, leading north has a CBP checkpoint. So, if you don’t want to be detected, the path forward is through those uninviting fields, lots of them private ranch land.

“It's just so wide open in here," described Deputy Narvaez. "Once you get in here, everywhere you look, it all looks the same. “They're guided in the brush by the coyote. The thing is, if you can't keep up, you get left behind. They’re not going to wait for you.”

Another 911 caller told Brooks County dispatch, “They left me, and I don’t know where I’m going.”

Operator: “No food, no water?”

Martinez himself, as well as his deputies, are often called to pick up bodies.

“For me, really nothing is political, everything is factual,” he said. “Any time you pick up seven bodies in three days, there's a big issue.”

Sheriff Martinez provided KENS 5 the number of migrant bodies the sheriff’s office has recovered, starting in 2009 through June of 2021

June of 2012 was the deadliest June on record in Brooks County with 18 bodies recovered. This year in June, based on the numbers provided to KENS 5 on July 1, the sheriff’s office recorded 16 bodies.

“Let's not talk about it anymore,” Sheriff Martinez said. “Let's not point fingers anymore. Let's just do something.”

“Do I sound a bit frustrated? Absolutely,” he added. “Because I go through this all the time, every day, and people don't seem to understand what's occurring and it's happening.”

A spokesperson telling KENS 5, overall numbers could be higher, since provided Border Patrol statistics don’t reflect bodies found by other law enforcement or where agents didn’t participate in the recovery.

“It's frustrating because they don't do anything, and I say ‘they’ – Congress, the people in D.C. – because they're the ones, they are the lawmakers. All we do is enforce what they give us,” Sheriff Martinez said.

“In all the ones we talked to,” Sheriff Martinez said, referring to migrants who survive, “It has to do with jobs. So, what better way than to go back and revisit this and allow them to come to work?”

Congressman Henry Cuellar, a Democrat from Laredo, is working on different aspects of immigration reform. Some of them with Republican colleagues including Texas Senator John Cornyn.

“If we had a guest-worker plan, that was sufficient, that was effective, acceptable. People can come in, go back, and then Border Patrol would then focus on the bad people that are coming in for a different motive, and then we would save lives in there,” Rep. Cuellar told KENS 5.

Rep. Cuellar also said he co-sponsored the Farm Workforce Modernization Act of 2021, which would address the guest-worker plan.

The bill passed the House in March of 2021, went to the Senate, was read twice according to the congressional website that tracks bill movement, and was sent to the Judiciary Committee.

“I believe the 50 Democrats will support it,” Cuellar said. “We got to get that 10 people, 10 Republicans to support it to get to the 60 limit. And that is something that's being worked on in the Senate. We've passed this bill twice last year. We are just, unfortunately, just waiting for the Senate to get its job done.”

KENS 5 asked Senator Cornyn’s staff for an interview on this story regarding Sheriff Martinez’s suggestion and support of a worker program. A spokesperson for Senator Cornyn told us the Senator couldn’t make the interview work with his schedule this week.

Sheriff Martinez has been around for a long time. He participated in the recent state-of-the-border round table with Governor Greg Abbott and former President Donald Trump.

He’s been a part of many discussions before that. He says he has faith a solution is within reach.

“I still believe that someday it'll get done,” he said. “Maybe not in my time, but it eventually will get done.” 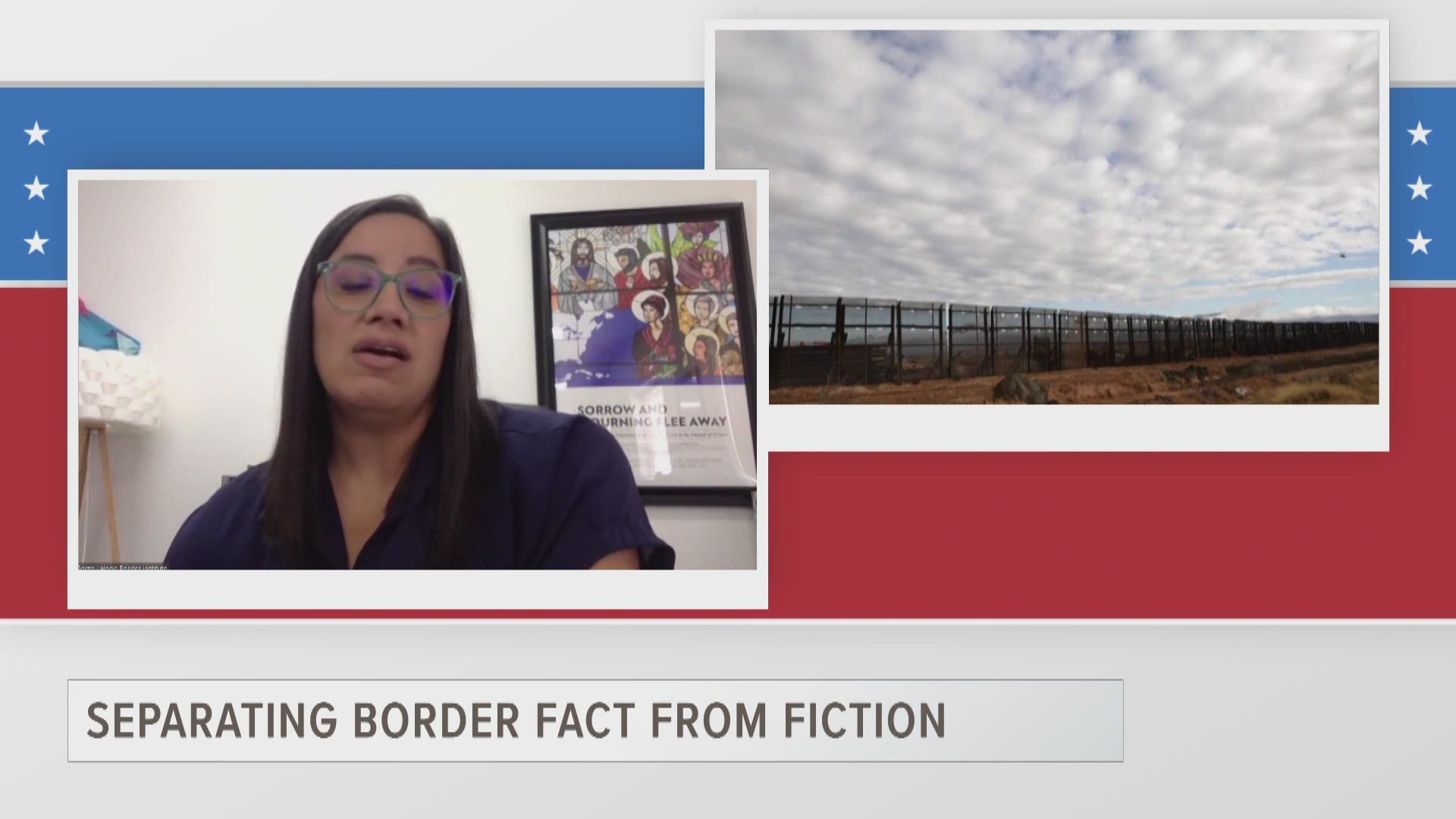