Breaking News
More () »
At The Border

Nonprofit searching for sponsors for migrant teens without family in the U.S.

"We are in need of families that are willing to sponsor teenagers. We also need homes for small families." 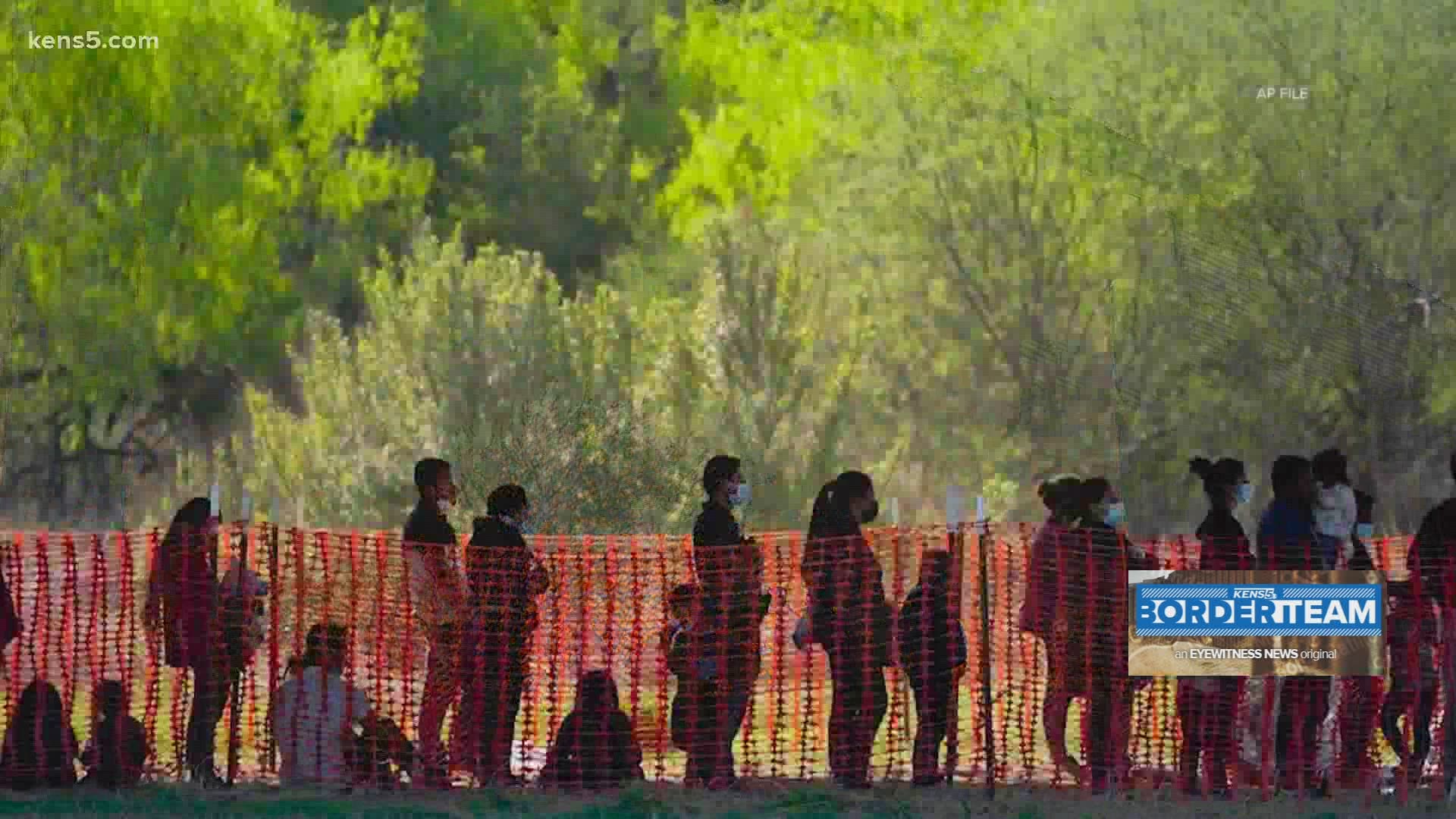 AUSTIN, Texas — It may be difficult for some people to imagine what could push a 15-year-old girl from Guatemala to make the trip to the United States border alone, with no family available to help her in the U.S.

“Carlita” has her reasons not to share those details with KENS5. She’s 18 now and is telling us a little bit of her story on the condition we don’t use her real name or show her face.

Carlita was 15 years old and alone when she made the trip to the United States and crossed the border.

“I was traveling alone and afraid because you never know what is going to happen to you along the way,” she told KENS5 in Spanish. “We stayed in a house for almost a month and we wouldn't eat much because we couldn’t go out. After that, the guide handed me over to immigration. That where they gave us food and I ate.”

“Being inside immigration (facility), it was a horrible thing because there was nowhere to sleep, too cold,” she recalled her experience from a few years ago.

Carlita said she would take care of kids who’d been separated from their parents, at least try to soothe them.

“I would pick them up and carry them around the halls because they would cry,” she said. “They wouldn’t stop crying because they needed to be with their family members.”

Carlita didn’t have any family members in the United States to be released to out of detention.

KENS 5 can’t report how many children like Carlita could still be in Office of Refugee Resettlement custody now, children who have no relative or family member to be reunited within the U.S. because ORR didn’t provide KENS 5 any information after we requested it multiple times over several weeks.

Between detention, group foster home and a long-term foster home, Carlita spent 771 days in custody, according to Every.Last.One., a non-profit that among many other things works with migrant kids in detention.  https://everylastone.org/

Holly Sewell is the Austin-based coordinator of independent sponsorship for Every.Last.One. She helped match Carlita with her sponsor, a family of strangers at first, who opened their home to Carlita.

“We are in need of families that are willing to sponsor teenagers,” Sewell said. “We need homes for teenagers and not only that, but we also need homes for small families. There's a lot of cases where it's a mother and a child that needed a place to stay so they can get back on their feet.”

“Sometimes it's a family of four,” she said. “If you have an extra little house in your back yard, like those kinds of places would be gold right now in order to just give them a starting point, because it's not like they can work right away.”

Sewell started out as a sponsor herself to a boy from Guatemala, separated from his dad after they crossed together in 2018.

RELATED: 'This is not a heartwarming story. It's a tragedy.' | Texas migrant sponsor speaks out on family separation

“Back when the zero-tolerance policy was put into place, I think it was 2018, we started seeing how many kids were being separated from their families and my husband and I thought to ourselves, ‘you know, this could be us in a heartbeat, like all of us are one step away from being a refugee ourselves,” Sewell said. “'If we were put into this position, what would we want for our own children?’ And the answer was that we wanted our kids to be in a safe and loving home, not in these detention centers and a safe and loving home that would also allow us to have access to them on a consistent basis.”

Sewell said now, she’s focusing on building a database and finding the perfect sponsors, so when Every.Last.One. gets a case, a match with a child is possible.

“We're asking a lot,” Sewell said. “We're asking for an open-ended commitment as well, because sometimes if you place, say, a 12-year-old in a household with every intention to reunify that 12-year-old with their family, whether they're here in the United States or whether their family is going to come to the United States, but policies change and circumstances change. The sponsor family needs to be ready for those possible changes, the chance that they may not be able to reunify with their family and to be ready to provide for that child until they're able to take care of themselves.”

“We ask for a lot,” she added, “we do, but there are families out there that are willing to help.”

Rocio Becerril and her husband were willing to help.

“I talked to my husband about it and said, ‘look, we have an extra bedroom. We've talked about adopting or having taken in another child. What do you think if we go through this throughout this process of sponsoring a child who has crossed the border alone by themselves and they have no one to be sponsored by?’” Becerril said. “We just decided to open our own home, to be able to help someone who has clearly crossed the border by themselves. They have no one, no one here in the United States to be able to claim them and say, ‘hey, release this child to my care.”

Sewell matched Carlita with the Becerril family in December of 2020.

“I do consider her to be part of our family,” said Becerril, who has two younger children. “People are really curious. I feel like everyone wants to put a label. ‘Are you a foster parent? Are you her or are you a stepmom? Are you adopting her? What's the situation?’ So, I simply just tell them I'm just a sponsor. And basically, the government has released her under my care.”

Becerril said a non-profit organization that provides legal services in Illinois is helping Carlita with her immigration case. The family is helping her navigate driving, working, learning to live in this country.

But if Carlita is ordered removed by a judge, Becerril said she’s ready to put on her on a plane.

“As much as you want to think that you are helping them,” Becerril said, “I feel like she's come into our life to honestly enrich our lives. Like it's almost like something that we needed that we didn't know we needed.”

Carlita’s case is still moving through the immigration system.

You can learn about becoming a sponsor through Every.Last.One.