Students in East Texas weigh in on 'mental health days' 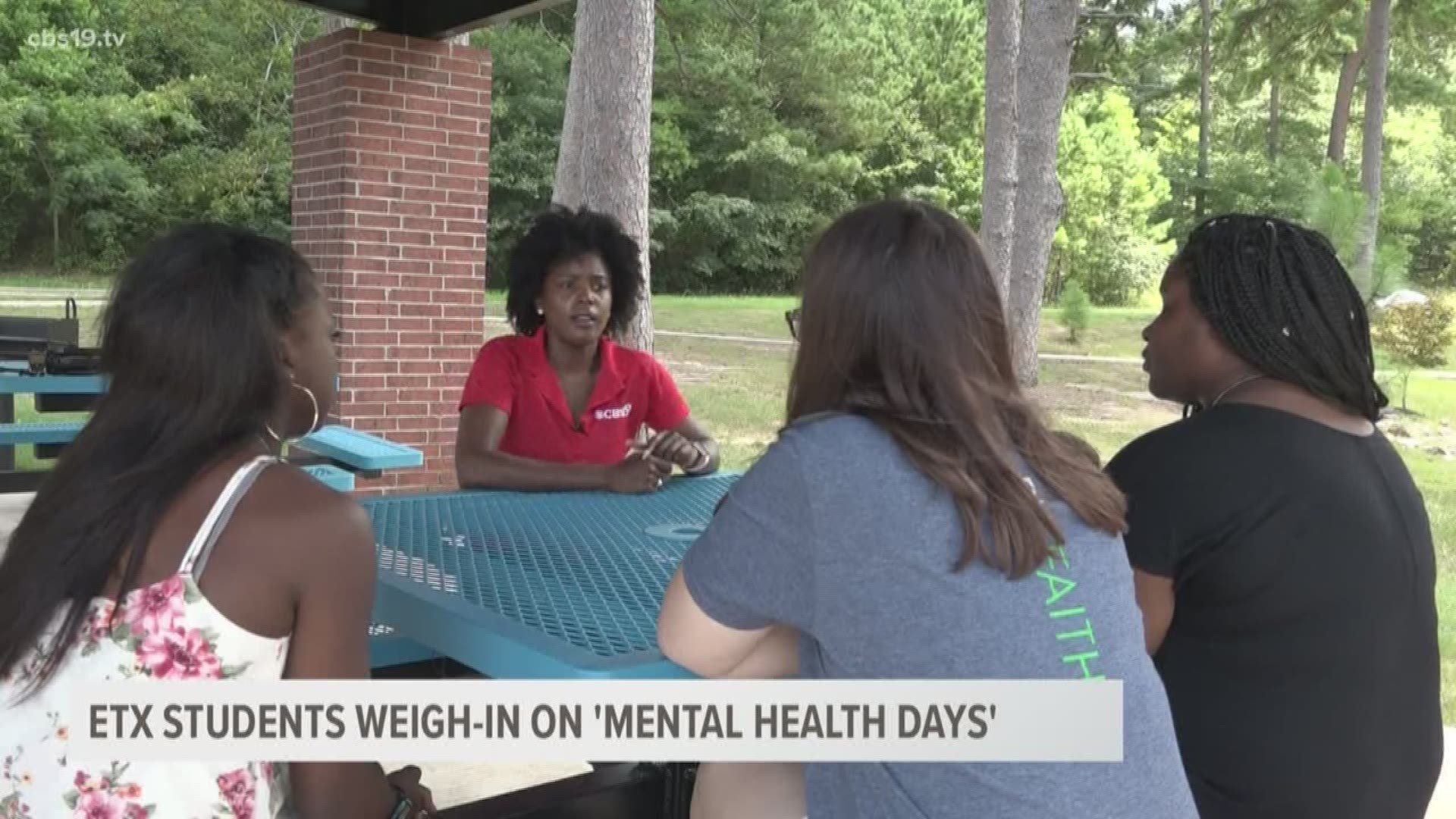 Students in Oregon will now be allowed "mental health days" as excused absences. A bill was signed this week making mental health just as important as physical health after a push by students due to events like the Parkland school shooting.

East Texas students agree with the new law in Oregon saying it would be something they would like to see here.

Mikeya Washington, Brianna Pettyjohn, and Destini Jordan sat down with CBS19's Tashara Parker to explain why they would think mental health days would be beneficial.

Spring is the harder semester for Washington. With homework, track and softball, she is not just drained physically, but mentally, as well.

"There are some times where me and my friends get so caught up in our studies that it affects our mental health and it can be so hard," Pettyjohn said.

"It seems like as each day passes there's more and more negative people, it's kind of like a virus," Pettyjohn explained. "People's emotions and their actions can spread to other people sadly and it's important to take time off and focus on you, so you can get in the right state of mind. So you won't affect your friends and family."

"Social media is a big part of this generation," Jordan said. "And that can also be when you're comparing yourself to other people on social media and you're trying to pass your classes, you're trying to stay on top of everything that you have. It can really take a toll on your body and your mind also. But social media has lot to do with a lot of people needing mental help."

These are all issues that have affected these students causing them to ask their parents for a day off.

While many people are supporting the bill in Oregon, there have been some critics. Washington, Pettyjohn, and Jordan had something to say about that.

They brought up the fact that teachers get vacation time, sick days and personal days, while students are only supposed to be off during district-scheduled vacations. Critics also say students would not use the mental health days as intended.

Jordan explained people with jobs can also make up a story about being sick and go do whatever they want, but there are also those that use their days off correctly. The girls do believe there will be students who use mental health days for the purpose it was intended.