Ted Cruz vs. Beto O'Rourke | How poll results can be so different

There are now conflicting polls in the race to represent Texas in the U.S. Senate. On Tuesday, Quinnipiac University released a poll showing Ted Cruz with a nine-point lead. But Wednesday, an Ipsos poll put Beto O'Rourke up by two points. 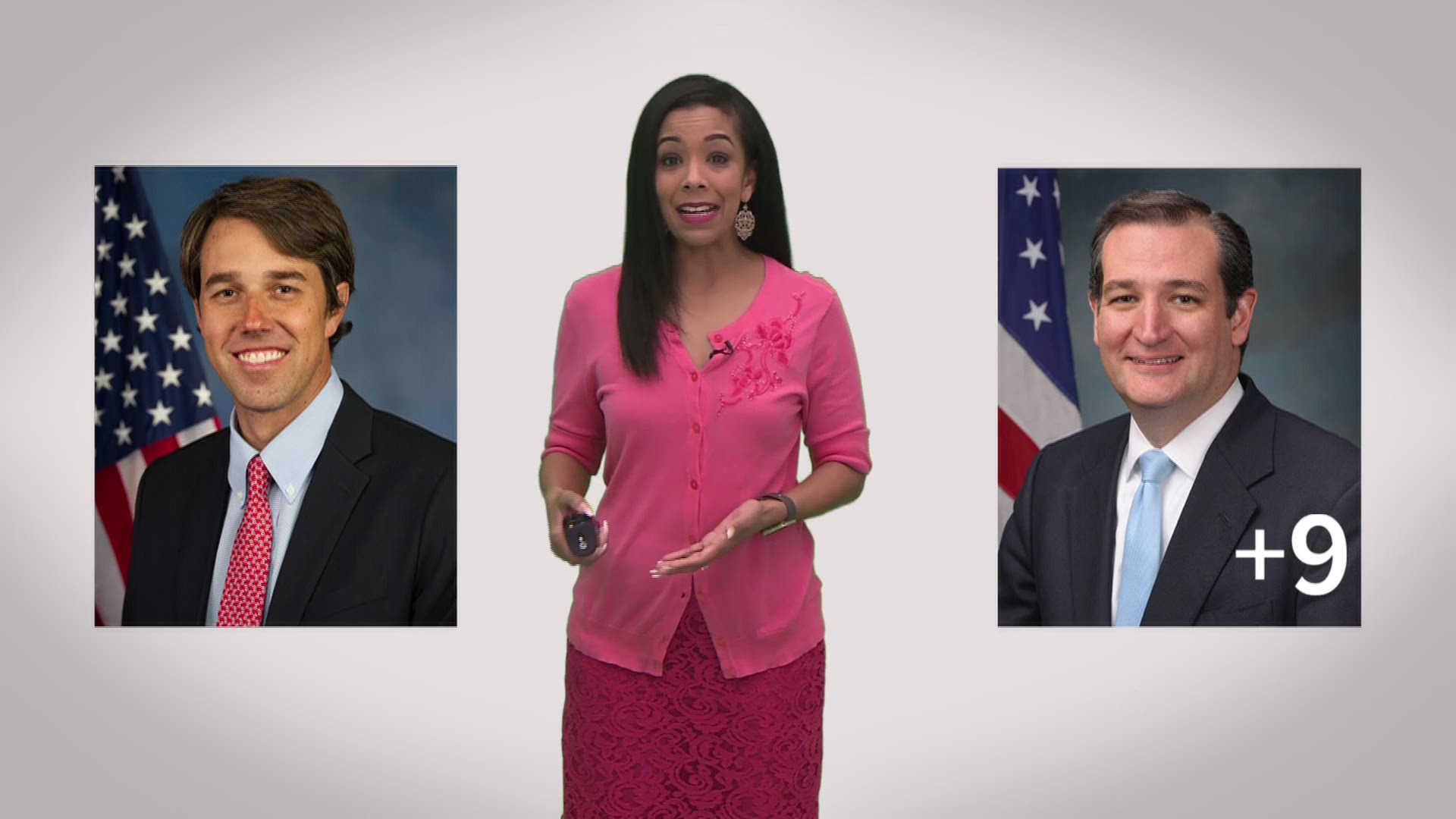 AUSTIN — It seems all eyes are on the heated race between Republican Senator Ted Cruz and Democratic Congressman Beto O'Rourke for a seat in the U.S. Senate. And the question of "Who's in the lead?" has a different answer depending on when and who you ask.

Tuesday, Cruz was up by nine points in the polls and then Wednesday, a different poll had O'Rourke up by two points. That's a significant shift because Wednesday's poll is the first to give O'Rourke the the lead.

But how can the polls have such different results?

"There are different polling techniques," said Sherri Greenberg , Clinical Professor at the LBJ School of Public Affairs at the University of Texas Austin.

An important thing to know about both polls is the Quinnipiac University Poll, that has Cruz up by nine points, and the Ipsos Poll, that gives O'Rourke a two-point lead, can't be compared to polls we've seen in the past because of who the researchers are polling.

"Up to this point, most, if not all the polls, have been of registered voters," explained Jim Henson, director of the Texas Politics Project at the UT. "This is a poll of likely voters in which polling companies use different methods of, if you will, filtering the pool of voters that most of us have been polling through spring and summer to begin to try to make a judgment about who is more likely to show up and actually vote on election day."

So, the pollsters likely have different criteria for who's likely to vote.

Another factor is how the poll is conducted. Quinnipiac pollsters called people, while the Ipsos poll was done online.

So, is one company more reliable than the other?

Quinnipiac is held in high regard in the world of political polling.

"The disclosure on the poll shows it to be sound," said Henson. "Quinnipiac, well respected, does good work."

But don't count Ipsos out.

"If you look at FiveThirtyEight, which is a website that has all kinds of polls and rates them, it gave Quinnipiac, I think an A-, and the Ipsos, which is doing it with the University of Virginia and Reuters this time, a B+. As a professor, you know B+ versus A-, who's to say," said Greenberg.

Bottom line, the polls are going to fluctuate as we get closer to election day.

"I just don't think that you can look at a single factor or poll in isolation. So don't do that," said Greenberg. "I think what's important is to vote. To educate yourself on the issues and the people and to vote."