"Based on the College’s internal investigation, the findings were reported to federal law enforcement agencies for criminal prosecution." 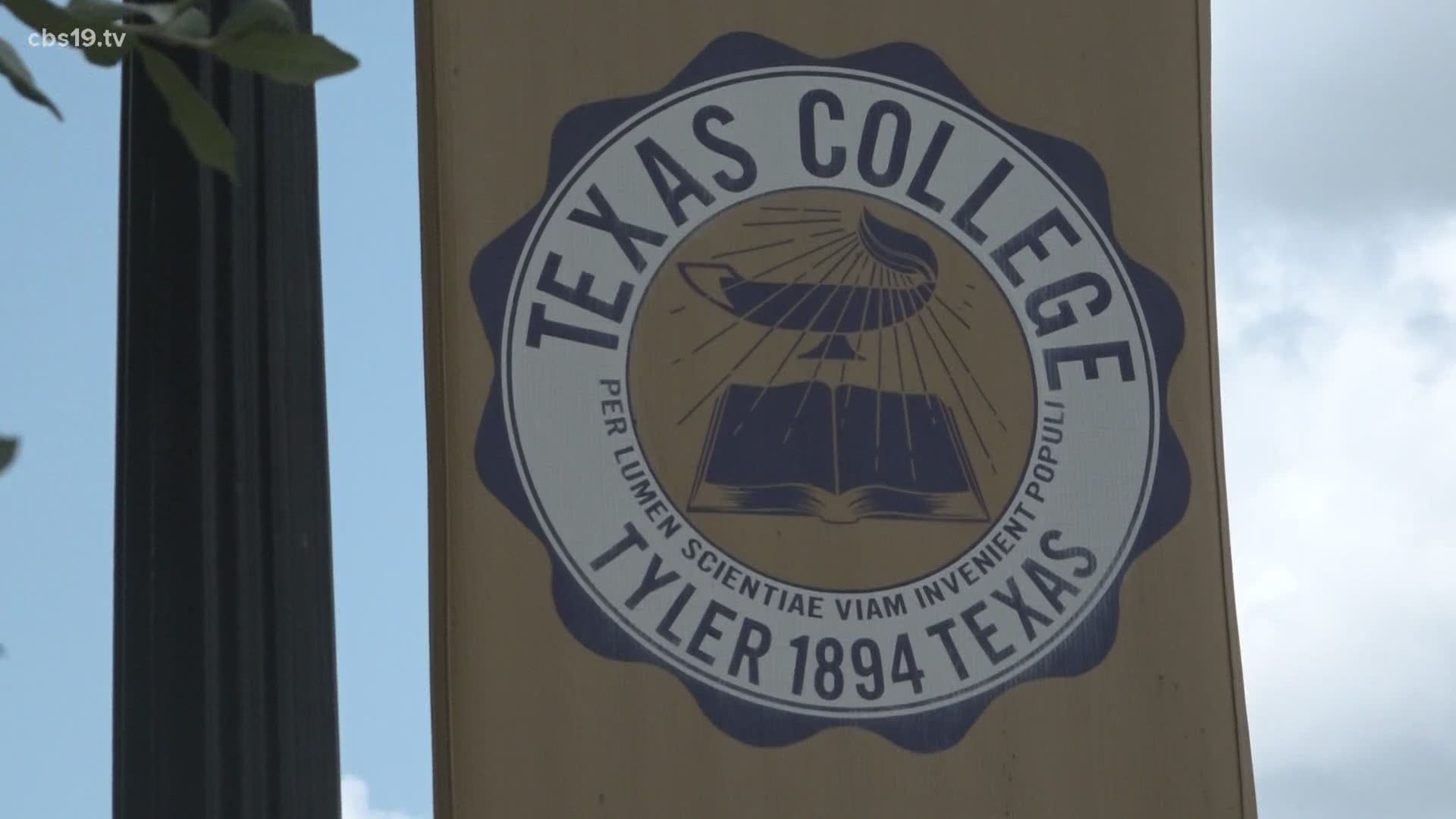 TYLER, Texas — Some Texas College students are under federal investigation for money awarded in scholarships and loans that the school says they may not have deserved.

Relicia Morrison graduated from Texas College in the spring as valedictorian.

She was planning to apply to Berkley College of Music for her masters, but after getting a letter from Texas College, she's not sure what her next step will be.

Morrison's $10,000 debt comes from two sources. One is the presidential scholarship that's roughly $8,000. The other $2,000 is from a federal unsubsidized Stafford loan.

"Where is this coming from?" said Morrison. "You know I've asked everything." "They wouldn't have even cleared me to, you know, graduate if I had not met all of my academic and financial requirements."

Morrison says because her balance has not been paid, she cannot get her transcript to apply to a master's program.

"I sent the email to the financial aid, the new head director, I cc'd the entire administration, just stating, why is this happening," said Morrison.

Morrison says she sent two emails and made numerous phone calls to Texas College for roughly a month and a half without getting a response.

It wasn't until CBS19 began reaching out to Texas College on Monday that she got a response.

However, instead of someone from the college reaching out, Dallas Tharpe, a lawyer representing Texas College contacted her.

Tharpe wrote in the email, Morrison did not qualify for the presidential scholarship in the fall of 2019 and spring of 2020 because she only took 10 1/2 credit hours in the spring of 2019 when 12 are required.

"Since they say for scholarships it's supposed to be 12 credit hours if we're being technical, yes," said Morrison. "However, did I drop the ball on that?" "No, that is something that they're going to have to take up with their previous head of financial aid."

"I called the US Department of Education and also the service that serviced me my loans, pretty much," said Morrison. "And they both told me that my loans and accounts don't look... they look okay."

After speaking with Tharpe Thursday morning, the lawyer shared this statement with us.

"The U.S. Department of Education notified Texas College that certain students were likely disbursed federal financial aid funds for the 2019-2020 academic school year that they were not entitled to receive. For each student that was awarded more federal aid than the U.S. Department of Education’s Common Origination and Disbursement system showed they were entitled to receive, a further investigation was conducted into all aid, federal funds or otherwise, the student received for the 2019-2020 school year. It was determined that some of these students also received other types of aid for which it appears they never applied for, were approved to receive, or were qualified to receive. The investigation revealed a common link between all individuals involved and that these believed improper disbursements did not appear to be mistakes or random.

Based on the College’s internal investigation, the findings were reported to federal law enforcement agencies for criminal prosecution. Special Agents with the Office of Inspector General and the Secret Service have now taken over the investigation."

Tharpe could not share how many people at Texas College are involved in the case nor the amount of money that may have been improperly awarded.