With the 21st highest housing wage, not a single county allows minimum wage workers to live in a modest apartment while working 40 hours a week. 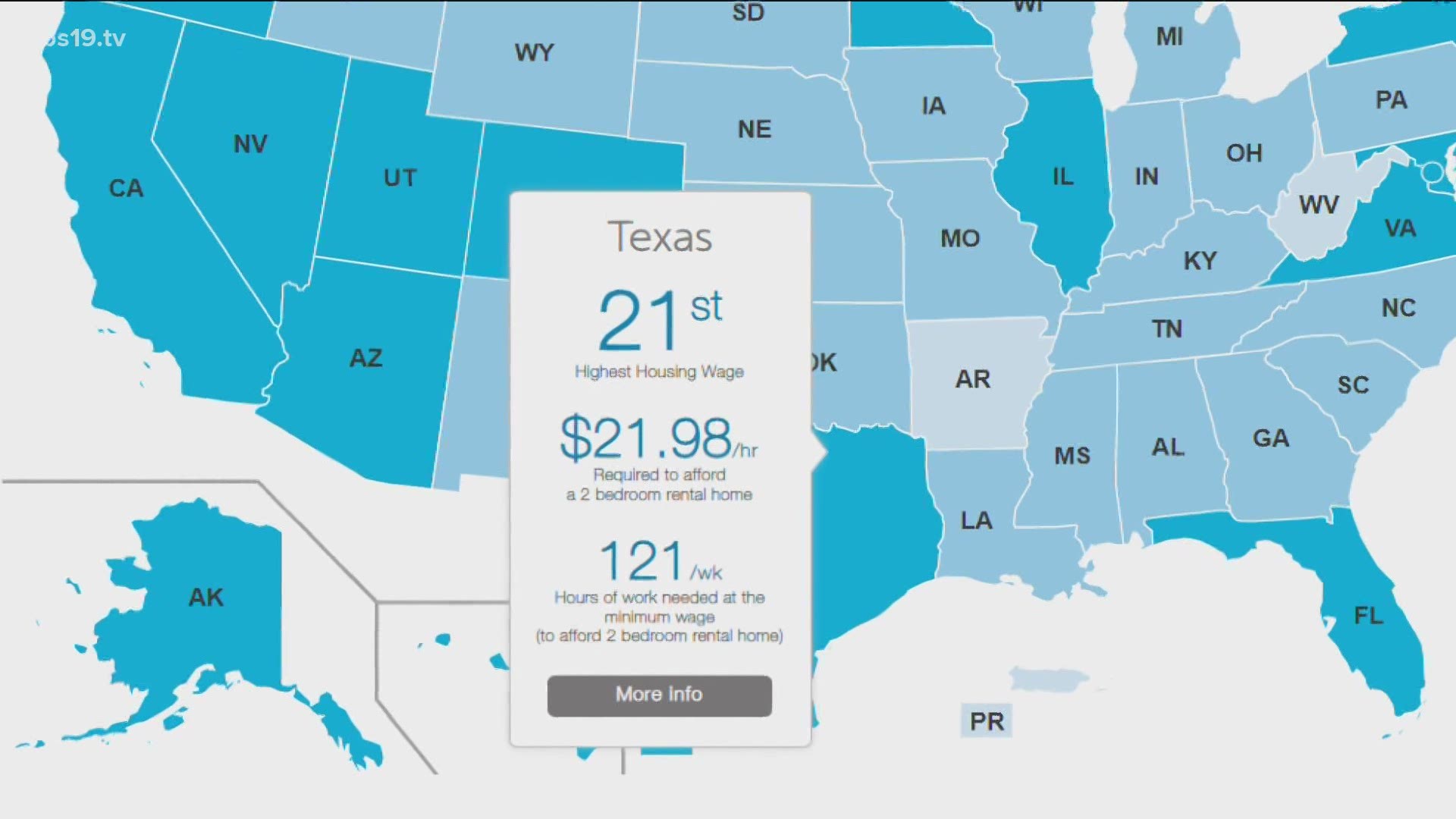 A report from a national housing organization reveals the cost to afford a decent apartment statewide isn't obtainable for many low-income Texans.

According to a new report from the National Low Income Housing Coalition, there is not a single county in Texas where a minimum wage worker can work 40 hours a week and comfortably afford a decent rental home.

Nationally, Texas ranks 21st for the highest housing wage. As many Texans spend 55% of their income already on rent and utilities, 25% above the average, Mark Richardson, PATH Programs Director says the cost isn't feasible:

"They live so close to the line. They cannot afford any glitches, any unexpected expenses can mean not paying their rent."

in order to afford a 2 bedroom rental in Texas-- an individual would have to make $21.98 per hour; however most residents do not. Most employers are raising their hourly pay to compete with other businesses. "Even though the federal minimum wage is 725. wage rates are market driven, just like any other thing, whether it's housing, which I referenced earlier, you know, is supply and demand and the supply of workers that are willing to go to work for an employer at the federal minimum wage of $7.25 is is almost non existent" says Scott Martinez, president and CEO of the Tyler Economic Development Council.

According to the report, residents working minimum wage jobs in Texas would have to work 100 hours a week to afford a modest one-bedroom apartment. Richardson says "there's no way they're going to get ahead".

In Smith County, the fair market rent is $899 a month, but for minimum wage workers they can only afford $377 a month in rent. There are housing resources in Tyler, but spots are limited and many of them have waitlists. When none are available, residents are homeless:

"That's where the majority of the homeless society is..couch surfing. It's a a very unfortunate situation and there is very limited public housing" says Richardson.

Martinez believes Tyler is moving in a positive direction economically:

"I think people have a great opportunity here in Tyler and Smith County, because they can actually get training through Tyler Junior College, through UT Tyler through Texas College, where they can become a better skilled employee to get higher level jobs."