The Texas Senate Redistricting Committee faced some setbacks in the process with the coronavirus pandemic. 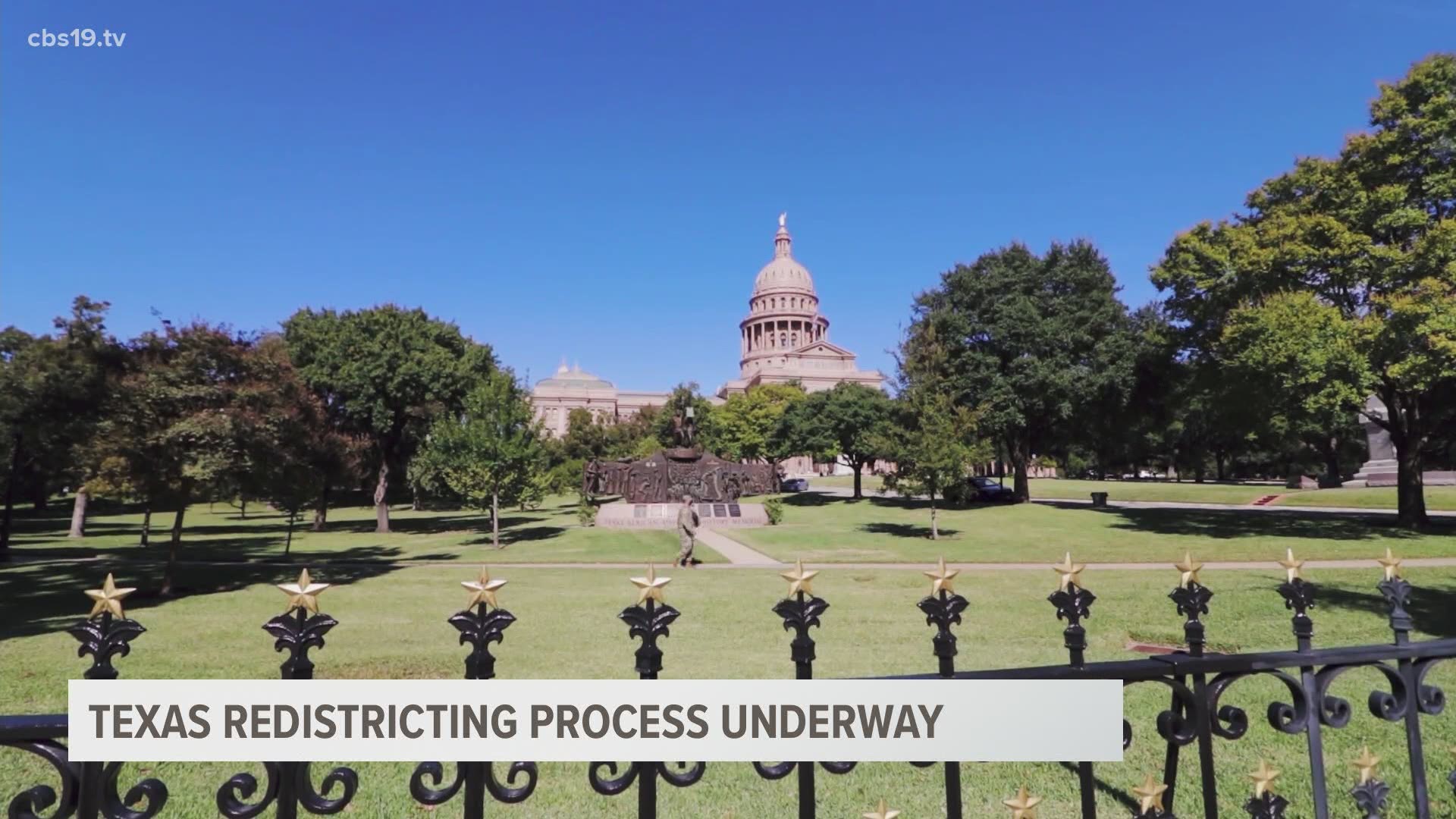 TYLER, Texas — Every decade following the U.S. Census, the state of Texas' political boundaries are re-drawn.

The primary reasons are to ensure representative districts (senate, house, congressional, and State Board of Education, as well as local government bodies) must have equal or nearly equal populations. Secondly, districts must be drawn in a way that neither has the purpose nor will have the effect of denying the right to vote on the basis of race, color, or language group.

The Texas Senate Redistricting Committee faced some setbacks in the process with the coronavirus pandemic. Instead of hosting regional hearings ahead of the legislative session, it began with no updates to the redistricting process.

On Thursday, the committee announced that a resolution had been passed allowing regional meetings to be held virtually through Zoom. There are 12 hearings scheduled from Jan. 25 through Feb. 27.

Although the regional hearings are organized around certain regions and population centers, people can talk about any part of the State at any hearing.

David Stein, chairman of the Republican Smith County Party, says each political party wants to use the mapmaking process to their advantage.

"They're going to try to draw the lines where it makes sense for representation, but yet, if you have pockets of one group that may lean one way or the other, you may see people fight for that in a particular district," Stein said.

LaShun Roy, president of the Smith County Democratic Club said the potential gerrymandering that can happen during this process is why it's vital people use their voice.

"They [the Senate Redistricting Committee] will be able to essentially manipulate the boundaries, so as to favor one party or class," Roy said. "Just to break that down, it basically means that instead of the elected officials, working for the people, it's like the elected officials get to choose the people they work for."

2021 marks the first time lawmakers in Texas can set political boundaries without federal oversight after the Voting Rights Act was gutted in 2013 by the Supreme Court. Previously, Texas was barred by law from discriminating against voters of color with the Voting Rights Act. Yet every decade, Federal Judges have ruled at least once that the state violated this with the redistricting process.