Smith County Elections administrator Karen Nelson has been named in a federal lawsuit alleging that the state and counties have discriminated against naturalized citizens and people of color by flagging their voter files for citizenship review. 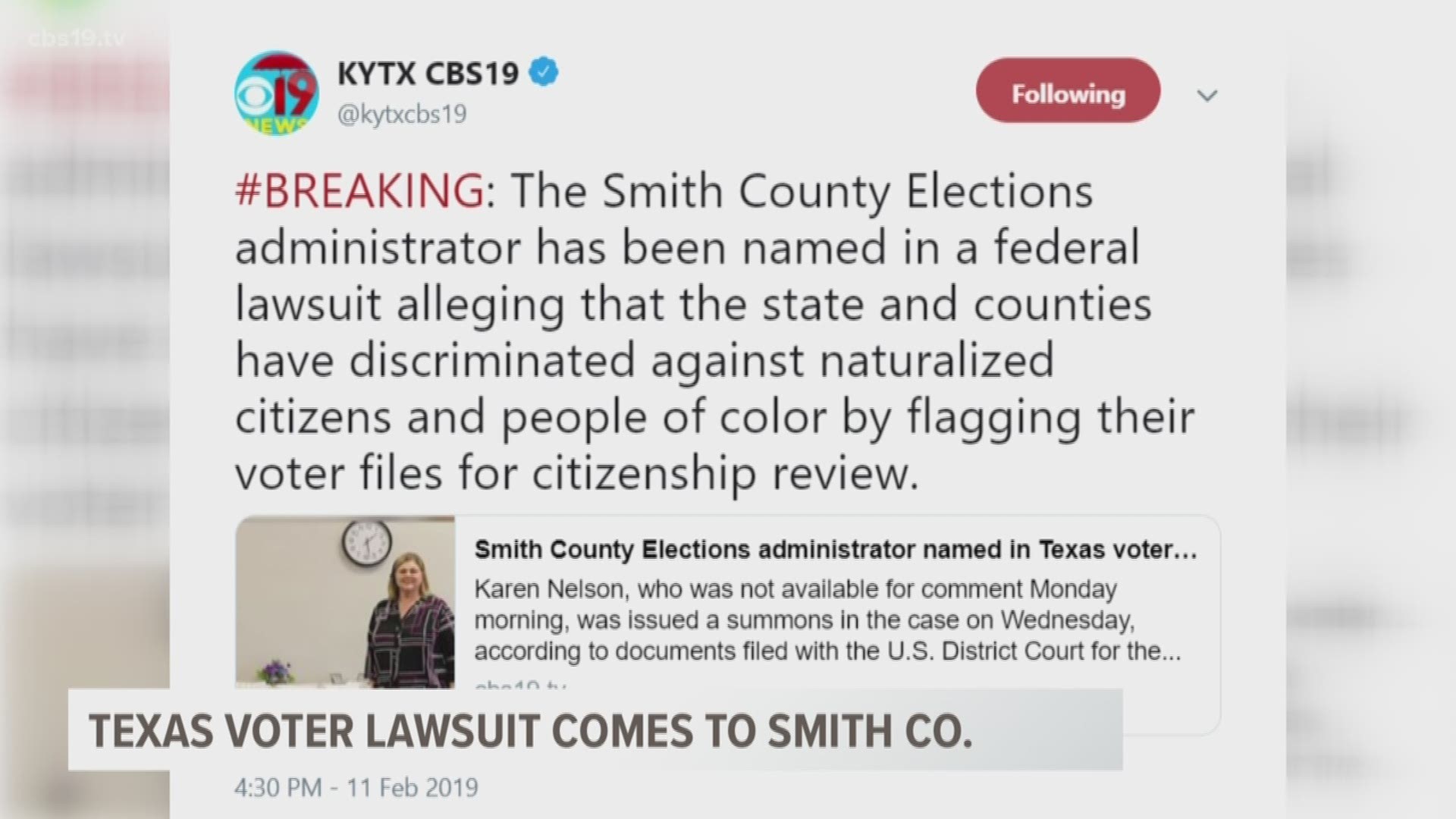 Almost 300 of these names, were residents of Smith County.

This list has since been found to have naturalized U.S. citizens on it. Those citizens, once contacted by their county voting office, are now required to prove their citizenship within 30 days, or face losing their voter registration.

As a result, many civil rights organizations have filed lawsuits against Texas authorities, including Smith County Elections administrator, Karen Nelson.

Nelson’s name was included in a lawsuit filed by multiple civil rights organizations, including the Move Texas Civic Fund and League of Women Voters of Texas, that claims the list regards naturalized citizens as second class.

The ACLU of Texas has filed their own lawsuit against Texas Secretary of State David Whitley and Director of Elections Keith Ingram.

ACLU staff attorney Tommy Buser-Clancy, said their lawsuit aims to stop the use of the list.

Buser-Clancy also elaborated on the assertion that the list treats naturalized citizens as second class.

“Essentially they have to re-prove that they are eligible to vote in Texas and the United States, and that’s a burden that U.S. born citizens aren’t being asked to bear. So it discriminates against naturalized citizens in the way the list was designed.”

Upon the release of the list on January 25th, Secretary Whitley stated on Twitter, “Integrity and efficiency of elections in Texas require accuracy of our state's voter rolls.”

CBS19 reached out to Karen Nelson, but she was unavailable for comment.

For more information on the ACLU's lawsuit against Texas authorities, you can visit aclutx.org.