Under the COVID-19 Relief Plan, President Biden proposed raising the federal minimum wage to $15 an hour. 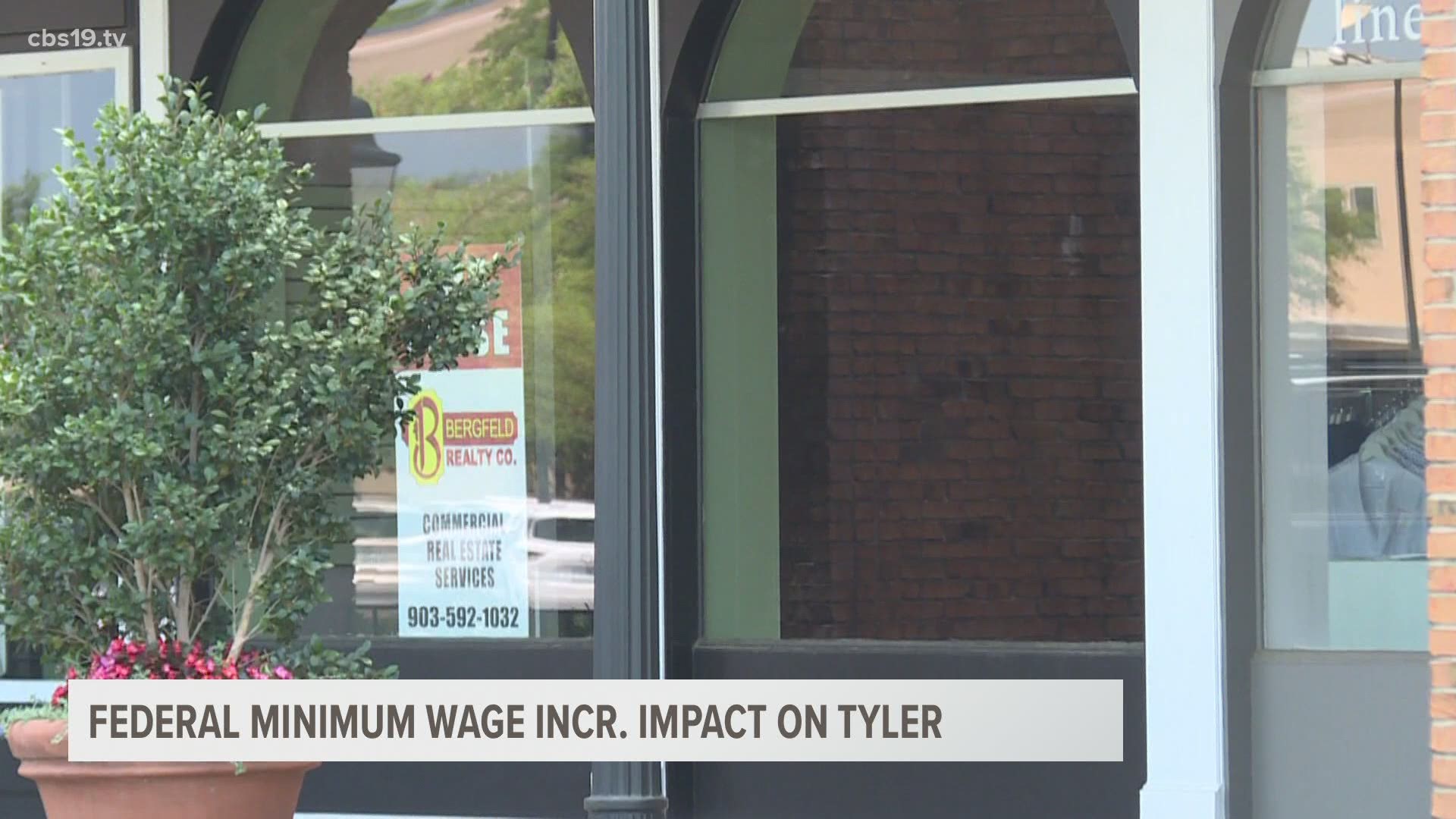 TYLER, Texas — After President Biden announced his plan to more than double the federal minimum wage rate from $7.25 an hour to $15, it's left people feeling mixed about the impact on the economy.

The federal minimum wage was last changed in 2009, but 29 states, as well as Washington D.C., have a rate greater than or equal to $8 an hour.

Scott Martinez, CEO of the Tyler Economic Development Council, said his worry about the increase is the timing of it.

"According to one study, you had 30% of small businesses that went under because of the pandemic," he said. "Then, if you put this extra burden on say, a dry cleaning business that is at the wage rate, that will be impacted by $15 minimum wage. And then you stack that on top of demand being less because people are working from home for that particular business sector, it produces problems that are already problematic for an industry like dry cleaning."

The City of Tyler has a variety of businesses with the three main industries: manufacturing, food processing and education. Martinez said he sees many local businesses offering higher earnings than the federal rate.

"Pre-pandemic, and even now, we're experiencing low unemployment rates when you compare us to the rest of Texas, and the rest of the United States," Martinez said.

A report from the Congressional Budget Office in 2019, found that increasing minimum wage would have mixed effects. The data showed if it was raised to $15 by 2025, 17 million workers would have their salaries increased and 1.3 million people would then be out of poverty. The report also stated 1.3 million other workers would then be out of a job.

"There's correlation between the labor costs and what the price that business will have to charge customers," Martinez explained.

Martinez said while he's not against people making more money, he just doesn't feel increasing minimum wage during the pandemic would benefit the economy or small businesses.

RELATED: US jobless claims decline to a still-high 900,000