The Toll 49 Segment 6 Project is an initiative of NET RMA to explore potential route options for an extension from State Highway 110 north to U.S. Highway 271 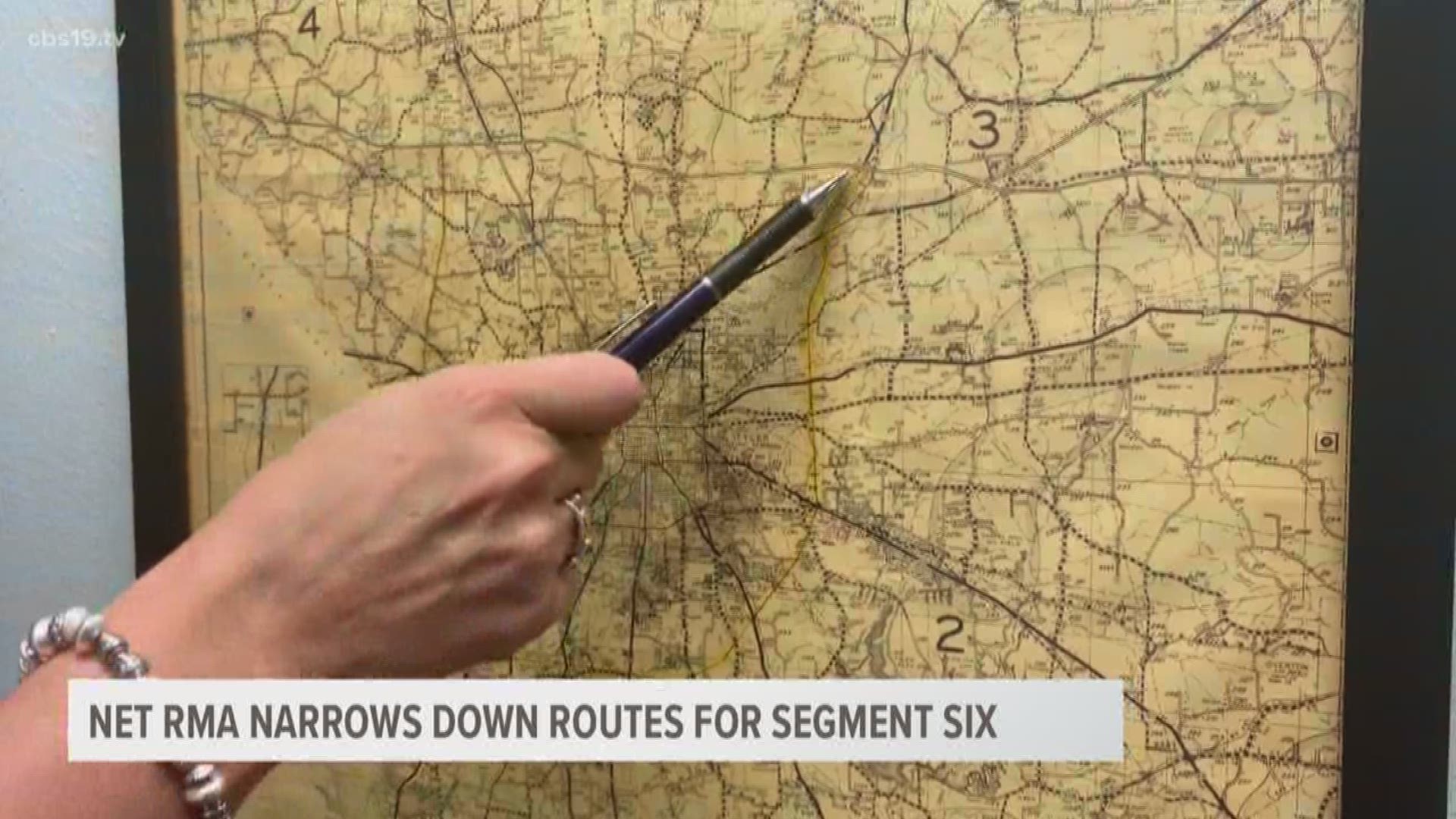 The expansion is to complete an 'outer loop' around Tyler, which has been in the works for decades. It would connect SH 110 north to US 271.

The purple, yellow and teal routes have been chosen to move forward after the preliminary results of a feasibility study based off of different criteria.

A traffic study, construction costs that included purchasing right-of-ways, the costs of closing oil and gas wells, as well as public input through a survey were used to pick the three paths.

The feasibility study also showed NET RMA potential issues that resulted in some of the routes changing. The purple route did not change though.

"The yellow route actually has an adjustment because at State Highway 31 and FM 850 there's an offset intersection there," said Atlas. "So we shifted that yellow around a little to the west."

The intersection at those roads, would require work by the Texas Department of Transportation. One of the things evaluated before NET RMA builds a road is if it can be done independently.

"The project you're building can't rely on another project in order to be completed," explained Atlas.

A similar issue was found with the teal route when State Highway 64 and Spur 248 and County Road 219. Atlas said the route was shifted to the east to fix that problem. This change also causes less homes to be impacted if the teal route is chosen, instead of 33 houses, 16 would be affected.

"We look forward to formally beginning the Environmental Impact Statement process in the coming months to narrow those routes down further,” said Chris Miller, Executive Director for the NET RMA. “A final decision on what could potentially be built is anticipated in 2022.”