Tyler Junior College is celebrating the 50th anniversary of the Apollo 11 moon landing with planetarium shows and various activities. 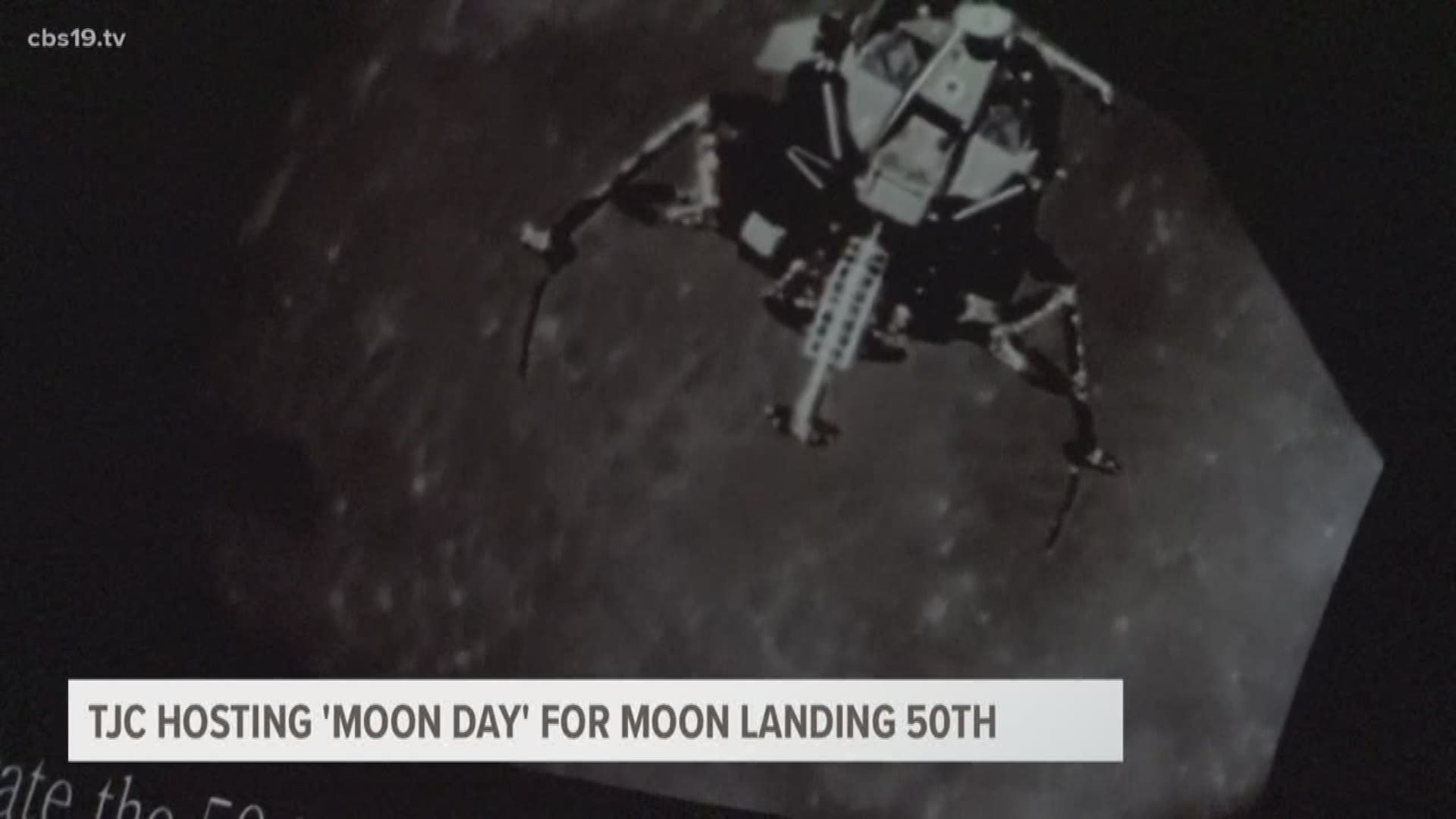 TYLER, Texas — Today marks the 50th anniversary of the launch of Apollo 11. With this milestone approaching, Tyler Junior College will be hosting "Moon Day" at their Center for Earth and Space Science Education on Saturday, July 20.

The cost of admission will be $5 for adults and $3 for children, seniors, and students. Visitors will be treated to multiple planetarium shows and interactive activities such as model rocket building and studies of lunar rocks.

The Center for Earth and Space Science Education also houses some incredible exhibits.

"This is a lunar meteorite. It's a chunk of the moon, it wasn't brought back by any astronauts, but it's a piece of moon rock that fell to the earth," center director Dr. Beau Hartweg said. "And it's actually only one of 14 that have been approved by NASA, pointing out the meteorite in its glass enclosure.

Hartweg says this event is meant to reignite the spark of curiosity that brought us to the moon back in 1969.