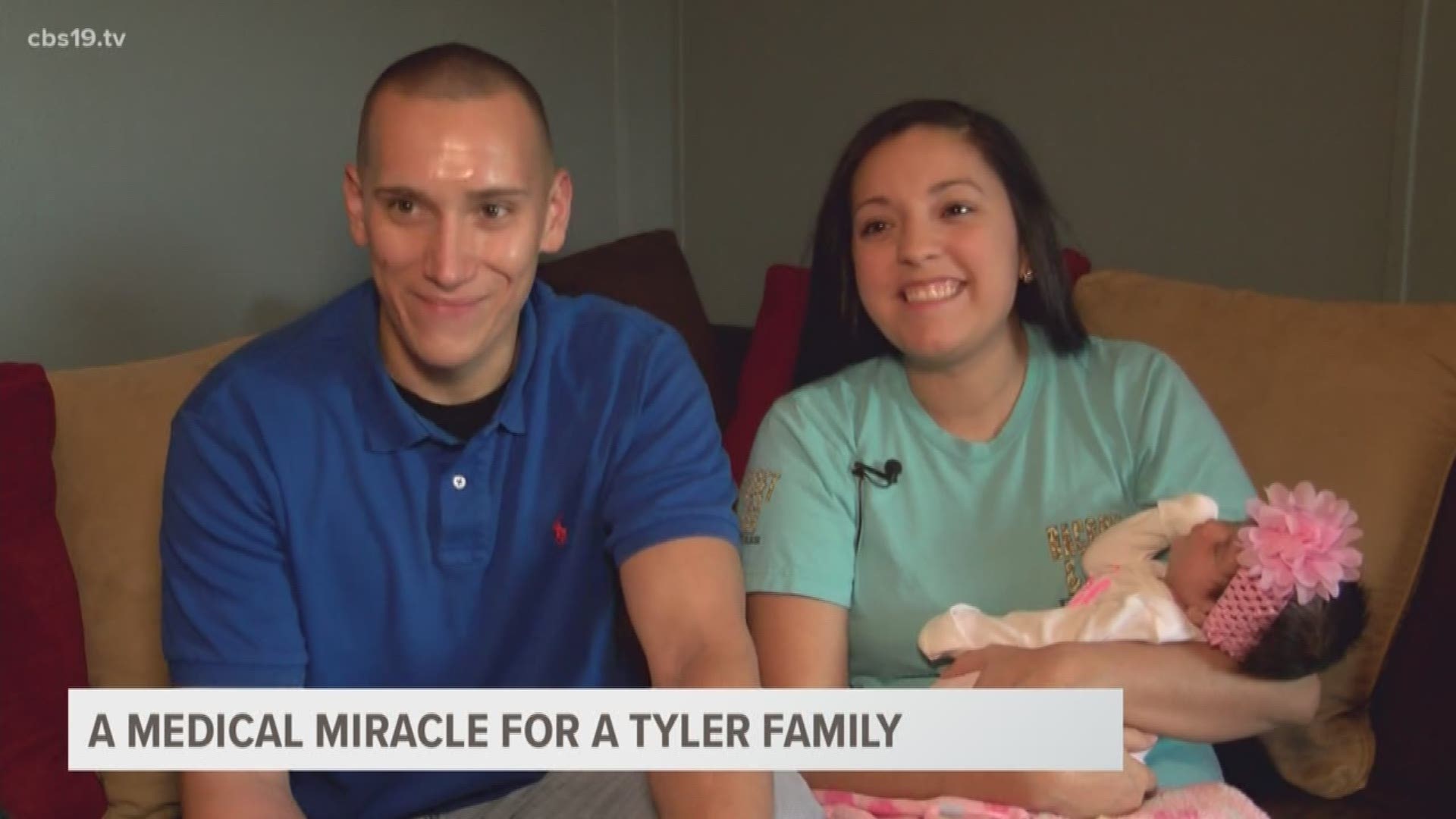 DALLAS — Amari Martinez, of Tyler, is nearly 1-month-old and thriving after a successful surgery for spina bifida was performed when she was still in her mother’s womb at the Fetal Care Center at Medical City Children’s Hospital.

The East Texas infant was only the second open fetal surgery performed at the hospital.

Spina bifida is a birth defect caused when the spine and spinal cord do not form properly, in many cases leaving a portion of the spine exposed. Without medical intervention, the condition causes differing levels of disability, which can include paralysis and lifelong bladder issues.

Hydrocephalus is a condition in which excess fluid builds up within the ventricles of the brain and can cause brain damage or death, if left untreated.

“I’ve heard of spina bifida before but I guess you never think it can happen to you until it does and then, I don’t know, it’s life changing,” Martinez said.

Dr. Crombleholme is one of only a handful of surgeons nationwide qualified to perform open fetal surgery and he is widely recognized for his skill and successful surgical outcomes.

A multi-disciplinary team of specialists cared for Allie and Amari including a maternal-fetal specialist, pediatric neurosurgeon and specialized, highly trained fetal nurses. This complex open fetal surgery was performed on October 18, 2018, and should help mitigate lifelong disabilities caused by spina bifida.

The concept of the surgery borders on science-fiction; surgeons open the mother’s uterus, access the child, still inside, and repair the site of the spinal defect.

They then close everything back up, and deliver the baby by C-section when the time comes.

“I was scared but I was just trying not to show it I guess. You got to be strong of course, carrying a baby and having a high risk pregnancy," explained Martinez. "After that you got to remain calm and not stress out because, of course, you stress the baby out. So I mean it happened and everything went good and she’s perfect.”

Amari is now one month old, and doctors say she is in good condition.

“We know she’s going to have a lot of doctors appointments and everything but we want her to have as normal a life as possible," Martinez said. "Not to be treated any differently."

Bringing care closer to the patient has been an ongoing goal for Medical City Dallas.

Maternal Fetal Medicine services are now being provided in Tyler for families facing high risk pregnancy, along with immediate access to Medical City Dallas, if needed, which offers the highest levels of care for unborn babies and their mothers, including the full scope of fetal surgeries.