Protesters are expected to congregate at the Broadway Square Mall Saturday as the Black Lives Matter protests continue in Tyler. 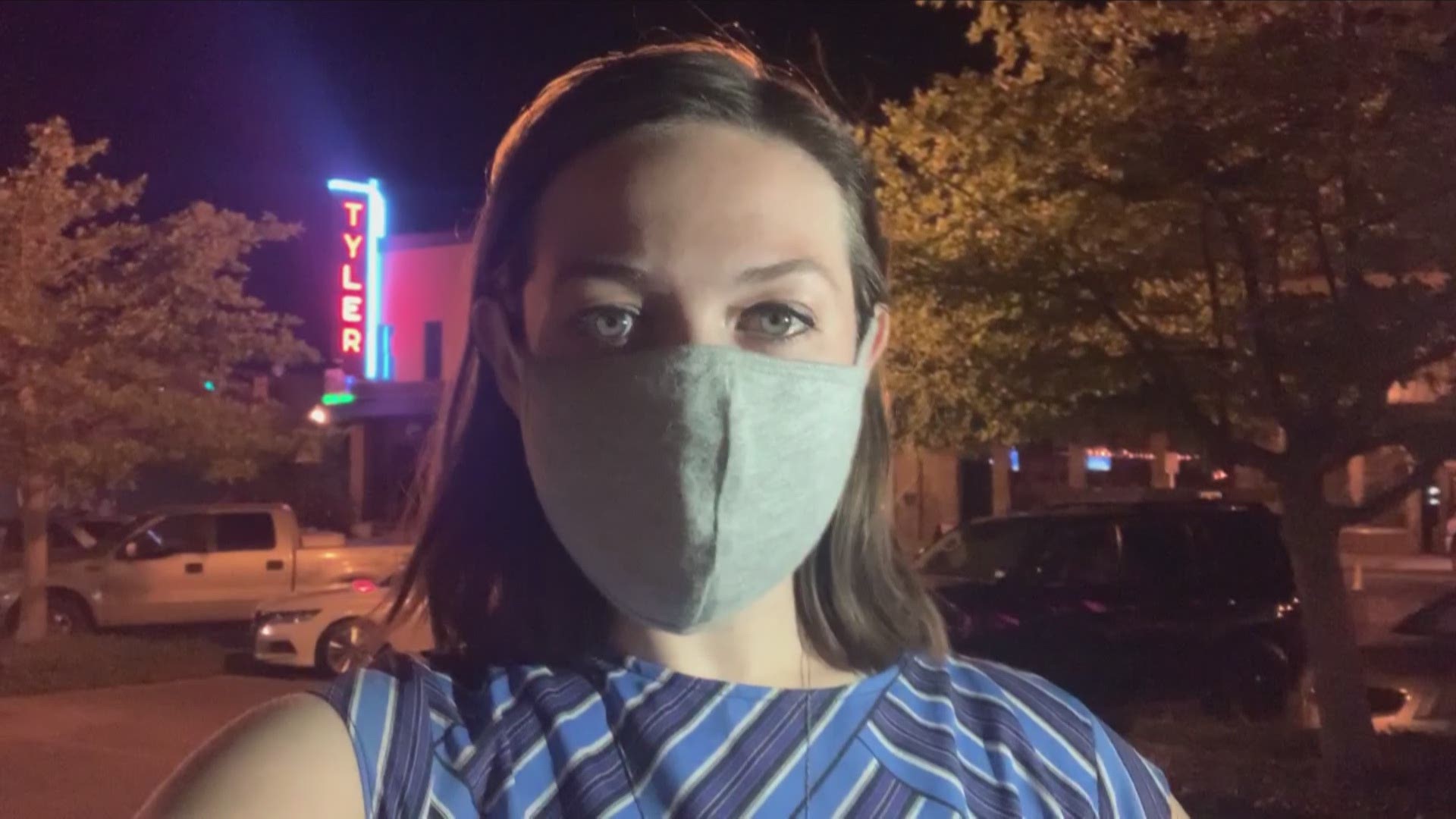 TYLER, Texas — From large gatherings of several hundred people to a handful chanting and holding up signs, protesters continue to gather in Tyler for the Black Lives Matter movement.

All of the Tyler protests have remained peaceful as protesters have told CBS19 they don't want anything to take away their message. Wanting to learn more about how people were feelings at this time, a blank poster board was taken to Friday's protest.

More than 30 protesters took time away from chanting and holding up their own signs to express themselves.

At one point during the evening, the group listened to Martin Luther King's 'I Have a Dream' speech after one of the protesters wrote, 'We are the dream team,' which King says in the speech.

After about two weeks of protest, no violence has erupted from protesters, bystanders or police.

A group is expected to meet at the Broadway Square Mall Saturday at 7 p.m. exactly two weeks since the protesting began in the Rose City.