UT Tyler researchers use Zebrafish to learn about autism genetics

UT Tyler professor Brent Bill has seen the effects of autism first hand in his brother. This has inspired him to research autism treatments for over a decade. 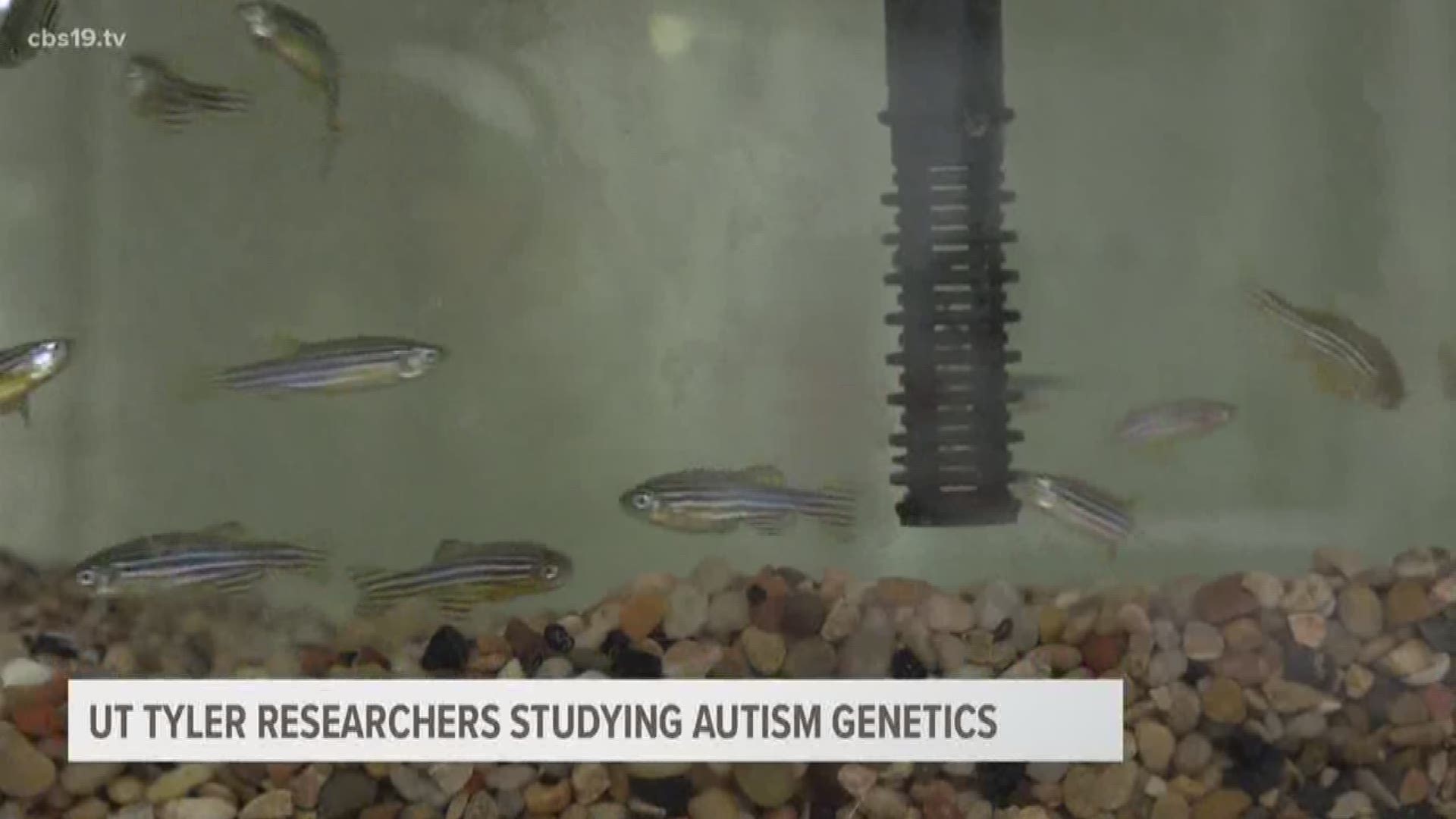 TYLER, Texas — Dr. Brent Bill has been studying the genetics of autism for eleven years, but he hs been watching the effects of the disorder nearly his entire life.

"My motivation behind researching autism is that I have a brother, he's 42 years old and he has autism spectrum disorder," Bill said.

As autism research progressed, Bill's brother received an exact diagnosis of autism, but the root cause of his disorder has yet to be discovered. Bill says there are many others like him.

"We finally got an autism diagnosis when he was eight," Bill said. "But one of the things that still hasn't been done for him is we've never really known what the cause of autism was. Things have changed a lot in the past 30 years of autism research, but we're still only able to diagnose about 30% to 40% of the kids with a genetic cause."

Bill’s current research at UT Tyler is focused on this dilemma.

"If you're trying to treat or use a drug to make the symptoms less, you need to understand what's going on in the brain," Bill explained.

There are currently over 800 genes associated with autism. Bill’s research aims to learn more about these genes and how to treat them.

In pursuit of this goal, Bill has enlisted the help of some surprisingly common creatures, Zebrafish.

You might find this fish in an everyday pet store, but for the researchers at UT Tyler, they serve a greater purpose.

Bill and his team use various types of genetic engineering, in which they remove certain genes known to be associated with the behavioral disorder. It helps them learn more about how to treat each individual case of autism.

"As we start to build up our knowledge of these different genes, this is going to provide us a way to look at the different types and the different varieties of neurologic phenotypes that we can see," Bill said. "And so it'll get us to a place where we can look for different types of treatments, depending on the type of autism a specific person has."

Bill says he hopes his research will help people like his brother.

"My goal is to find pharmaceuticals that are going to help those kids that are on the most severe end of the spectrum. So I want to be able to help the kids like my brother, who are nonverbal, not able to really live on their own," Bill reflected. "I really want to focus on that most severe class of autistic kids."