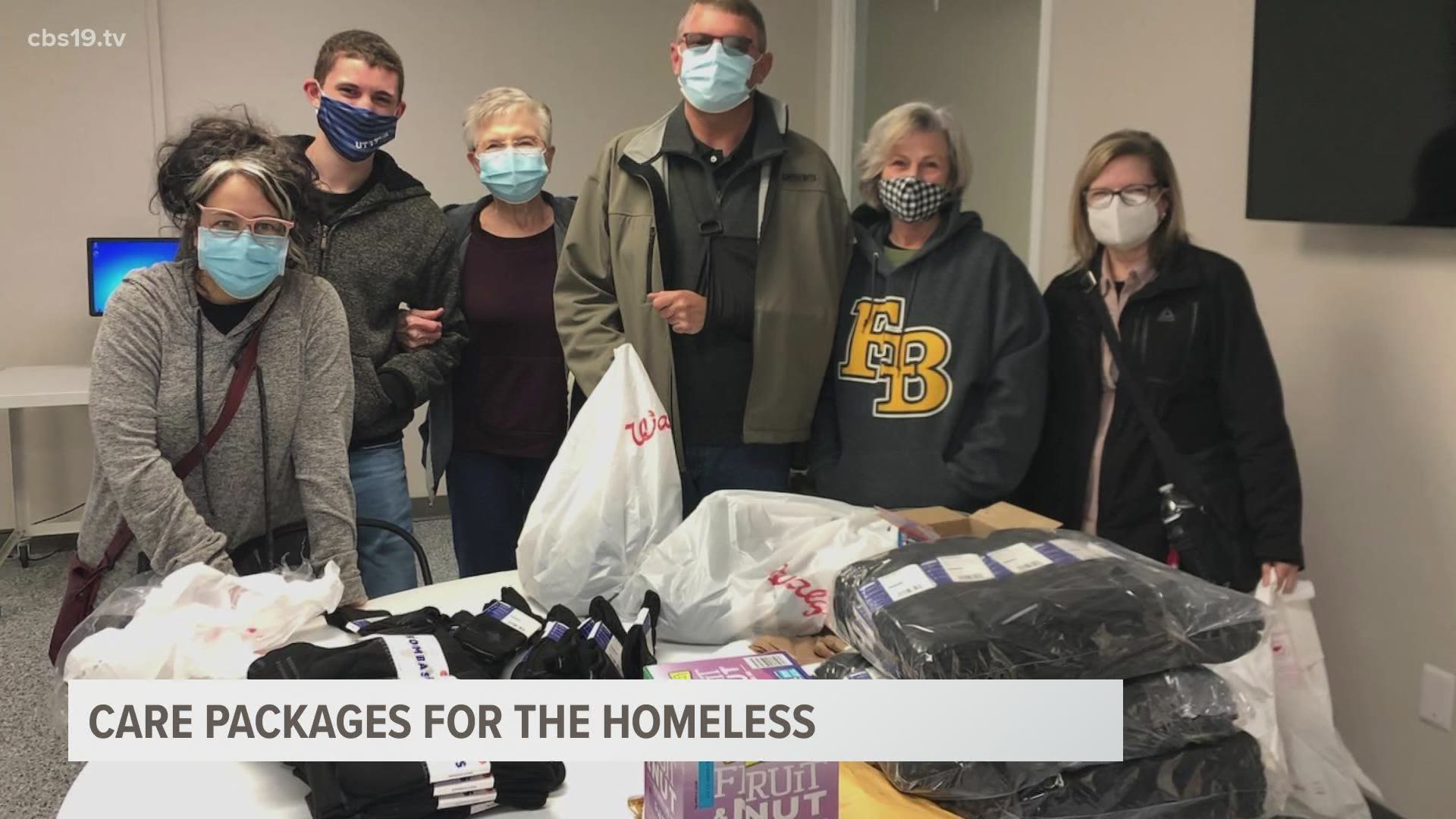 TYLER, Texas — Every year, the East Texas Human Needs Network goes out into the Tyler community for its "Point in Time Homeless Survey and Count". The goal is to identify those without homes to use the data collected to design, fund and implement programs for better resources.

Tyler Russell, a student at the University of Texas at Tyler, had never volunteered with the nonprofit before, but when he learned they would be meeting with individuals or families without homes, he knew he wanted to help out.

"The barrier to access is so high," Russell said. "A lot of these people are in like, poor health, so it's a community health issue."

However, Russell wanted to be able to provide some immediate help while he was volunteering. So, with the help of the East Texas Human Needs Network and Andrea Wilson, executive director at People Attempting To Help, he was able to put together 50 care packages to be passed out on Jan. 28, during the survey.

"They supplied various things like masks, and socks, which are super important," he explained. "Then in the packages, I put in them, basically various, like dental accessories, water, crackers."

Thursday morning, Russell volunteered for one of the morning shifts for the survey and was able to pass out some of his goodie bags. He says the experience was unlike any other.

"It was really eye-opening to see how some of these people were living, their living conditions and just for a lot of them, it didn't seem like there's like an easy way out," he said.

Russell says those he spoke to were appreciative of the care packages. While it was his first time volunteering for the East Texas Human Needs Network, he says it won't be his last.

"I'll totally be making a few [care packages] just to like keep in my car, give out whenever I do stumble across someone," he said. "But, I also want to talk to city council members about this [homelessness]."

The remaining care packages were given out by other volunteers for the survey during their shifts. The East Texas Human Needs Network typically surveys around 350 people each year.