VERIFY: Will you be required to get a COVID-19 vaccine before you get another stimulus payment?

While some economists, lawmakers and business leaders have suggested this idea, to date there is no formal proposal. 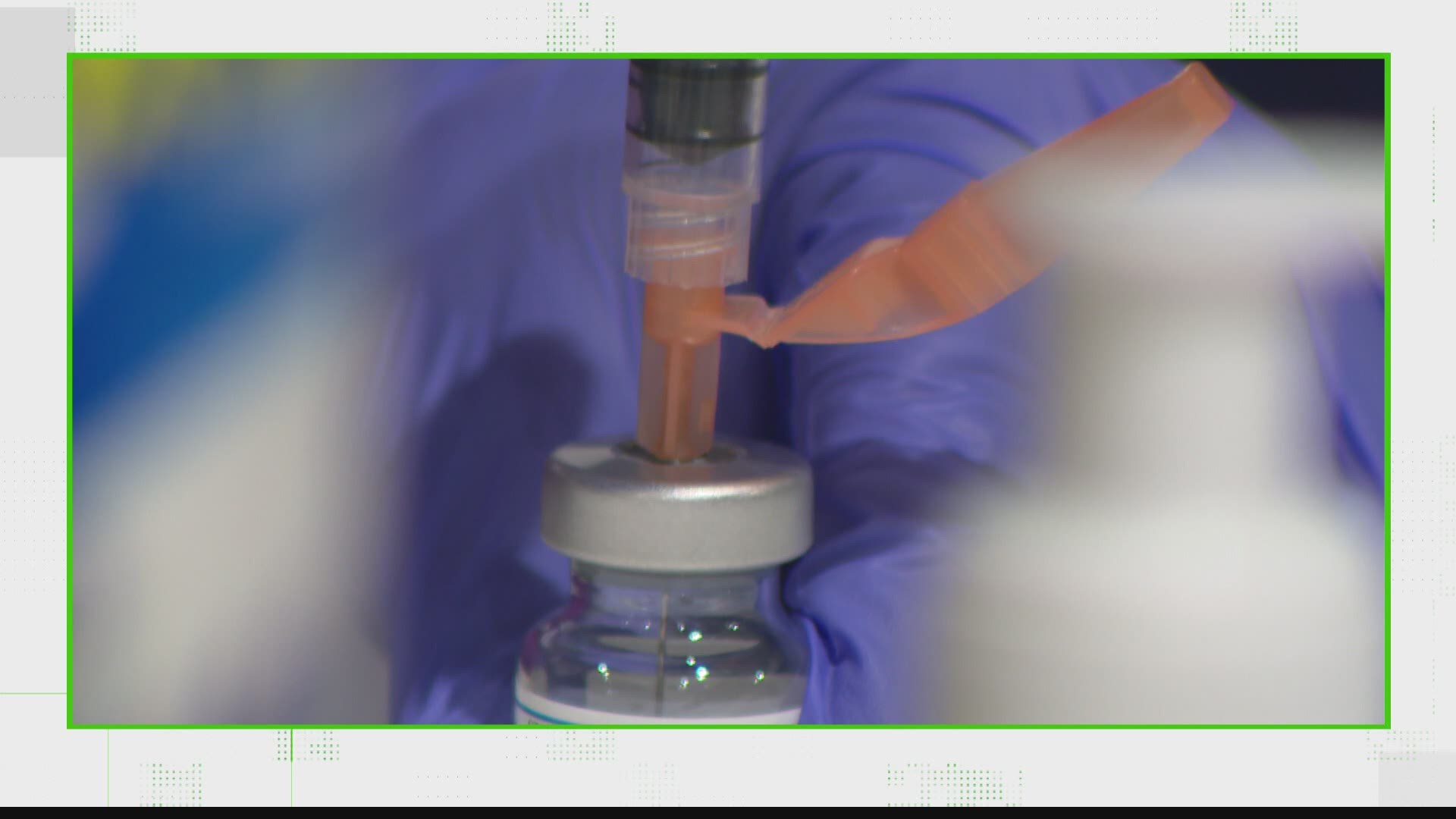 INDIANAPOLIS — Viewers have contacted the 13News VERIFY Team after seeing social media posts that claim the U.S. Treasury Department will send future stimulus payments only to individuals who have been vaccinated against COVID-19.

“Is it true that you must be COVID vaccinated to be eligible for any future COVID stimulus checks? I saw this on social media,” Linda asked 13News.

No, claims stating that proof of vaccination is required for future stimulus payments are false.

While some economists, lawmakers and business leaders have suggested this idea, to date there is no formal proposal – by the White House or by Congress – to link stimulus payments to vaccination. (If that changes, we’ll be sure to update this story on 13News.)

There is no requirement that an individual be vaccinated against COVID-19 in order to qualify for a stimulus payment, according to IRS guidelines that outline eligibility requirements for those economic impact payments.

But there is talk of changing that.

One of the first suggestions to link stimulus payments to COVID-19 vaccination came from Robert Litan, a nonresident senior fellow of economic studies at the Brookings Institute, a nonprofit public policy organization in Washington, D.C.

Last August, Litan wrote an online article for Brookings titled “Want herd immunity? Pay people to take the vaccine,” in which he advocated that the U.S. government pay people for taking the vaccine.

“How much? I know of no hard science that can answer that question, but my strong hunch is that anything less than $1,000 per person won’t do the trick,” Litan wrote. “At that level, a family of four would get $4,000 (ideally not subject to income tax) – a lot of money to a lot of families in these difficult times, and thus enough to assure that the country crosses the 80 percent vaccination threshold.” He estimated the plan would cost roughly $275 billion.

A few months later, John Delaney, a former Congressman from Maryland who ran as a 2020 Democratic candidate for president, proposed the same idea with a series of Twitter posts.

“Pay everyone $1,500 to get vaccine  It is a stimulus check & big vaccine incentive rolled into one. Result: more people get vaccine, it saves lives, helps people financially, and the $400 B pays for itself w/ economic boost from ending pandemic. RT if you agree,” Delaney tweeted, referring to the idea as a “vaccine stimulus.”

That message got more than 71,000 likes and 20,000 retweets, including from fellow former presidential candidate and entrepreneur Andrew Yang, who called it a “great idea!”

By January, the idea was getting some bipartisan attention. Rep. Steve Stivers (R-Ohio) announced his support for a “vaccine stimulus,” explaining that linking economic impact payments with the COVID-19 vaccine was a wise investment.

“I hope the administration will look at that option because we actually buy something with our $1,400 — and that’s herd immunity,” Stivers said during an interview with Yahoo Finance.

But despite all the talk of a “vaccine stimulus,” Congress did not require a COVID-19 shot for the second round of stimulus payments distributed to millions of people in January.

And a vaccine requirement is not part of the latest discussions involving a third round of stimulus payments proposed by the Biden administration, according to the office of Indiana Sen. Todd Young.

This week, Young attended stimulus negotiations at the White House. His office confirmed to 13News there was no discussion of requiring Americans to get a vaccine to qualify for a stimulus check.

“That is not currently on the table,” a spokesman from Young’s office said. “It wasn’t in the president’s proposal or the Republican counter-offer.”

If you see something on social media you’d like us to check out for you, send an email to VERIFY@wthr.com.