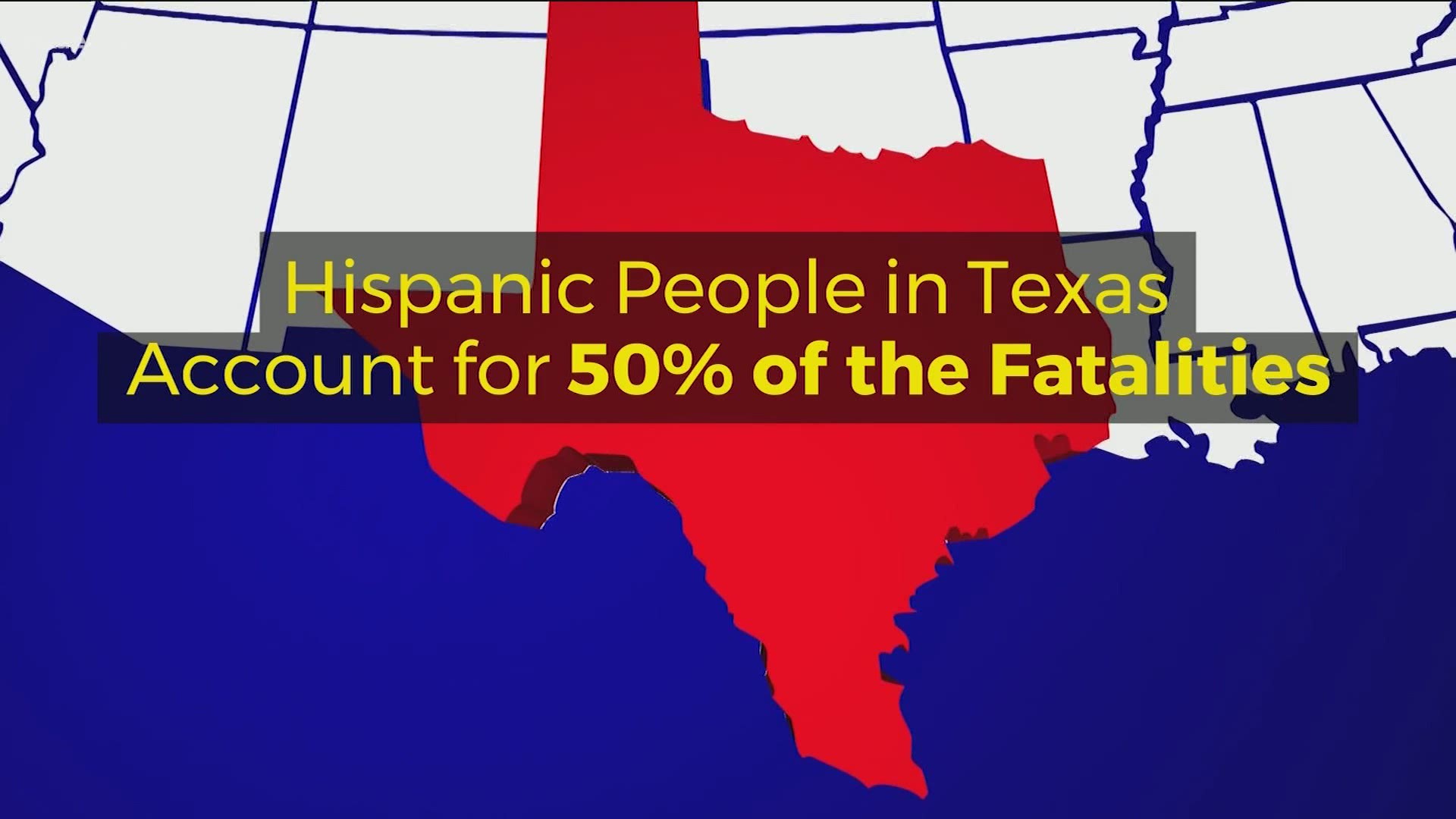 AUSTIN, Texas — Since the start of the COVID-19 pandemic, there has been a lot of discussion about how it compares to other national health crises. For example, KVUE recently did a VERIFY comparing COVID-19 to the swine flu H1N1 pandemic.

But is that true? How do the nation's and Texas's COVID-19 death rates compare to the average suicide rate?

We’re seeing more suicides than COVID deaths. And instead of standing strong and doing our duty for our kids, some are cowering in fear. #StandUpForAmerica https://t.co/2TfikTgOK0

We'll be utilizing data from the Centers for Disease Control and Prevention (CDC), the American Foundation for Suicide Prevention (AFSP), the National Institute of Mental Health (NIMH) and the Texas Department of State Health Services (DSHS).

An important note: The latest suicide numbers from both the CDC and the AFSP are from 2018, so this will compare current COVID-19 death rates to the most recently available suicide rate.

RELATED: VERIFY: How does COVID-19 compare to the swine flu H1N1 pandemic?

What about Texas? The Texas DSHS reported on July 31 that 6,569 Texans have died from COVID-19.

So, while the suicide rate did increase significantly in Texas each year between the years of 2014 and 2018, the number of deaths by suicide in those years was always less than half the number of Texans who have died from COVID-19 as of Aug. 1 – the day Rep. Roy tweeted.