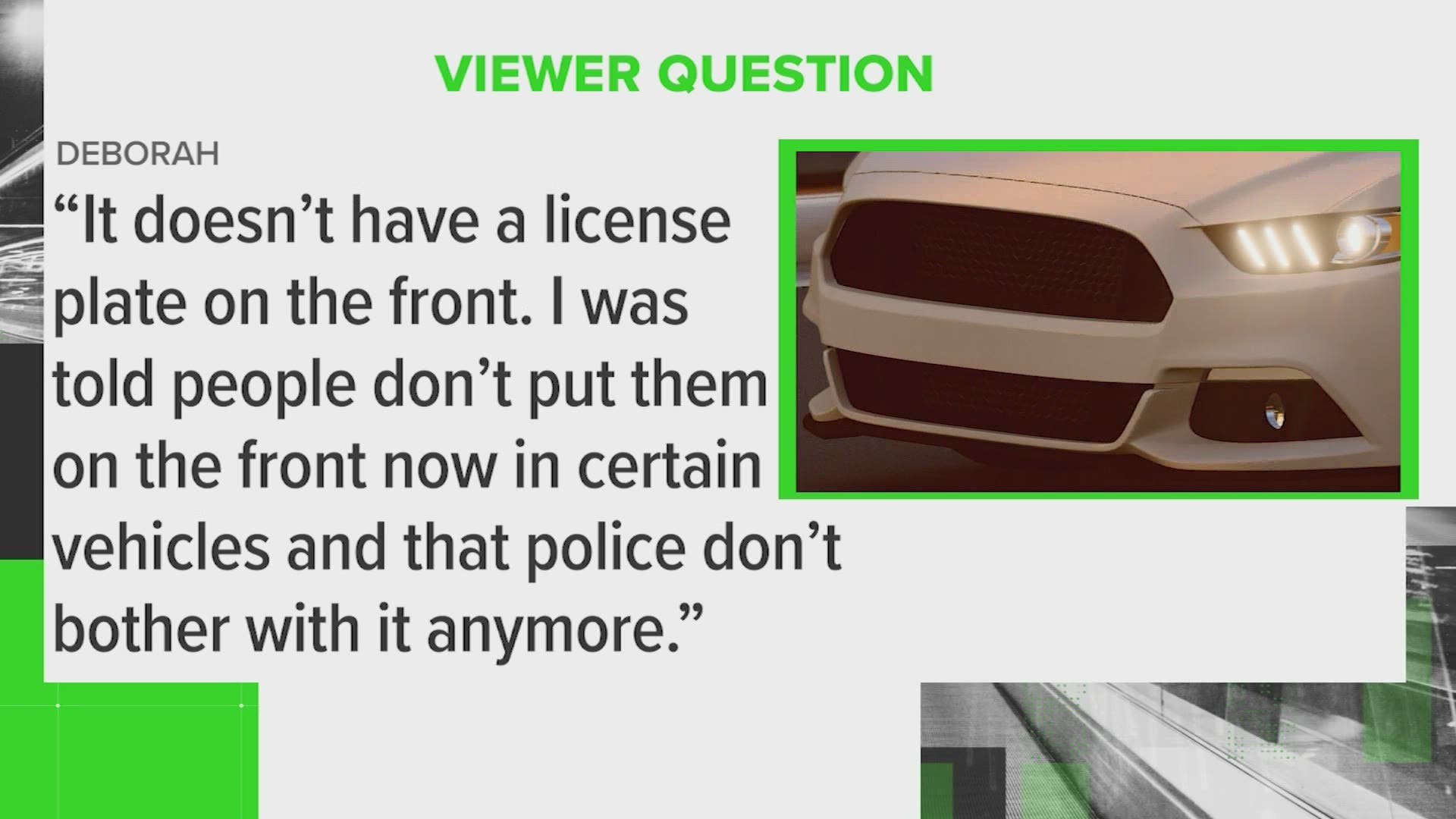 Whether you are driving on the interstate or parked to pick up a passenger, there are laws to keep you safe. But rumors could cloud your judgment.

The VERIFY team is here to make sure you have the facts.

Our first email came from Will. He wanted to know, “Is it the law in Texas for cars and trucks to drive exclusively in the middle lane on the freeway?”

Our source for this is Texas DPS Sgt. Richard Standifer.

“Traffic moving traffic at large has the ability to travel in either lane, inside middle or the right lane. There's no law that requires them to travel in the middle lane solely,” Sgt. Standifer said.

So, we can Verify that claim is false.

But what about stopping in a travel lane. Belinda asked the VERIFY team, “Is it legal for an Uber or Lyft to park and wait in the lane on the main road to wait for passengers?”

Our source for this one is Texas Transportation Code 545, which addresses stopping, standing or parking in certain places.

The law states, “An operator may not park in certain places, including on a roadway side of a vehicle parked at the curb of a street, an intersection, or crosswalk.” Except when you’re “momentarily picking up or dropping off a passenger or merchandise.”

So, whether or not it is legal to park in a travel lane depends on the location and the length of time that vehicle is stopped.

Deborah, the proud owner of a new car, wrote the VERIFY team, “It doesn’t have a license plate on the front. I was told people don’t put them on the front now in certain vehicles and that police don’t bother with it anymore.”

Sgt. Standifer says that could not be further from the truth.

Standifer says the plate must be on the front bumper, not on your dashboard.

“A lot of people have it there because they don't want to drill holes in the front bumper, but it gives law enforcement probable cause to make a traffic stop because it's not on the front of the vehicle.”

If you are pulled over for having one plate, you could be fined up to $200.

Sgt. Sandifer adds, you could also be ticketed, if your license plate frame covers or cuts off the word Texas, or any other letters.