Joe Biden isn't the only politician who has done a 180-degree turn on what should happen to a Supreme Court seat during an election year. 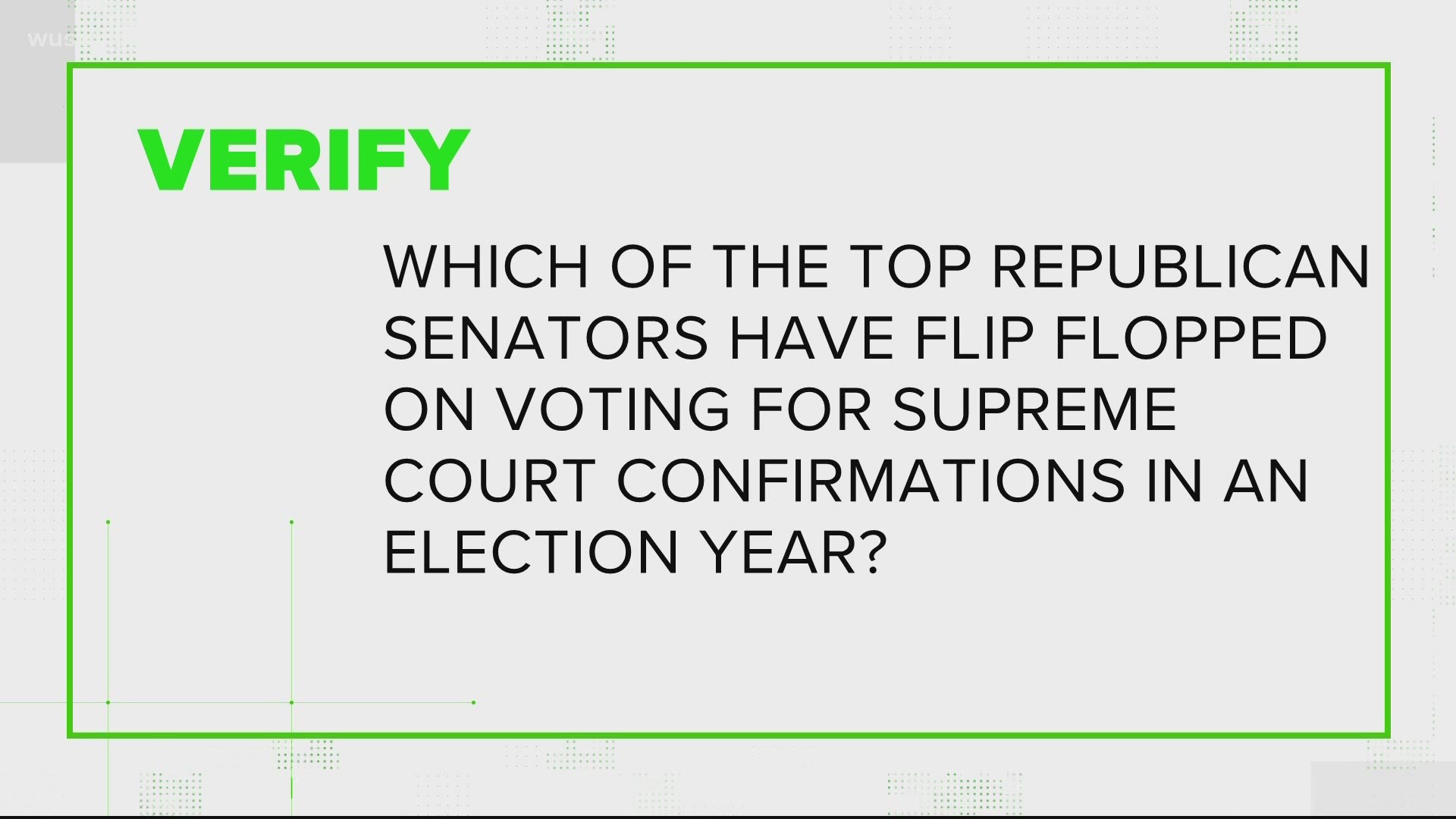 WASHINGTON — The battle over filling Ruth Bader Ginsburg’s seat is only getting started. Both Republicans and Democrats have accused each other of flip flopping on how to handle a Supreme Court vacancy in an election year.

This week we verified that Joe Biden did a 180-degree turn when it comes to filling a Supreme Court vacancy in an election year; reversing his stance from 2016.

But have Republicans changed their tunes too?

Which of the top Republican senators have flip flopped on voting for Supreme Court confirmations in an election year?

Statements the Senators made themselves, first in 2016 and now in 2020.

In 2016, Supreme Court Justice Antonin Scalia died. In March of that year, nine months before the election, President Obama nominated judge Merrick Garland to replace Scalia. But Senate Republicans – who held the majority - refused to vote to confirm him. Leaders said it was too close to the election and they should let the people vote, and let the next president decide.

The big flip-flop you’ve heard by now is from Senate Majorite leader Mitch McConnell, but let’s look at some others.

“I strongly support giving the American people a voice in choosing the next Supreme Court nominee by electing a new president.”

“I will support President Donald Trump in any effort to move forward regarding the recent vacancy created by the passing of Justice Ginsburg.”

“We will not consider any Supreme Court nominee until the people have spoken and a new president is inaugurated.”

“I believe Donald Trump should nominate a successor next week and the Senate should take up and confirm that successor before Election Day.”

“The next step, in my view, should be public hearings before the Judiciary Committee.

“The decision on a lifetime appointment to the Supreme Court should be made by the president who is elected on Nov. 3.”

A backtrack, but in the other direction.