The video shows the driver's right foot was caught underneath his dashboard after a fiery crash. 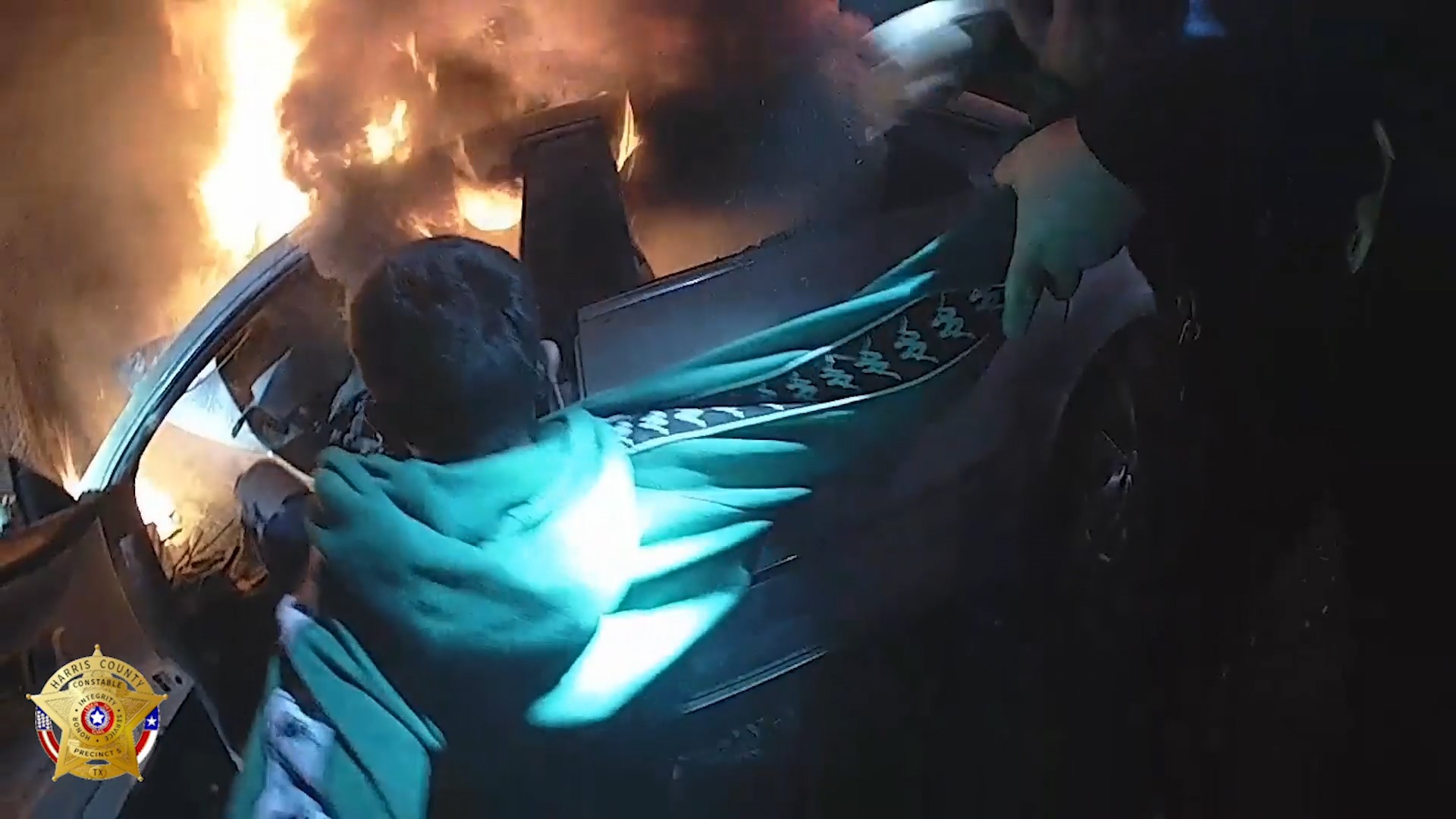 HARRIS COUNTY, Texas — Harris County deputies at Precinct 5 are getting some much-deserved love after they put their lives in danger to pull a man from a burning car.

The man’s leg was pinned in the vehicle, but deputies managed to pull him out just in time.

“The only thing I can say, is it was an act of God," Sgt. Lance Anderson said.

(Warning: Some viewers may find the raw video disturbing.)

On Dec. 8, eight minutes until he was off duty, Anderson took a random road back to the station when he saw something.

“As I got closer, it was really foggy, I realized it was a car fire," Anderson said.

Crashed into a tree, a lone driver was trapped in his car. That car was on fire.

Anderson tried to keep the fire at bay.

“I think I went through seven fire extinguishers," Anderson said.

Others were frantic to free the driver.

As the minutes ticked by, the fire only grew. But the extinguishers were empty.

“None of us could deal with not getting him out," Anderson said.

When, out of nowhere, a miracle happened.

“There was no movement, and then all of a sudden, his foot just slid out. And when we fell out, Deputy Lawson was pulling so hard, when he fell back, he actually pulled him on top of him, and the car immediately, everything caught on fire at that point," Anderson said.

The driver, Jonathan Morales-Fuentes, was taken straight to the hospital. He was injured, but alive.

“I got saved right in time, I don’t know. I could’ve passed away," Morales-Fuentes said. “I barely made it out alive. Just thankful."

Morales-Fuentes remembers being tired on his way home from working overnight. He doesn’t recall much of the rescue, but he knows it was his fate and their fearlessness that has him here today.

“I couldn’t accept the consequences of me backing off and not helping him," Anderson said.

Morales-Fuentes suffered a fractured ankle, broken leg, nose, eye socket, and a torn shoulder. They think he got that all from the accident itself.

He’s hoping to meet with all five of the deputies who were there that day so he can thank them in person.