As the House Elections Committee prepares for a vote Wednesday on Senate Bill 9, East Texas voter's rights advocates shared their concerns about the legislation. 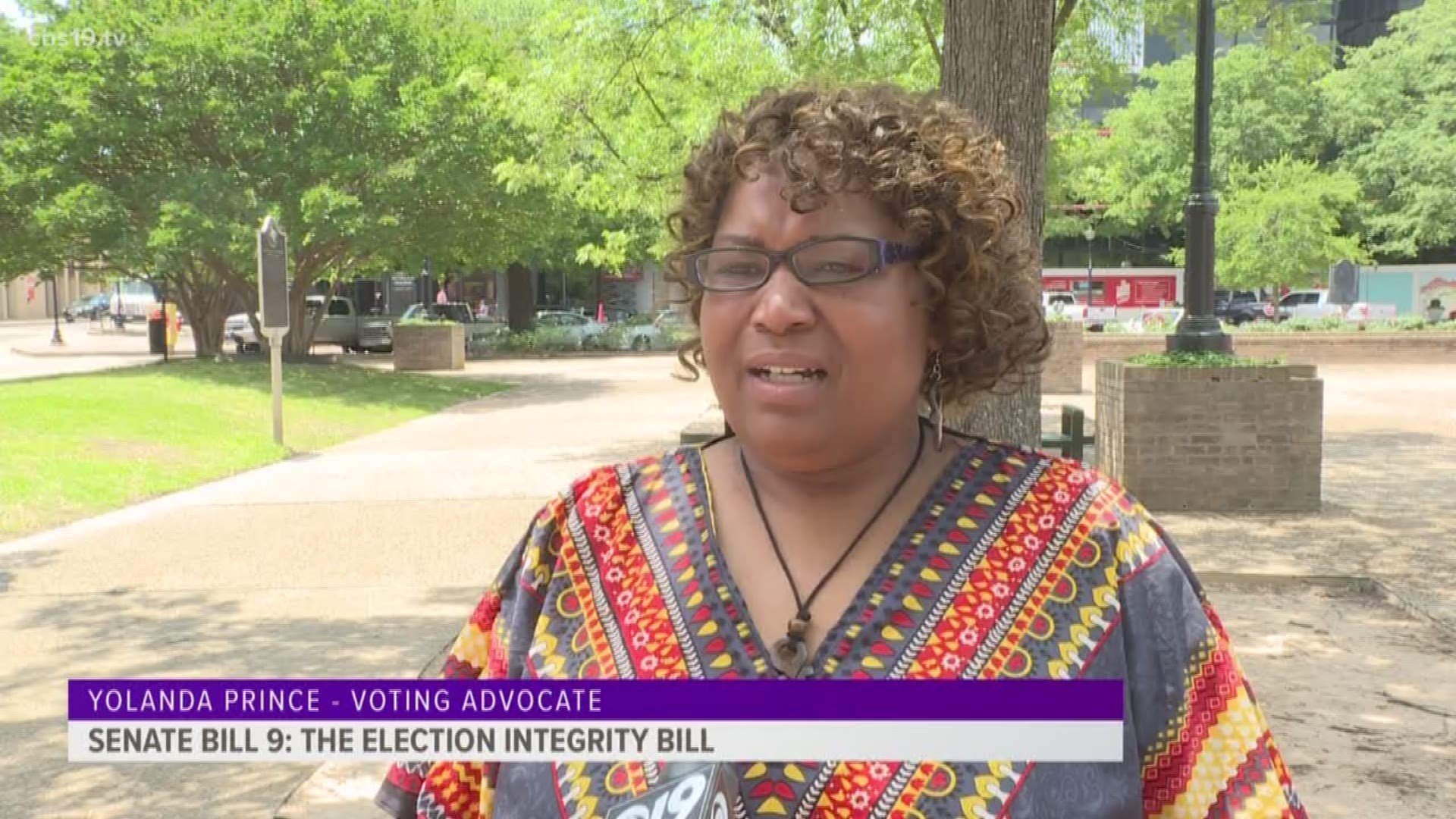 TYLER, Texas — Senate Bill 9 is nicknamed the "election integrity" bill, but some in Tyler and around the state believe it has the opposite effects.

"I think it is one of the worst voter suppression bills that I have seen in recent years," Yolanda Prince, a voter's rights advocate, said.

The proposed bill was written by Senator Bryan Hughes and would make several changes to the voting process in Texas.

Prince explained as the state continues to rank low in voter turnout each year, she feels this bill would "further dampen the number of people that actually go to the polls."

"There's enormous cost and penalties for people who could make even innocent mistakes filling out their voter registration forms," Marilyn Wills, president of The League of Women Voters Tyler-Smith County, explained.

The organization is nonpartisan. Wills says its mission is to get people to vote.

Another change with the bill is how many people a person can drive to a polling location.

If someone escorted more than three people, they would be required to fill out paperwork, which Prince worries could affect Smith County's largest voter population.

"A lot of people don't realize that many nursing homes, even in the Tyler area, take the residents to the polls to vote," Wills explained.

Yet another concern some point out is if the bill becomes law, counties would be able to switch where there are polling locations.

"Some of the areas that we have the lowest turnout are people that it's hardest for us to get out to vote," Wills said. "Because they've already felt uncomfortable with the whole system."

Senate Bill 9 was approved by the Texas Senate in April and is expected to be voted on by the House Elections Committee on Wednesday at 8 a.m.

The full bill can be read here.