Florida man jumps into pond, wrestles alligator to save puppy

The man said holding the alligator once he got it wasn't the hard part, it was prying open its jaws. 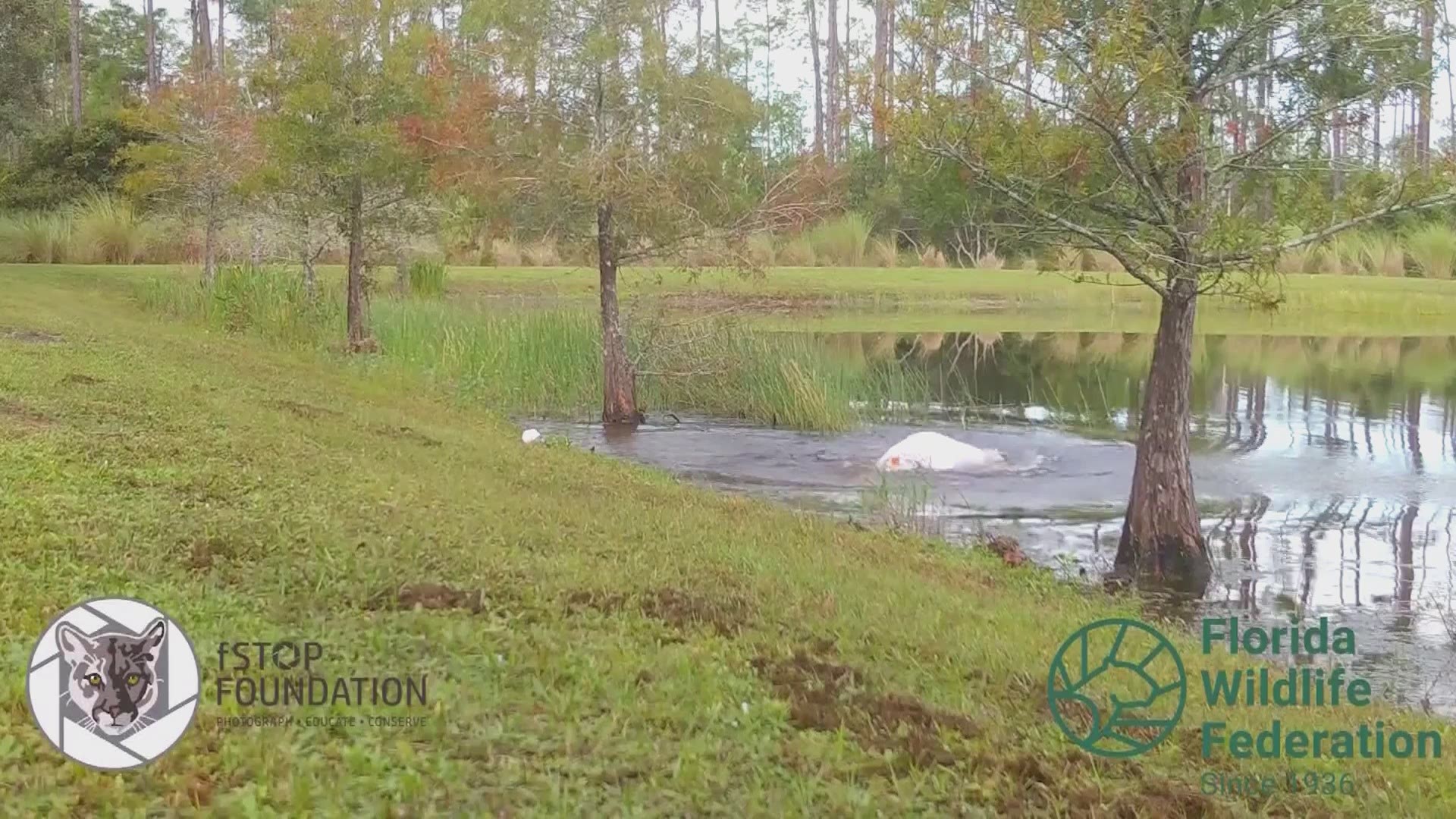 ESTERO, Fla. — A Florida man was caught on surveillance video jumping into a pond to rescue his 3-month-old puppy from the jaws of an alligator.

Richard Wilbanks told WINK News when an alligator grabbed his dog his instincts and adrenaline kicked in. He ran into the pond in his backyard and rescued his Cavalier King Charles spaniel puppy Gunner from the alligator.

CNN said Wilbanks told them holding the alligator once he got it wasn't the hard part, it was prying open its jaws.

After he got the puppy free, the two were mostly unharmed.

CNN said Wilbanks' hands were a little chewed up and he had to get a tetanus shot. As for Gunner, CNN said all he had was a puncture to his stomach and is doing fine after a trip to the vet.

Wilbanks told WINK News this was a learning experience for him. He told CNN now he keeps Gunner on a leash when they walk and they stay 10 feet away from the pond.

The video was caught because of a partnership Florida Wildlife Federation and the fSTOP Foundation and their campaign called “Sharing the Landscape.” Meredith Budd with the Florida Wildlife Federation told WINK it's usual for them to see other animals like deer and bobcats on their cameras. But, this encounter wasn't something they'd normally see.

It's a mission Wilbanks says he agrees with and understands. He told WINK News he knows his pond is the gator's home and it was just following its instincts when it grabbed Gunner. That's why he said he isn't going to call the Florida Fish and Wildlife Conservation Commission about it.

According to FWC, even though Floridians and alligators have learned to coexist, there can sometimes still be conflict. People can read more from FWC's 'Living With Alligators and Crocodiles' information here.