CBS19 is all over the Piney Woods as East Texans woke up to uprooted trees, downed power lines and no electricity. The Kilgore area was especially hit hard with thousands of homes affected by the storm.
Author: Reagan Roy
Published: 6:03 AM CDT March 14, 2019
Updated: 12:45 AM CDT March 15, 2019

Widespread damage has been reported after severe storms made their way across East Texas early Thursday morning.

Make sure you have downloaded the free KYTX CBS19 app to stay updated on the latest storm-related news.

RELATED: WE'VE GOT YOU COVERED: Download the KYTX apps today

According to the City of Kilgore, thousands of homes were damaged after storms and straight-lined winds rolled through the area around 3:00 a.m.

Trees and limbs were blown over which caused damage to poles and lightning arrestors.

The Red Cross estimated around forty homes received major damage from the storm.

In addition to the extensive damage, several gas leaks were also reported.

Crews and emergency responders are working to clear trees and downed power lines from streets in the southern part of town.

Representatives for the City of Kilgore said that as of 3 p.m., SWEPCO reported 2,300 people were without power. Additional teams have been recruited to help restore power. They anticipate power will be almost fully restored by Saturday morning.

As of 3 p.m., two brush trucks were en route to help clear debris from streets.

The city is asking residents who cannot live in their homes because of severe damage to contact 866-505-4801.

Upshur Rural Electric Cooperative reported that when the storm blew through close to 2:30 a.m., about 18,000 members were left without service. They attributed the damage to straight-line winds with speeds of more than 40 miles per hour.

The American Red Cross has mobilized units and set up a disaster relief station in Kilgore at St. Luke's United Methodist Church at 401 East Main Street.

The Red Cross is also asking if people can volunteer to reach out to them or other local organizations to assist in the clean-up.

The Kilgore Police Department says the Kilgore College Parks Fitness Center will be open until 9 p.m. Thursday night for anyone that needs a shower or charge their electronic devices.

The center will reopen at 5 a.m. Friday to provide the same services.

Viewers have alerted CBS19 to damage in the following areas: 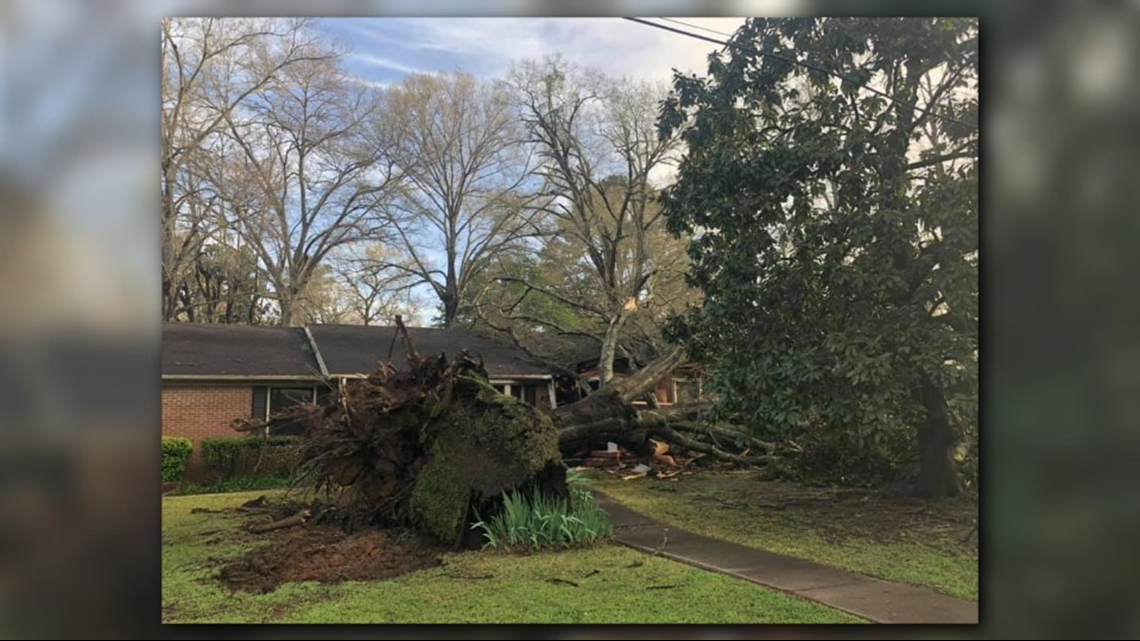 There Kilgore Police Department confirmed with CBS19 there are no longer any road closures in the area.

You should never approach, touch or attempt to move a downed power line or any object in contact with a power line.

Many objects, including tree limbs, can conduct electricity. Contact with power lines can cause serious injury or even death.

Follow the steps below to ensure your safety around downed and/or damaged power lines:

The storm knocked out power for thousands of customers across East Texas. Power was restored for most of the area. However, more than 1,000 customers in Kilgore are still without power.

Do you have a weather report or pictures you would like to submit to the CBS19 Weather Team? Email them to news@cbs19.tv, or connect with us on social media through our Facebook and Twitter pages.

For the latest reports from the CBS19 Weather Team, click here.

We've got you covered!