Woman determined to get answers after therapy pigs beaten to death

Sunnie Howell says when she got home Thursday night she found two of her prized therapy pigs, Honey and Pygrawk, dead inside the backyard shed. 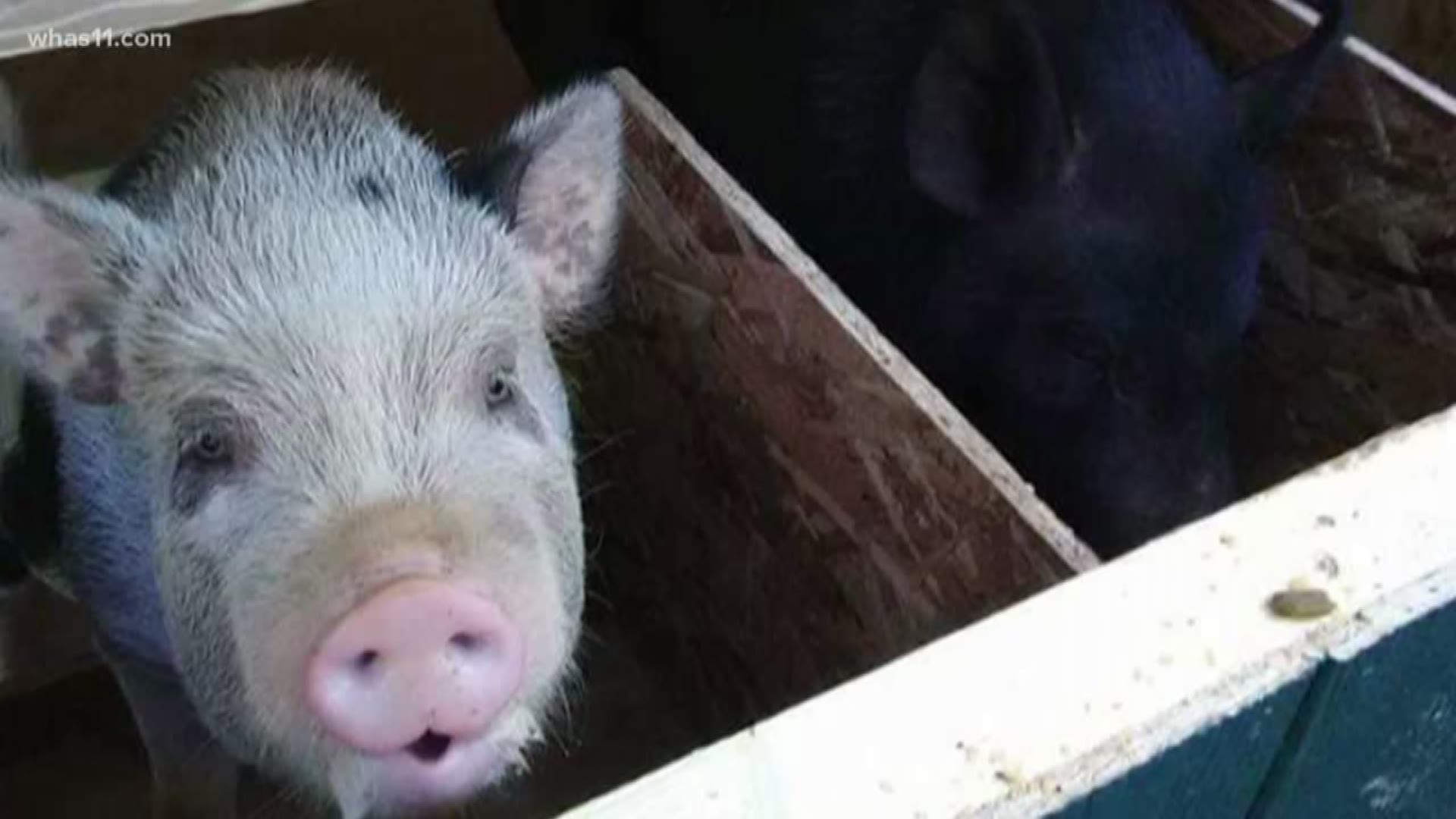 It was a disturbing discovery for a woman and her family after a night out. Two of their therapy pigs were found beaten to death.

The homeowner, Sunnie Howell, was upset about finding the pets in her backyard. She's letting her neighbors know how she feels.

"Come on.  Come on baby," Howell said to the one surviving pig, Gypsy.

It was a calming voice after what Howell said was a violent night.  "They didn't deserve it at all," she told WHAS11.

Howell says when she got home Thursday night she found two of her prized therapy pigs, Honey and Pygrawk, dead inside the backyard shed.  Howell says their teeth were knocked out, possibly by a sledgehammer.

"I don't know why someone would want to destroy something that was so positive in so many people's lives," she said.

A third pig, 8-month-old Gypsy, was uninjured.  Howell says the pigs provided emotional support to her daughter and visited hospitals - a kind of therapy for patients.

She even made a sign outside her home that reads "Who killed our pets?" She believes a neighbor may know who attacked her pigs.

Howell says the pigs didn't fight each other, based on the injuries and their past behavior.  She now plans to install some security features around her home. She's also made a report with the Bullitt County Sheriff's Office.