At a Tyler Zoning and Planning meeting a zoning proposal was approved for 86.604-acres on South Broadway Avenue and West Cumberland Road. 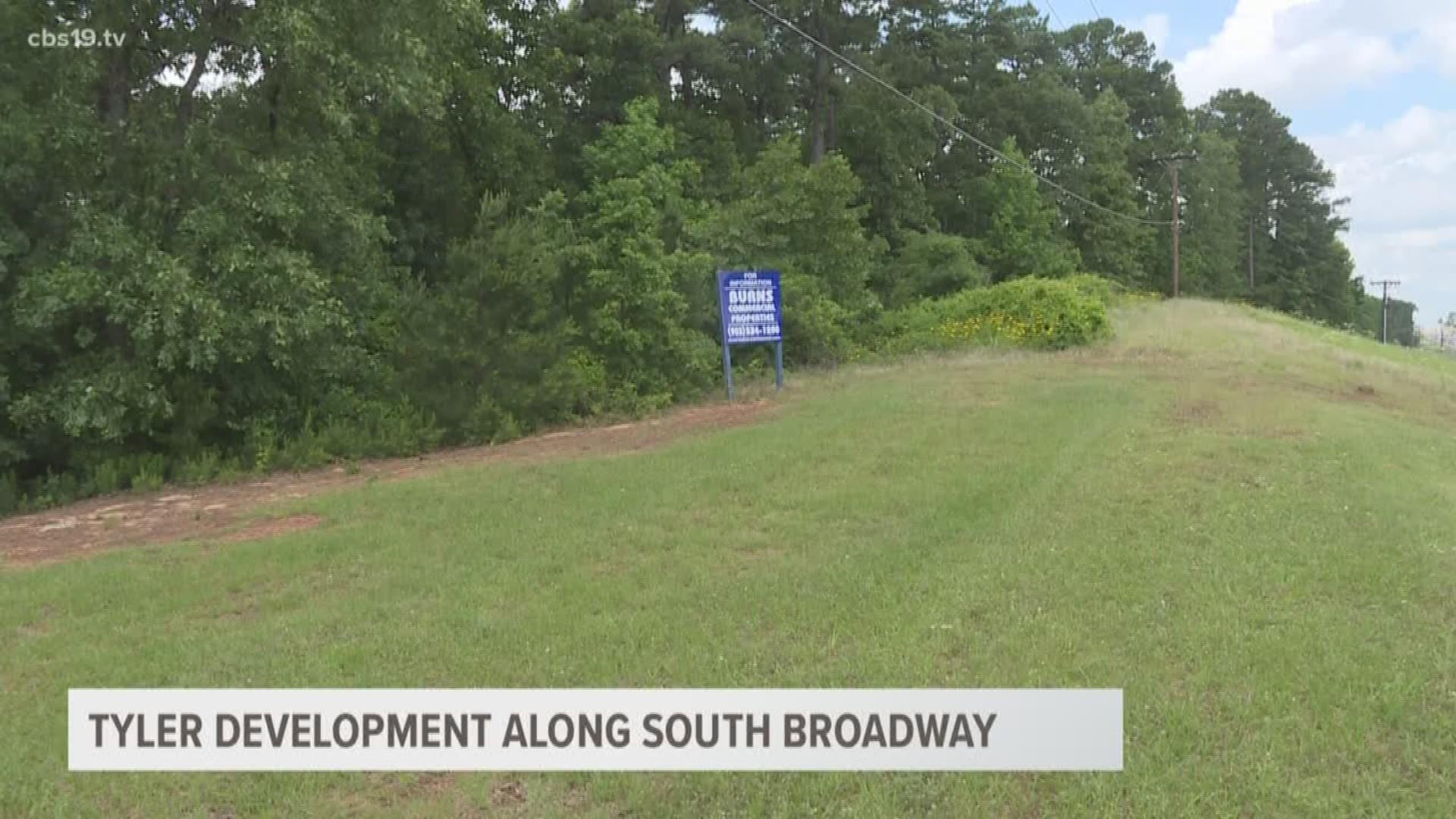 TYLER, Texas — A zoning change was approved by the City of Tyler's Planning and Zoning Commission to change nearly 87 acres of land from and agricultural district to a "planned mixed-use development" in South Tyler.

"The intent is to rezone it and to allow for basically a [...] mixed used, you know, primarily commercial," Rick Martindale, project manager for Adams Engineering said.

The proposal states the reasoning for the request is:

"To allow for (a) subdivision and platting; (b) planning of public infrastructure; and (c) development of property as a mixed-use center containing primarily retail and commercial uses, but with a probable mix of multi-family and hotel in limited areas. The planned uses are compatible with nearby development and will foster a pedestrian-friendly urban village type environment. Planned uses are in accordance with allowable uses for PMXD-1 zoning designation per the Unified Development Code."

Martindale says this is just the first step for the project and in a few weeks it will go before the Tyler City Council.

If it is approved, the East Texas developer will be able to purchase the land and separate it into different lots.

There will also be a traffic study conducted if the city council approves the land's development.

For now, the official plan and length of time construction would take is unknown.