Sabin Ceballos is making a name for himself but he has the Astros star shortstop to thank for helping get him there. 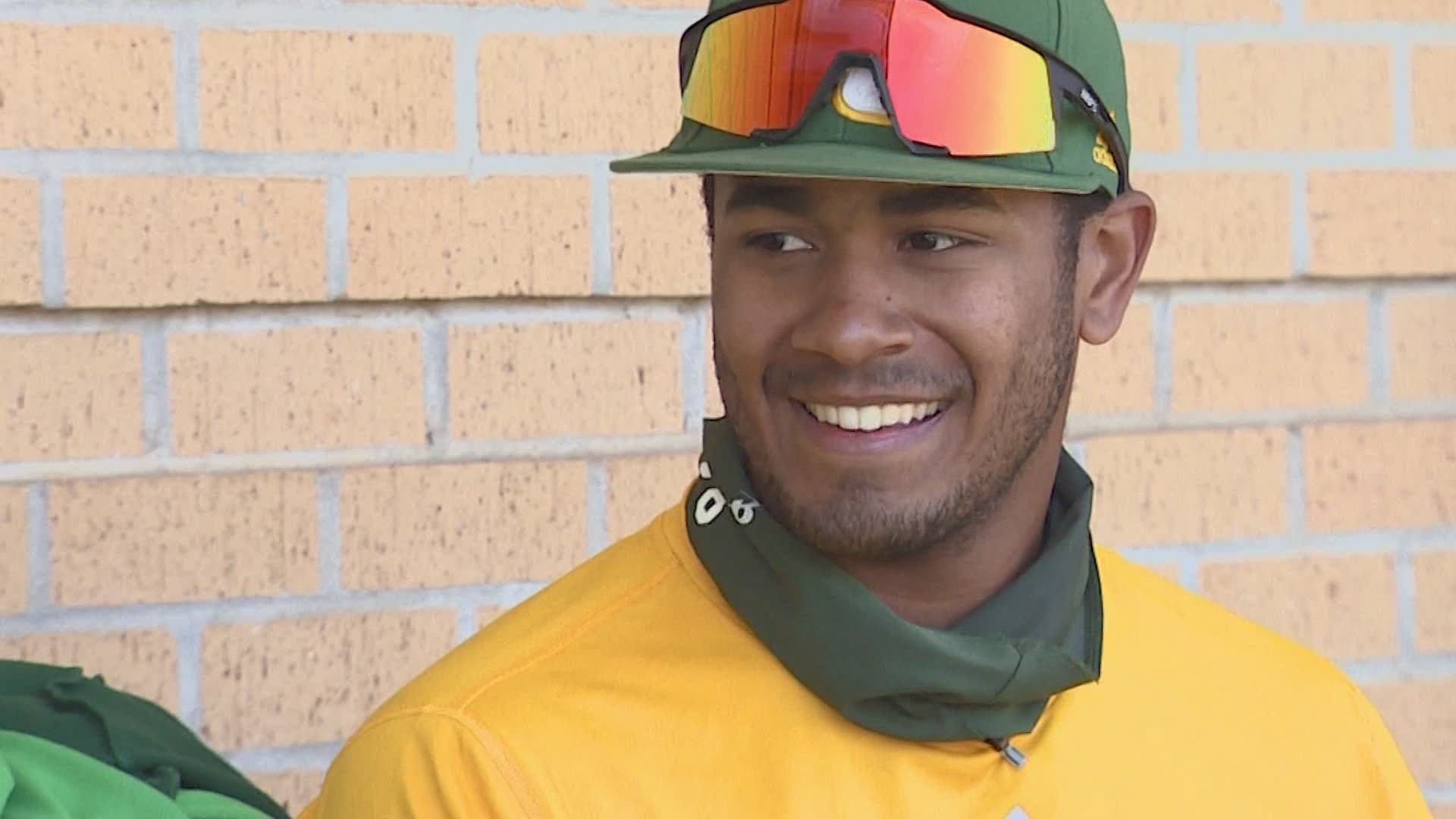 HOUSTON — We had questions for Sabin Ceballos, who's a freshman baseball player at San Jacinto College. Questions about his hitting, fielding and about being 2,000 miles away from his home in Puerto Rico.

Then, just as the cameras started rolling, Sabin - wearing his San Jac green and yellow - mentioned something out of the blue.

"Who did?" Bristol said.

We obviously had to learn more. But before you learn how the star shortstop of the Astros helped Sabin, let's first talk about how Sabin's helped himself.

At San Jac, he's sharpened his skills on the field. Even more so off it.

"It's incredible because the interview you just had with him, if you would have had this when he showed up here in August, it wouldn't have been possible," pitcher Thomas Burbank said. "He's picked up on English so well and he's developed as a player."

Ceballos is even playing catcher even though he's traditionally an infielder. Nothing masks his smile.

"Ceballos is just a fun kid to be around every day," head coach Tom Arrington said. "I enjoy coming to the park because he brings this energy."

It's all part of what makes Ceballos one of the better pro prospects at this level in the country. And how has Correa helped him?

"Ever since I got drafted, I've been very involved in the Academy," Correa said earlier this month during an Astros' Zoom session.

Correa funds a scholarship at the Puerto Rico Baseball Academy & High School, where he went to school. Sabin went there too, thanks to Correa's scholarship.

"Have you ever thanked him for it?" Bristol asked.

Bristol contacted the Puerto Rico Baseball Academy to learn more about its scholarship program but never heard back. Ceballos and the San Jac Gators are now playing at the JUCO World Series in Grand Junction, Colorado.

KHOU 11 analyst and former big league scout Jeremy Booth believes Ceballos has the raw tools to be an All-Star should he make the permanent switch to catcher.

While Correa wasn't aware of Sabin's progress, he said he's always willing to offer any number of pointers.

"The final goal is to make it to the big leagues and stay here for a long time so keep working hard every single day until you achieve that," Correa said.

It's a similar message which Sabin claims he once heard directly from Correa.

"He's just said to me, 'Just keep playing.' You know, 'Just keep working and playing hard. And every time, smile,'" Sabin said. "And I am and every time I'm smiling. That's it."

It's advice the scholarship recipient has taken to heart, no questions asked.