Gov. Kemp on football opening, including fans in the stands

The governor gave some insight on the future of college football for Georgia. 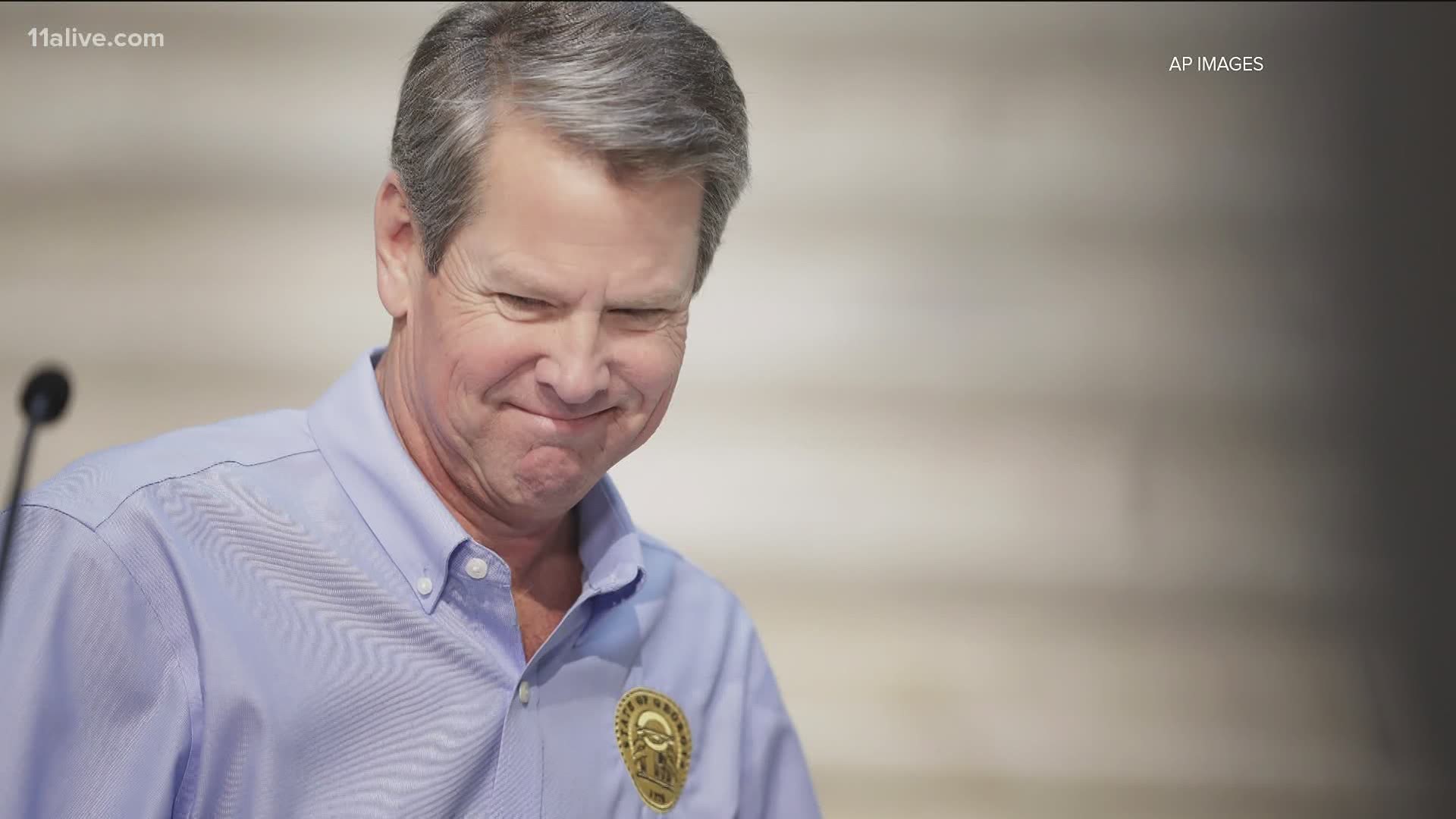 ATHENS, Ga. — With Georgia and the 13 other programs in the SEC scheduled to start holding voluntary workouts June 8, keeping all those involved safe during the ongoing COVID-19 pandemic will be priority 1.

However, what if a coach or player were to test positive. What would the next steps be?

That question was posed to Georgia Gov. Brian Kemp during an exclusive interview with UGASports.

“That’s definitely part of the puzzle, because you’re probably going to have that happen at some point,” he said.

“I don’t think it’s any different than the public, it’s just to make sure you have the ability to find that out as quickly as possible, figure out who that individual has been around and then how do you to deal with the contact tracing from a public health standpoint to make sure you’re keeping that isolated," Kemp elaborated. “That’s what we’re trying to do with all of society. In some ways, it will be a lot easier to do that with a student athlete than it would the general public, in some cases.”

Although Georgia officials have yet to release their plans, once camp begins, players and coaches are expected to be sequestered at the Georgia Center for Continuing Education hotel, just as they’ve done in previous years.

“Really, they (the meetings) were just kind of high-level, kind of to get their take on things, as we continue to make decisions to re-open our economy,” Kemp said. “We’ve been taking real measured steps, and, I know, I’ve seen a lot of discussion that they’re having. I just wanted to make sure I knew what their mindset was and offer my assistance and make sure they’re keeping us posted on what their thoughts are, so we can try and be supportive in that vein. But also, if there was anything that was concerning, we could let them know that, too." (listen to the full conversation with Kemp)

That wasn’t all Kemp had to say.

While he's optimistic that the season will start on time, Kemp admits there’s still plenty of questions that will need answering before knowing for sure if fans will be in the stands, and if so, how many.

Georgia is scheduled to open the season at Mercedes-Benz Stadium on Sept. 7 against Virginia.

“Look, I’m optimistic, and I want to see it happen. But you can’t guarantee that, yet," Kemp said, adding he doesn't know what the season will look like.

"I said recently I don’t know if that looks like a capacity crowd on Labor Day night, or no fans at all. I think we’ve to wait and see," he said.

RELATED: University System of Georgia releases guidance for what fall semester may look like on college campuses

The Governor has his fingers are crossed.

Although state guidelines will ultimately dictate what is and what is not allowed, Kemp indicated he’s willing to give schools as much leeway as he can.

“We will be a part of it. Obviously, they’ll have to follow the orders that are in place at the time, but we’re trying to allow people who are creative and innovative ways to keep people safe, and we’re open to anything in that realm as long as it is doable,” he said.

“That’s been one of the great things about our state and the response to this," he added. "We’ve really focused on the public health, but we also understand the health of our economy affects the health of all our citizens, from mental health aspects and for us being able to fund the parts of government that deals with healthcare, public safety and education so that’s an important part of this as well.”

11Alive is focusing our news coverage on the facts and not the fear around the virus. We want to keep you informed about the latest developments while ensuring that we deliver confirmed, factual information.

We will track the most important coronavirus elements relating to Georgia on this page. Refresh often for new information.

What can your employer require you to do amid the pandemic?

Reservations, masks and more: This is how Six Flags Over Georgia is planning to reopen