Photographer hit in Georgia-Auburn game says 'thank you' for support, promises to be back on the sidelines

Chamberlain Smith said she feels lucky to be walking away with nothing more than a concussion and bruises. 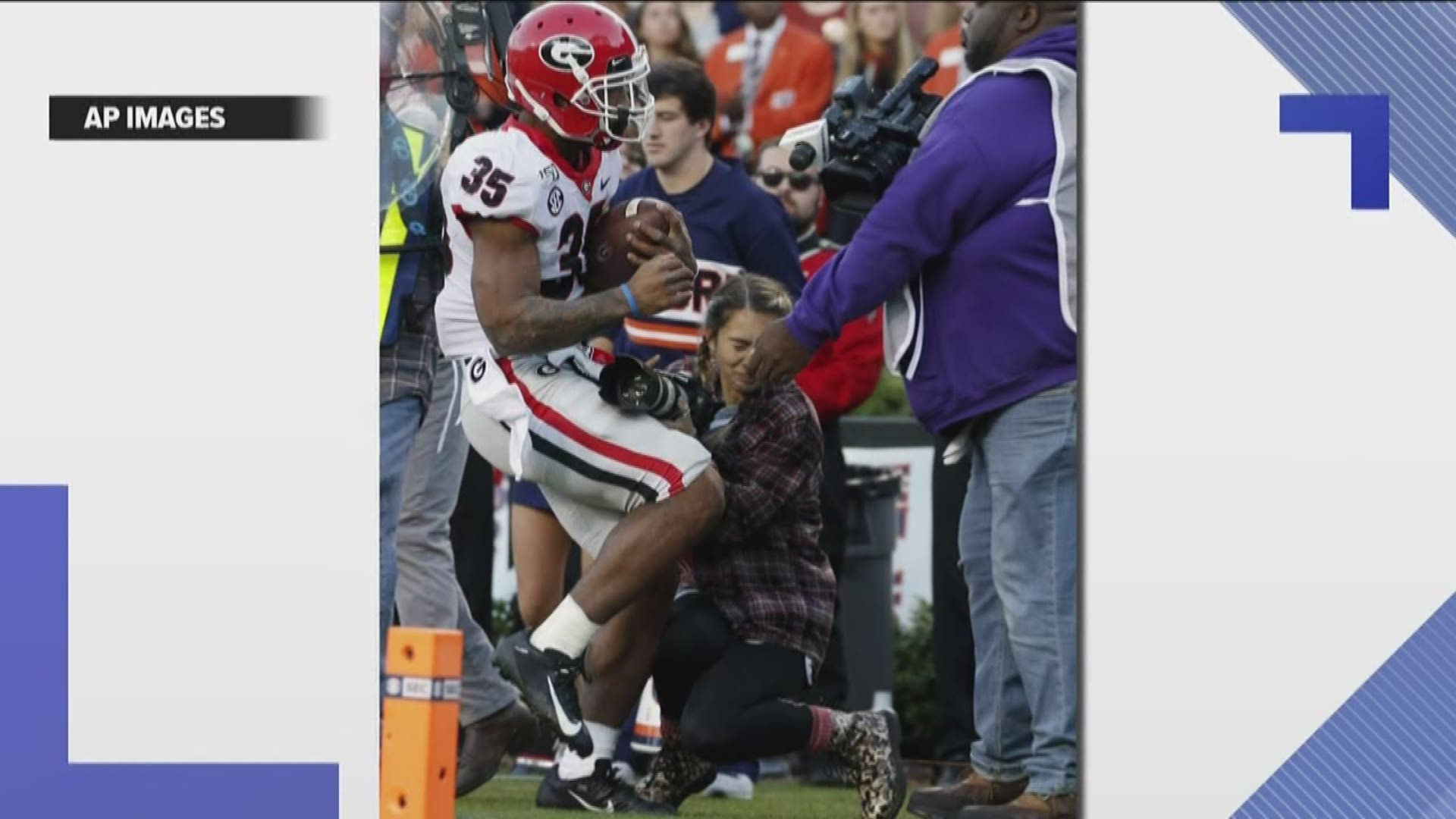 ATHENS, Ga. — A university photography intern is sending out a big thank you for all the prayers she received after a scary sideline hit on the field during Saturday's rivalry matchup between Georgia and Auburn.

Chamberlain Smith was sent to East Alabama Medical Center in nearby Opelika on Saturday, after being carted off the field following a play that sent Bulldogs running back Brian Herrien barreling into her several feet off the sideline late in the second quarter. Smith, a Georgia graduate and intern with the University of Georgia Athletic Association, was kneeling down to take a picture and appeared to get hit in the head by Herrien’s knee.

On Sunday, Smith shared a status on Facebook, thanking everyone for all their support.

"I haven’t had a chance to respond to everyone, but I just wanted to say thank you all so much for the overwhelming outpouring of support in the form of kind comments, messages & prayers!!," she shared.

She added that although last night was "very scary," she was glad to be walking away with nothing more than a concussion and some bruises. But she promised she wouldn't let the freak accident keep her away from photographing the games.

"I will be home resting & recovering for the next several days, but I’m looking forward to being back on the sidelines soon! ❤️#godawgs," she concluded.

Material from the Associated Press contributed to this report.

Sophie Speaks: How a Georgia mother allowed her boyfriend to impregnate her 10-year-old