Here are three teams you should keep your eyes on. 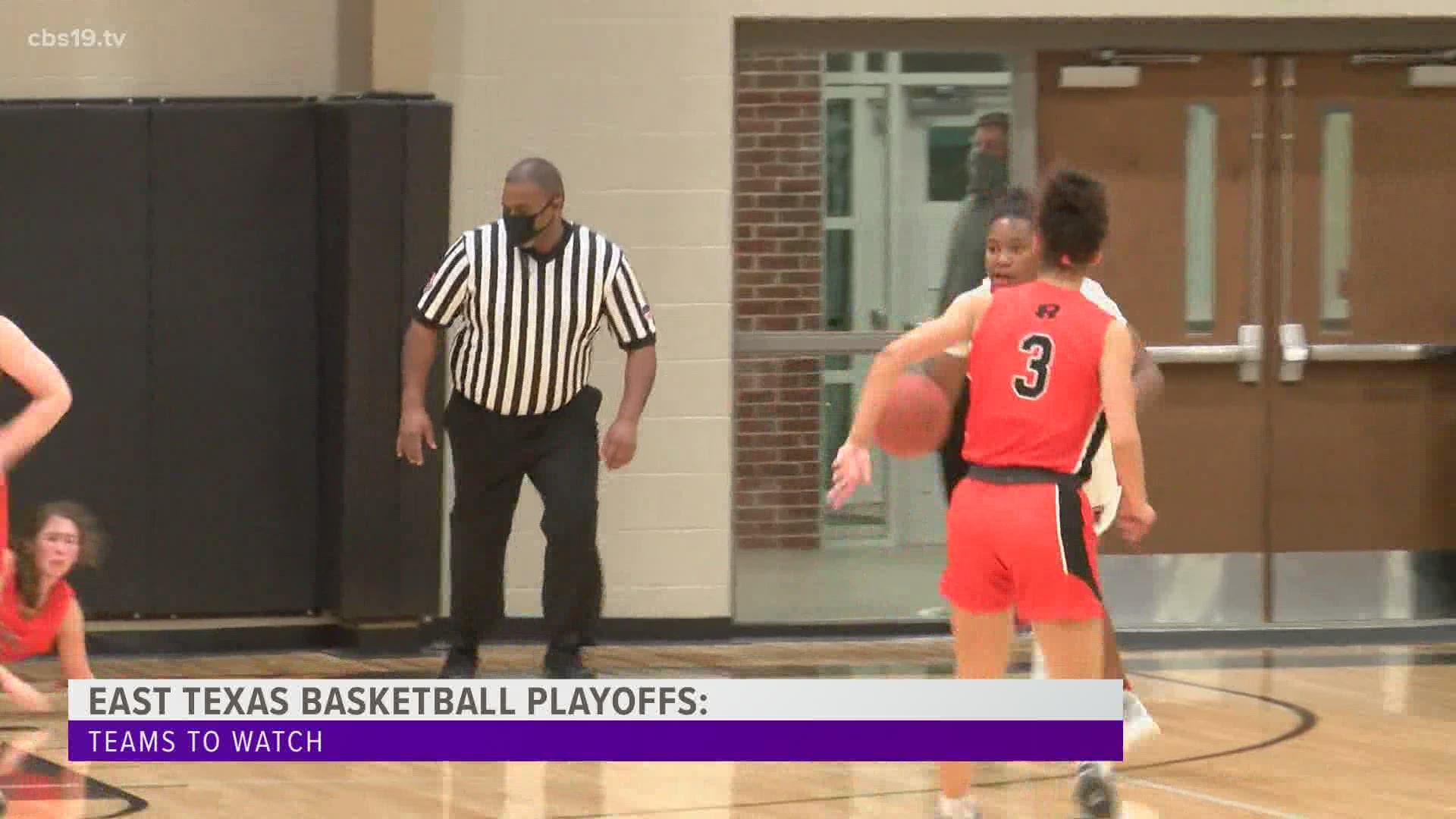 However, as the playoffs set to resume soon for the girl’s and round one beginning for the boy’s, here are three teams you should keep your eyes on.

In District 10-6A, both Tyler Legacy girls and boys are a team to watch.

For the girls, Ross Barber and his squad have proven to be a dominant team on both ends of the floor. The Lady Raiders have complied a 25-3 record and one key player has been junior guard, Aaliyah Campbell.

“We play together as a team. It’s not just one player, it’s a team effort," Campbell said. "We love the game, so it makes it ten times easier.”

The Red Raiders have advanced to the second round of the playoffs and are set to face the winner of DeSoto vs. Killeen Shoemaker.

Meanwhile for the boys, first-year head coach, Kevin Walker, has completely turned the team around after suffering a losing season last year.

The Red Raiders claimed their first district title since 2006 and are in the playoffs for the first time since 2015.

What makes it even more special, is that this is a roster that consists of only seniors.

“I feel like what’s been the secret to the team success is that everybody is buying in. It’s not just about one individual. We all had a goal, and we all came together as a team,” senior forward Matt Wade said.

This veteran group is determined to make some noise in the postseason.

They’ll look to face Garland Sachse on Tuesday at Wills Point. Tipoff is set for 7 p.m.

Another team you should watch comes from District 16-5A, the Nacogdoches Dragons.

A player that you can’t miss is 6’7 forward, Charles Hervey, who has proven to be a dangerous weapon at their disposal.

Hervey’s quick lobs into the paint for the Dragons can be just as effective as shooting the long ball.

The Dragons will look to make their run in the postseason as they face Longview at 6 p.m. Tuesday in Tenaha.

RELATED: Whitehouse holds signing ceremony for 3 Wildcats moving on to the next level