The Bobcats took the short trip west to the Rose City Thursday night and earned a hard fought 3-1 victory over Frisco Wakeland. 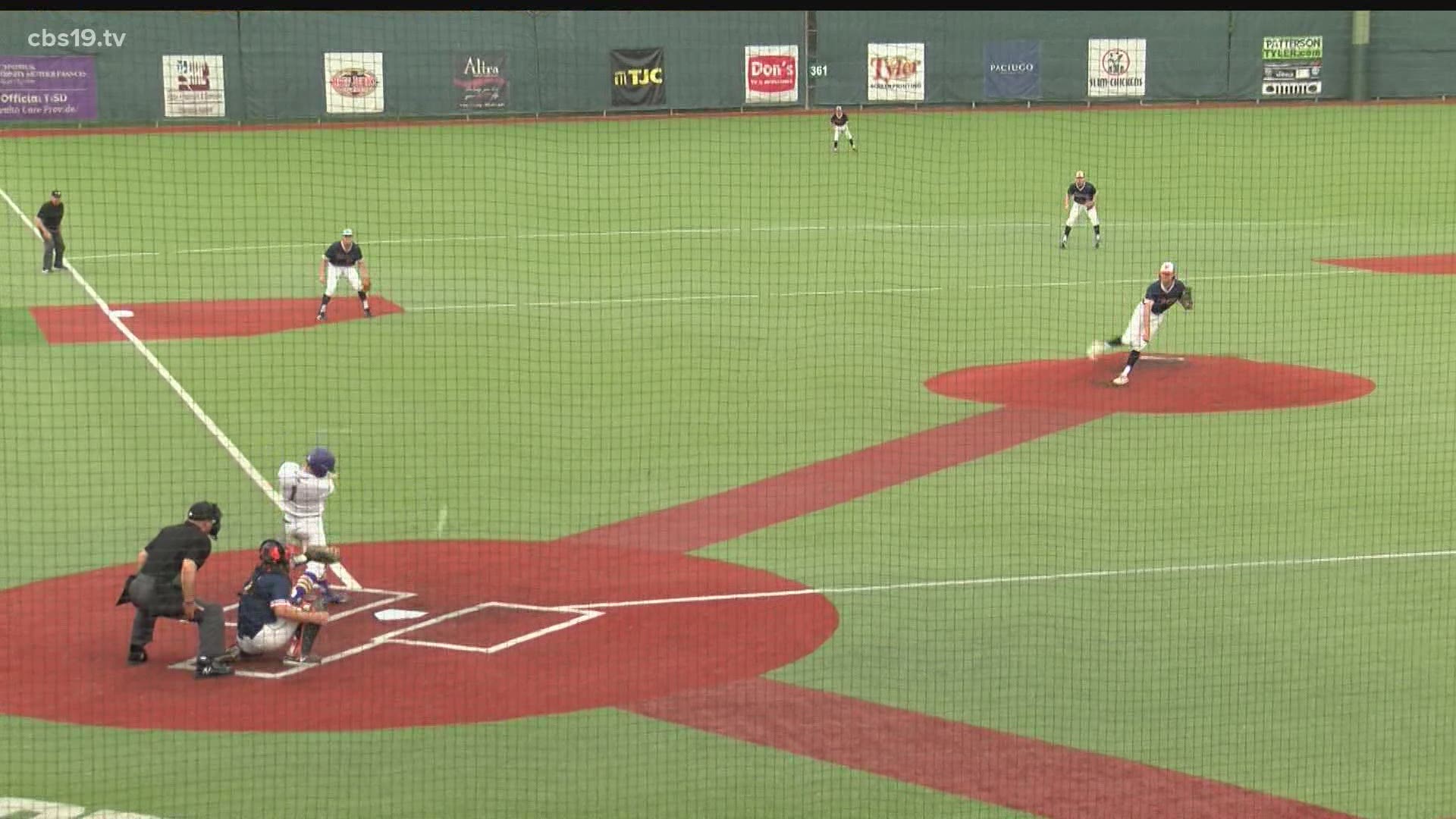 Historic Mike Carter Field in Tyler was a madhouse Thursday night for Game 1 of the Class-5A Regional Final between the Hallsville Bobcats and the Frisco Wakeland Wolverines.

The first inning provided much of the action, as the Bobcats sent their ace to the hill where Jeb Drewery was on his game striking out the lead-off batter and then closing the first frame with a nasty breaking ball to stymie Blake Morrow for the punch out.

All of the Bobcat offense came in the first inning, before a single out was recorded. Brayden Walker started things off for Hallsville with a chopper to the left side of the infield which resulted in a base hit. Up next Kurt Wyman put a textbook bunt down the left field line, which he beat out with blazing speed. After a Matt Houston walk the Bobcats found themselves with a golden opportunity early; based juiced with no outs. With one swing of the bat, the designated hitter Tyler Lee roped a fastball to deep center field scoring all three baserunners for the 3-RBI double.

Hallsville takes a 1-0 lead in the best of three Class 5A Regional Finals series.  Game 2 will be Friday night with first pitch scheduled for 8 p.m. at Dallas Baptist University.