Legendary head coach Todd Dodge and his talented senior class look to lead the Chaps to their third straight state title in 2021. 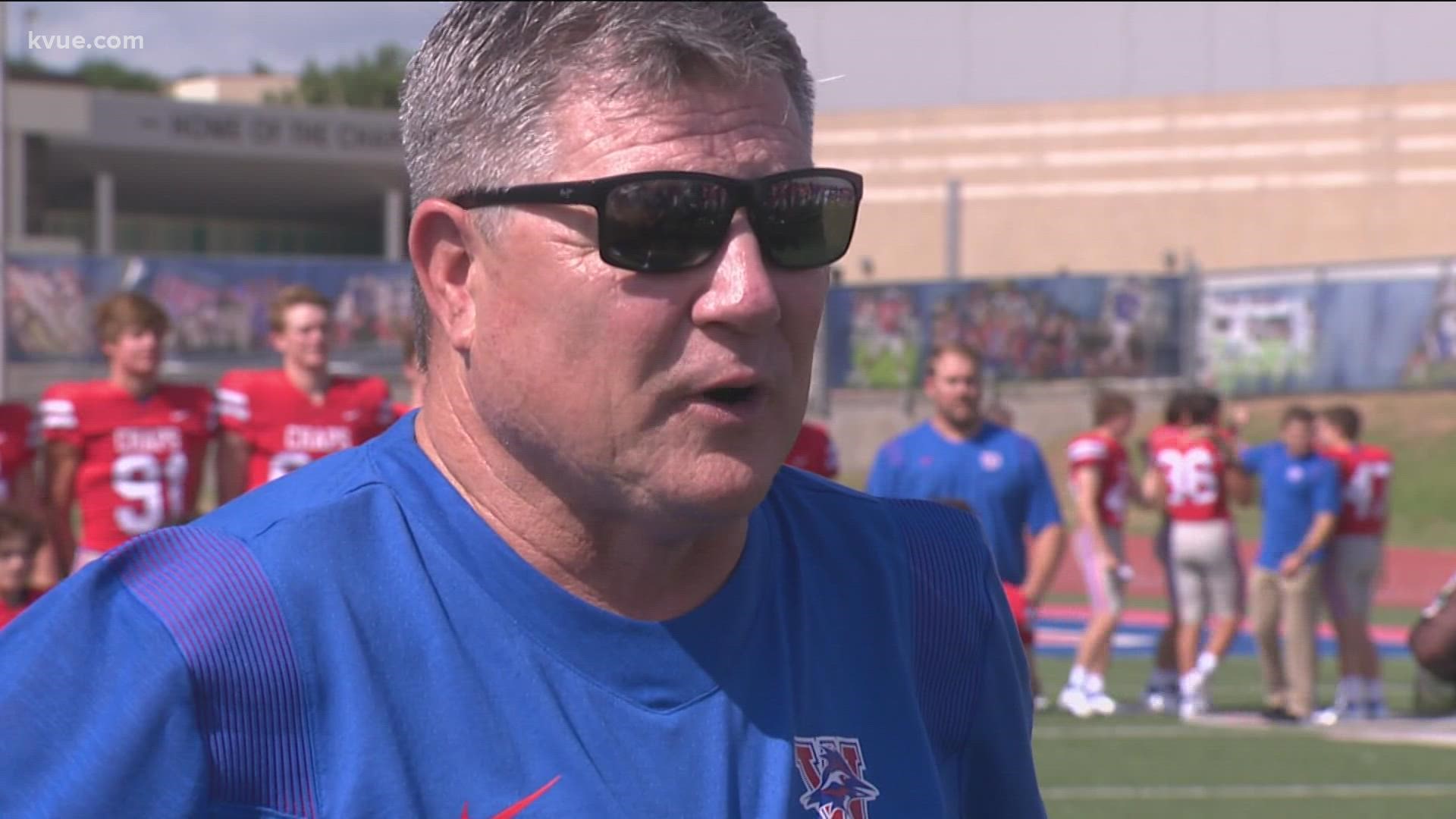 AUSTIN, Texas — On the morning of Monday, July 22, Westlake head football coach, Todd Dodge, announced his decision to retire after the 2021 season.

With six state titles already under his belt – including two straight with the Chaps – the Texas coaching legend is hoping to make history and ride into the sunset with one more crown.

The big question coming into this season is can Westlake make some history and win its third straight state title. If they're able to do so, legendary head coach Todd Dodge and future Clemson quarterback Cade Klubnik will both go out on top.

The gifted and talented Westlake senior class was just soaking it all in.

"I'm just so thankful to be out here for my last year at Westlake," senior quarterback and Clemson commit Cade Klubnik added.

"I had one of our seniors ask me. He said, 'Coach, it's kind of like you're part of the senior class. We're all going out together,'" Dodge explained.

"It means the world just to go out with Coach Dodge," said Klubnik. "He's just always been a huge mentor to me."

"I plan on having fun this year," said Dodge. "And fun is having great practices and winning football games."

Now, the pressure for this team to win a third straight is quite present.

"I'm not naïve enough that it's being blasted at our kids all over the community," Dodge said.

But, this team has great leadership, especially under center.

"We all know that we can do something special this year, and [Cade] is one of the biggest parts of it," Robertson said.

And the scary part?

"I'm not even close to where I can be yet," Klubnik added.

The Chaparrals open their season at Temple on Friday, Aug. 27.

Is the NFL going too far with emphasis on taunting penalties?

Report: Baylor did not violate NCAA rules on reporting allegations of sexual violence