The Lady Rangers season came to an end Wednesday afternoon after losing a close one to Panola College 79-77. 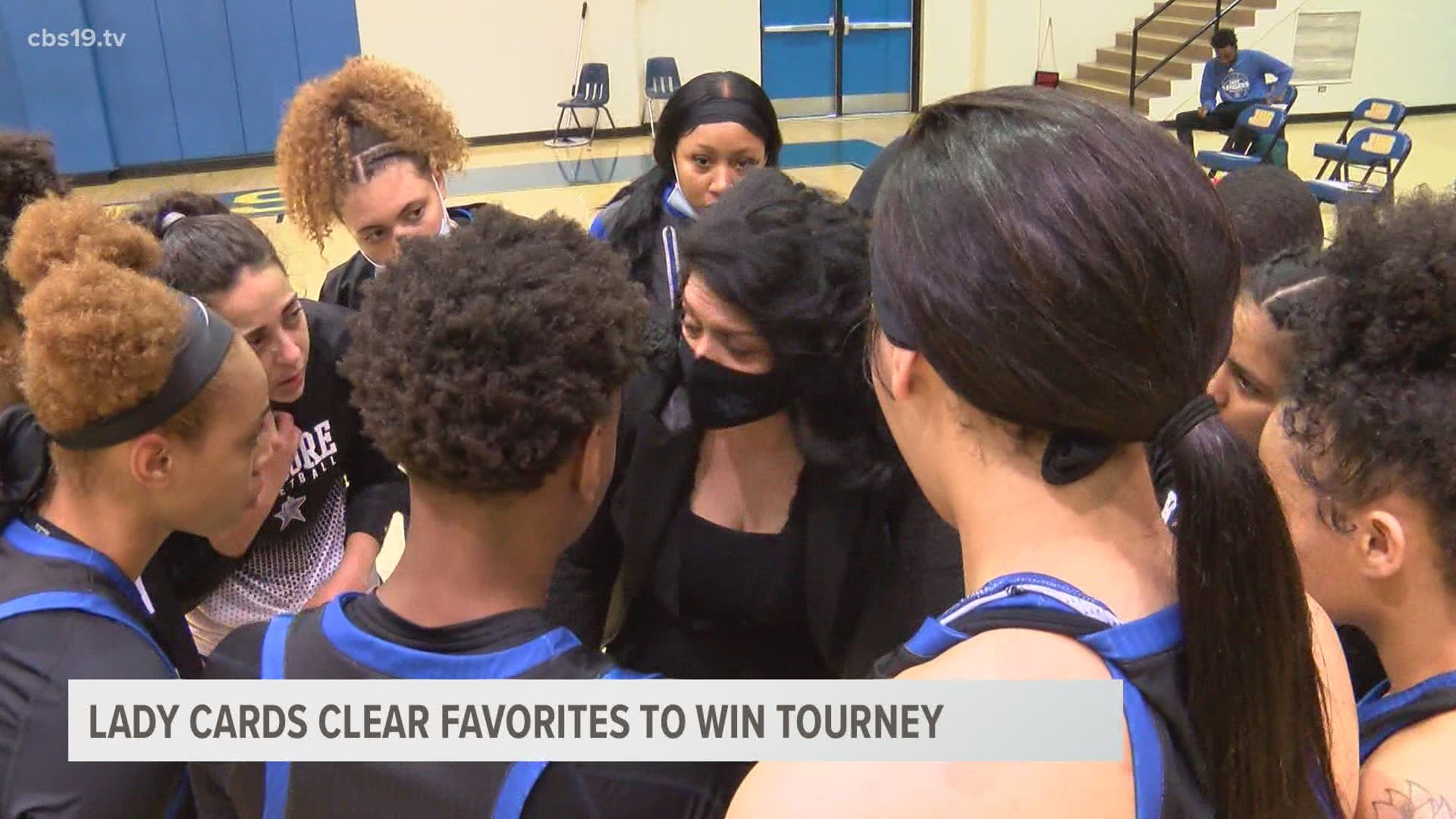 JACKSONVILLE, Texas — The Kilgore Lady Rangers fell Wednesday afternoon in Jacksonville 79-77 to Panola College in the unquestioned game of the tournament to this stage.

After coming out on absolute fire, Kilgore Head Coach Addie Liles had to like her teams chances to pull out a tight one against Panola.

After crashing the glass hard early on, and mixing in a few long range three pointers, the Lady Rangers found themselves tied with a little under :20 seconds to play.

Panola got to the rim, scored a bucket, and then survived two potential game winning threes from Sophomore Jada Hood to survive and advance to the second round of the Region XIV Tournament.

The Phillies will play next Friday afternoon at 1 p.m. as they'll look to pull the upset over one-seeded Trinity Valley Community College.