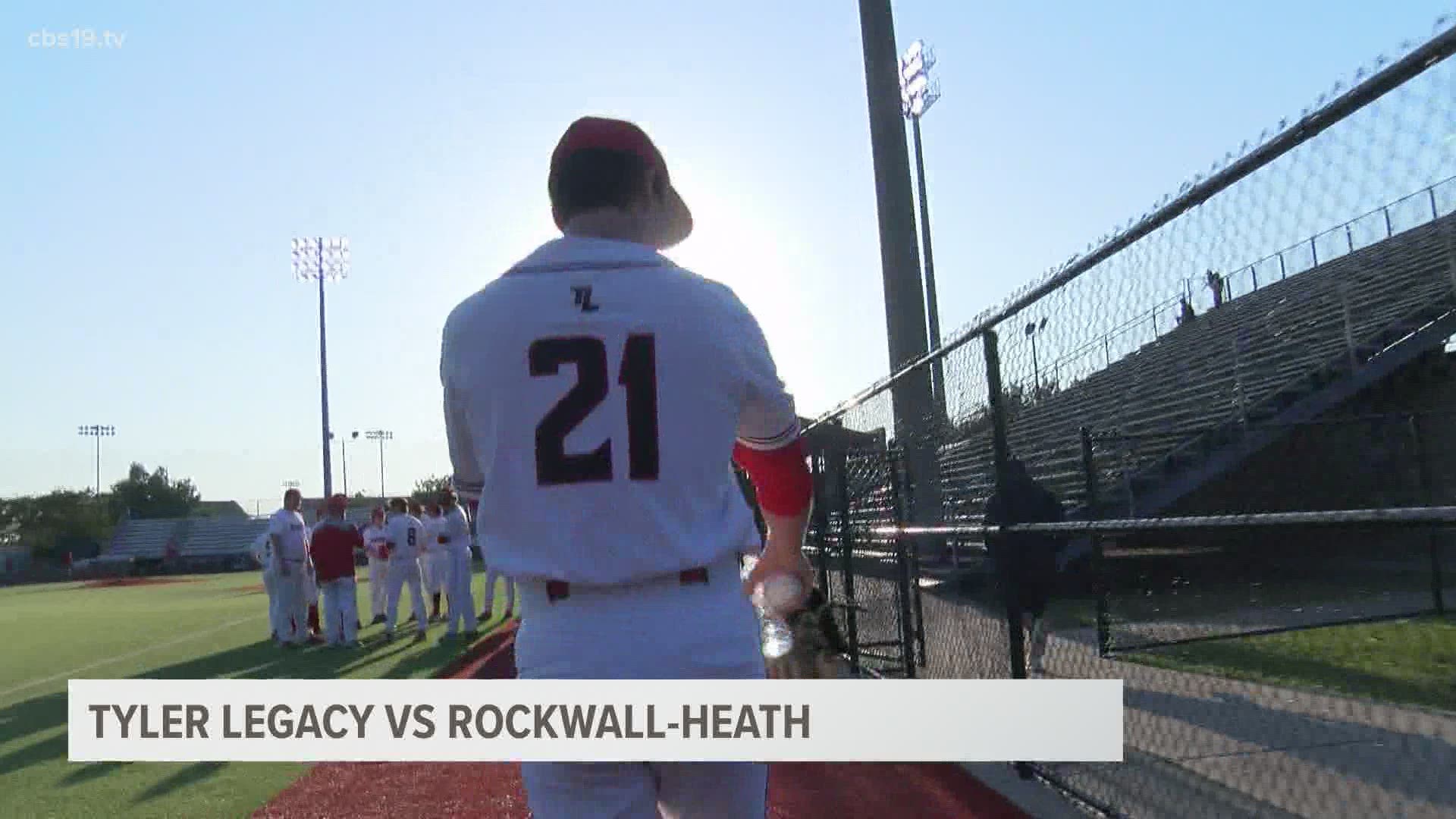 TYLER, Texas — There was a buzz in the air Tuesday night at Mike Carter Field in Tyler as the Tyler Legacy Red Raiders played host to #4 Rockwall-Heath. With the cold front moving in, there was a crispness to the late April air that felt like MLB postseason baseball, and with the Red Raiders sending senior Jackson Newhouse to the mound they'd hope to pull the upset victory.

That was not the case however, after striking out leadoff man Karson Krowka, Newhouse gave up at 1-out triple to Jett Williams who would later come around to score to give the Hawks the first run of the game.

It was the 2nd inning however where Heath would do the major damage. With the bases juiced, Williams laced a ball down the left field line, scoring two hawks to give Rockwall-Heath a 3-0 lead. Later, a sacrifice fly to right field would put Heath up 4-0.

In the top of the 2nd the Red Raiders would fight back, loading the bases, followed by an Ethan Smith shot to right field, two Red Raiders would score to cut the deficit to 4-2. However that would be the only run support Legacy would get Tuesday evening as they fell to the vising Hawks by a score of 6-2.