Scott Dixon will lead the field of 33 to the green flag for the 105th running of the Indianapolis 500. 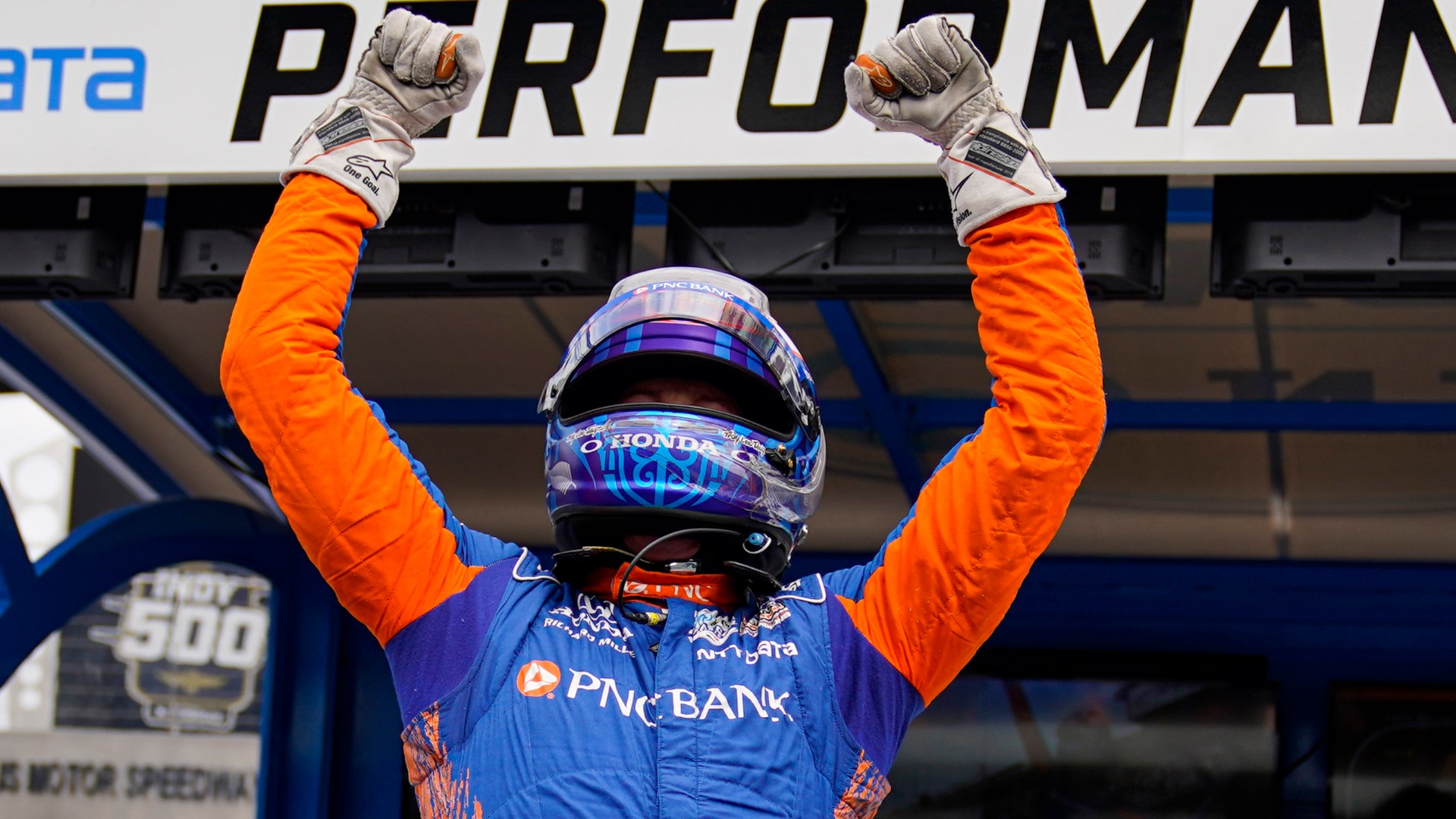 INDIANAPOLIS — Scott Dixon slammed the brakes on IndyCar's current youth movement by winning his fourth Indianapolis 500 pole by a mere 0.03 seconds in qualifying. He now ties Rex Mays, A.J. Foyt and Helio Castroneves for the second-most poles in Indy 500 history.

Seven-time NASCAR champion Jimmie Johnson very literally gave Dixon a bow on Sunday. He posted on Twitter a video of him bowing down to Dixon with the caption "We're not worthy."

He was also the fastest during the first day of Crown Royal Armed Forces Qualifying on Saturday.

REPLAY: He can't be stopped. @scottdixon9 captures his fourth Indy 500 pole and is now tied for second-most in race history.#INDYCAR // #INDY500 pic.twitter.com/QiyaGB7z5M

Dixon is the six-time IndyCar champion and won the Indy 500 in 2008. With this win, Dixon will be in the front row with the two youngest drivers in the field: 21-year-old Herta and 20-year-old Rinus VeeKay.

Sage Karam, 2018 Indy 500 winner Will Power and Simona De Silvestro earned the final three spots in the field in Last Chance Qualifying earlier in the afternoon.