Tyler High School looked to finish out their regular season strong in front of an enthusiastic home crown Friday night. 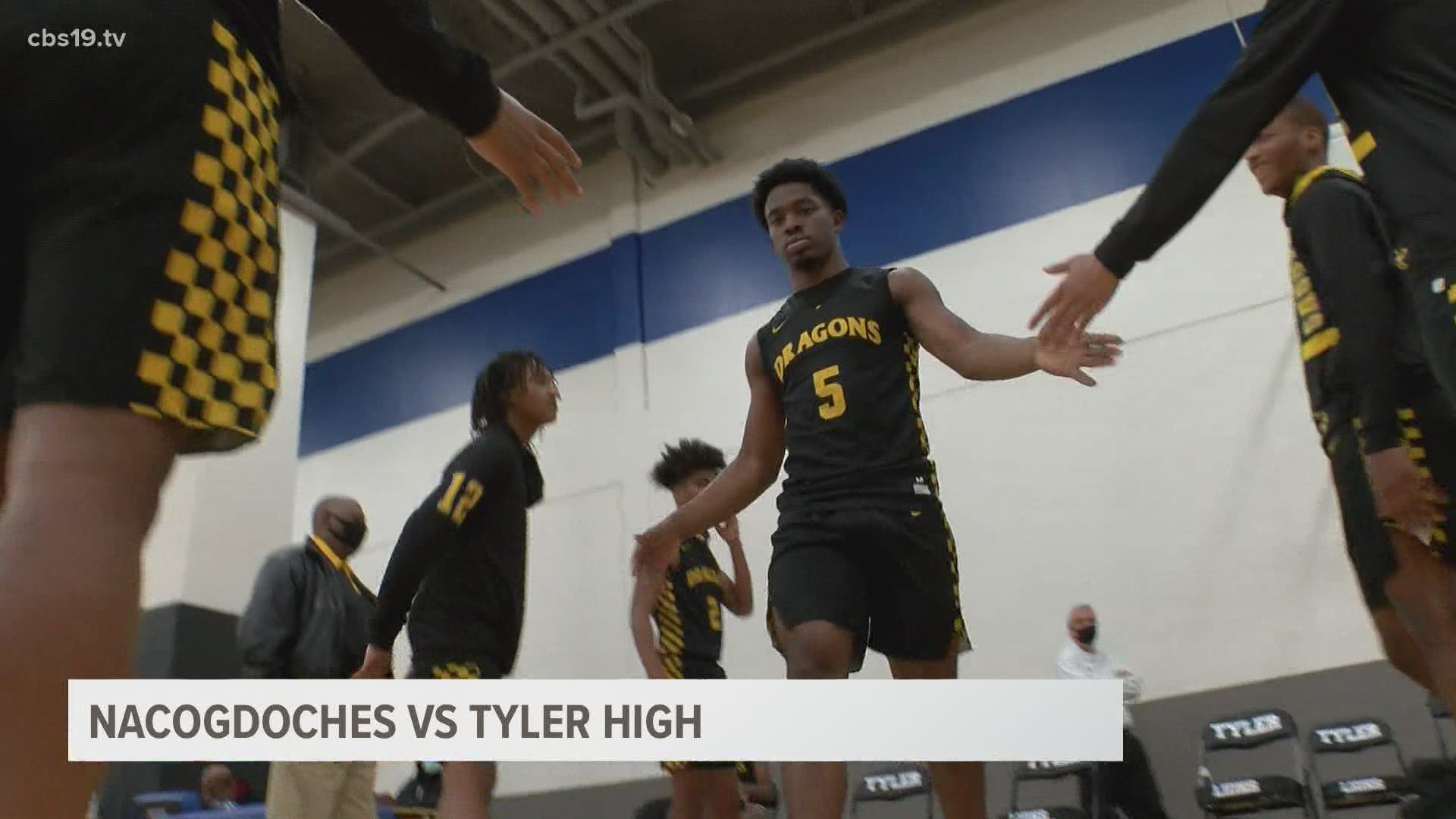 TYLER, Texas — The Tyler Lions took the hardwood Friday night in front of a loud and passionate fan base that came out to the brand new Tyler High gymnasium to support their Lions on senior night.

The visiting Nacogdoches Dragons relished the opportunity to play spoiler as they took it to the blue and white from the opening tip.

Three-point shooting was an emphasis early on for both teams, both after both varsity squads struggled from beyond the arch in the first quarter, there was more of a concerted effort in the second to attack the basket.

The Dragons struck early and often in the second quarter thanks to the point guard play Eddie Cross whose penetration drives and no-look passes allowed the Nacogdoches front court to pile up easy points en route to a 51-40 victory.