While Horn-Ball Texas Tailgaters found a safe way around the UT tailgating restrictions, Tailgate Guys changed its business model to bring the party wherever. 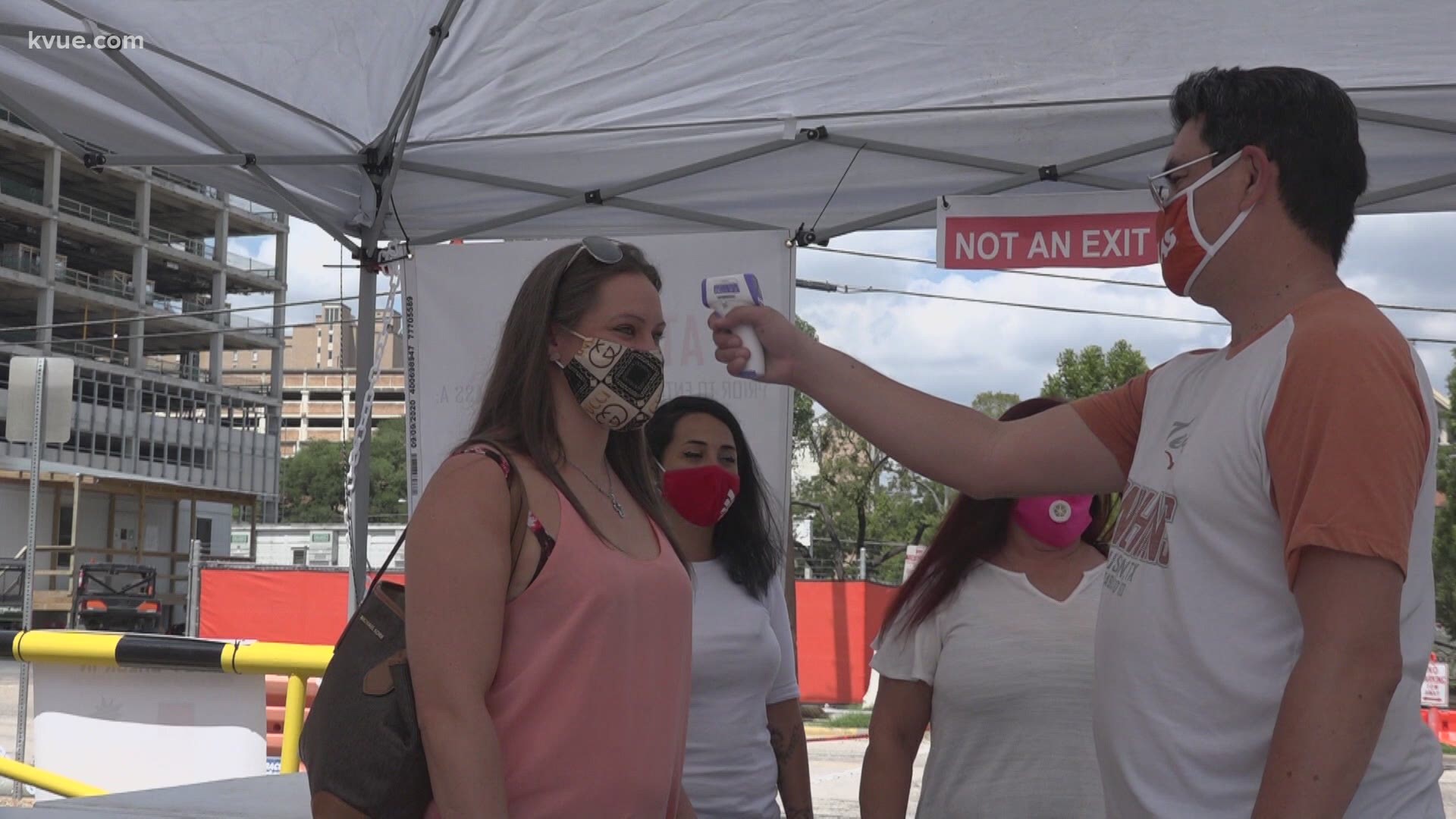 AUSTIN, Texas — Tailgating is a huge part of the University of Texas at Austin game day experience, but public tailgating in and around the campus is banned because of COVID-19.

The owner, Ryan Lepper, said the group has organized UT tailgating events for more than 20 years. After hearing tailgating around campus is banned, he figured there was a safe way to do it.

"We put together a proposal that outlined and used Gov. Greg Abbott's guidelines for the state, Department of State Health Services, and put it into a proposal on how we can do a special event that's socially responsible," said Lepper.

Lepper turned his tailgating experience into a special event. He said it was the only one in the area approved by the State, with COVID-19 safety guidelines.

"Each tent is a family unit, very similar to like a restaurant," said Lepper. "So within that tent that family unit could be within that 6-feet range, but outside of that you must maintain your distance and a mask."

Lepper said each tent has a 10-person limit, but each tent must have household members or members who traveled to the event together.

UT PRE-GAME: The owner of HornBall Texas Tailgators said they are the only group approved to tailgate outside of UT.

It's on 18th and Trinity. They will be showing the game tonight as well.

Tonight on @kvue I'll tell you how they found a way around the no tailgating rule. pic.twitter.com/QeYb4e0Whp

The special event is just a few blocks away from Darrell K. Royal-Texas Memorial Stadium on the intersection of 18th Street and Trinity Street.

While Lepper found a safe way around the rules, big tailgating companies like Tailgate Guys, who usually fill LBJ Library Lawn with tents and thousands of fans, had to change their business model.

"While it's a bummer that we're not out there, ultimately the health and safety of our guys is our No. 1 priority," said Tailgate Guys general manager Kara Thibault. "So we have pivoted instead to this tailgating anywhere option, so we can bring the tailgate to your individual home or businesses."