Card will usher in the post-Sam Ehlinger era as the Longhorns' signal-caller during the game against the Ragin' Cajuns. 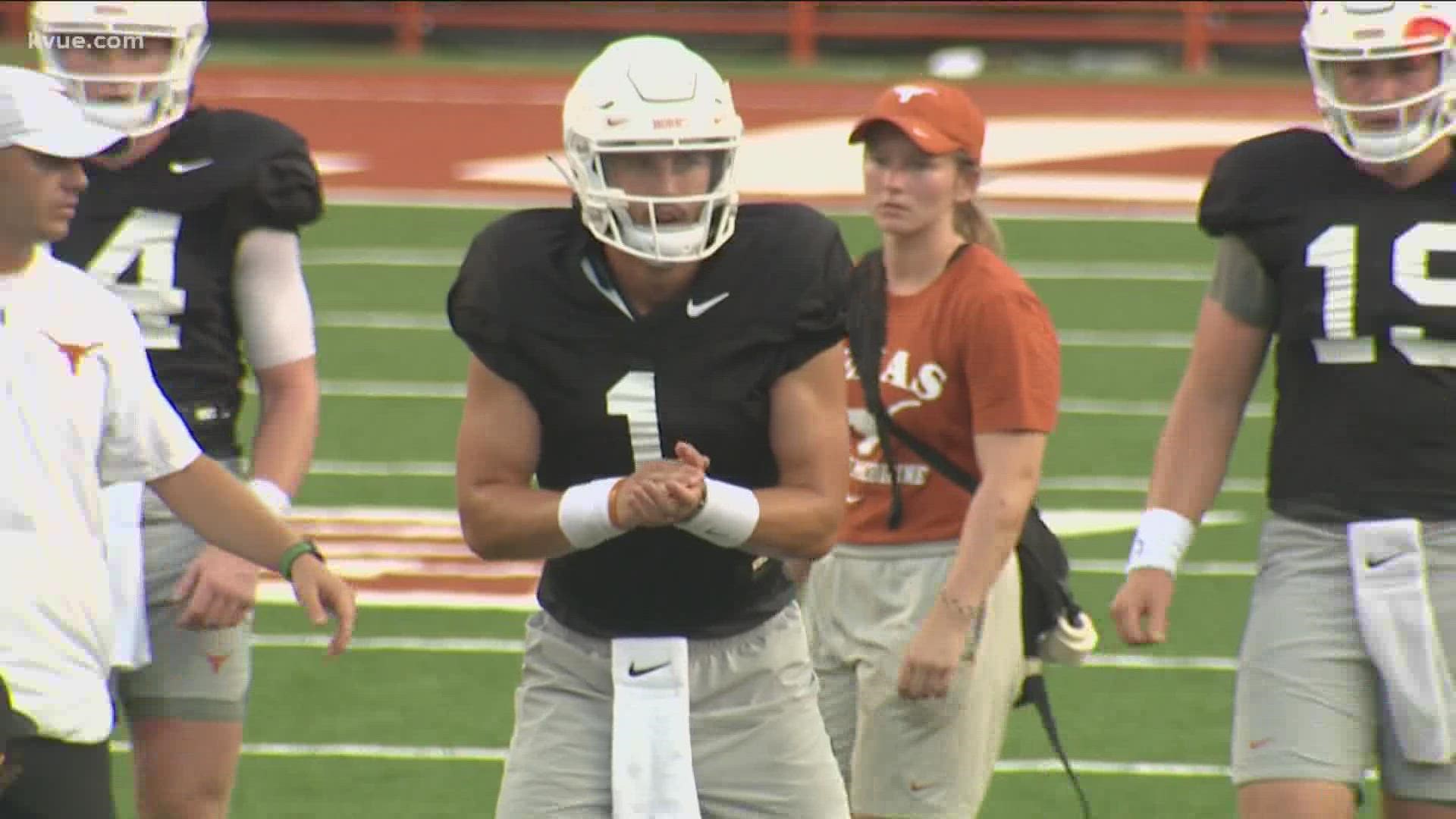 AUSTIN, Texas — It's official: Hudson Card will be the Texas Longhorns' starting quarterback in the team's 2021 season opener against the Ragin' Cajuns on Saturday, Sept. 4, at Darrel K. Royal-Texas Memorial Stadium.

Texas Head Coach Steve Sarkisian announced Monday that Card will start the season opener and Casey Thompson will play in the game. The team will re-evaluate the quarterback situation after Saturday's game.

Coach Sark just officially announced Hudson Card will start the season opener, Casey Thompson will play in this game—team will re-evaluate the situation after this weekend’s game. pic.twitter.com/tJ9Mb1Ann8

Thompson and Card battled for the starting position throughout spring ball and training camp, and Sarkisian previously told the media that both quarterbacks were very capable to lead the offense.

"We are probably in a better position at the quarterback position than a lot of people," Sarkisian said on Aug. 25. "I believe we have two guys that can play."

Ultimately though, Card has won the job – for now.

"Now, I believe in having a starter and having a back-up, but when you know I have a back-up that can play at a high level and operate our offense in a way that we want to operate, that's a luxury for us," Sarkisian said on Aug. 25.

Card, an Austin native who graduated from Lake Travis High School, played in two games last season for the Longhorns and ended up redshirting his first year at UT. Card made his collegiate debut against UTEP, where he only threw one incomplete pass and ran twice for eight yards.

Card's other appearance came at the end of the year in the Valero Alamo Bowl against Colorado. After Thompson shined in a reliever role for Ehlinger in the Alamo Bowl, Card came in during the fourth quarter as the third-string quarterback. Card finished the Alamo Bowl completing one of two passes for 5 yards and ran for 3 yards on two attempts.

The 6 foot, 2 inch-tall quarterback was an All American and two-time all-state honoree for Lake Travis. He was ranked No. 67 nationally and the No. 3 dual-threat quarterback in the 2020 recruiting class.