Texas Longhorns football players to have 'off day' for Election Day

Texas coach Tom Herman told the media that the players would be given Election Day off from team activities in order to exercise their right to vote at the polls. 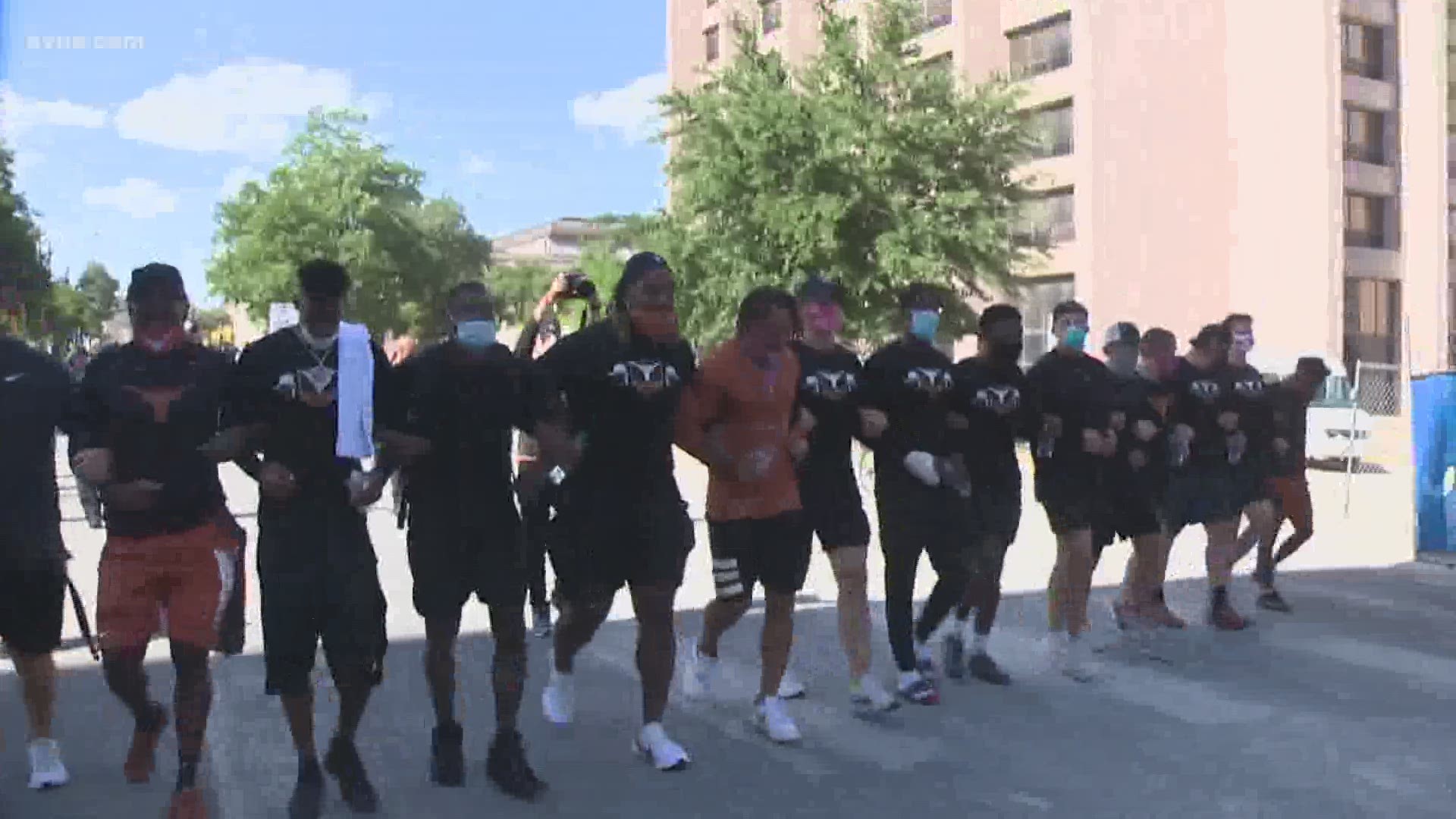 AUSTIN, Texas — When Election Day comes in November, Texas Longhorns football players will be given a day off to hit the polls instead of hitting pads in practice.

University of Texas head coach Tom Herman told the media in a press conference on Monday that the football team would be excused from team activities on Election Day so they may utilize their right to vote should they want to.

Herman also said he would provide transportation for his players to get to and from the polling sites.

“The plan is to give them that Tuesday off from any football-related activities and provide transportation for those that want to go vote so that we can make sure that there really is no excuse not to go vote,” Herman said. “We’re going to do our part as a program to facilitate that for them. And then it’s up to them to decide if that’s something they want to choose to participate in.”

This comes as the Longhorns have emerged to the forefront of college athletes using their voices and platforms to demand change.

On Sunday, college athletes around the nation shared a message detailing a five-point plan of action toward change during the upcoming football season. Caden Sterns, DeMarvion Overshown and other Longhorns shared the statement on their personal social media accounts.

The statement read: “We stand together, united, to bring about positive change to our campuses, our communities and our country.”

In June, the football team marched to the Texas Capitol amid the death of George Floyd. They arrived at the Capitol around 5:30 p.m. that day. There, everyone took to one knee for nine minutes to remember Floyd. KVUE's Jake Garcia spoke with defensive back Chris Brown on the walk back to campus.

"The only time I sincerely feel protected is when I got that logo on my chest," Brown told KVUE in June.

After Texas student-athletes demanded change from their own university earlier in the year, UT officials announced a distinguished list of changes in response to the players' list of demands.

One of the most controversial topics on the list – replacing "The Eyes of Texas" as UT's alma mater – remained untouched.

After having Election Day off, the Longhorns are scheduled to host West Virginia on Saturday, Nov. 7.

UT releases 2020 football depth chart for UTEP game: Who's starting? Who are the new faces to watch for?