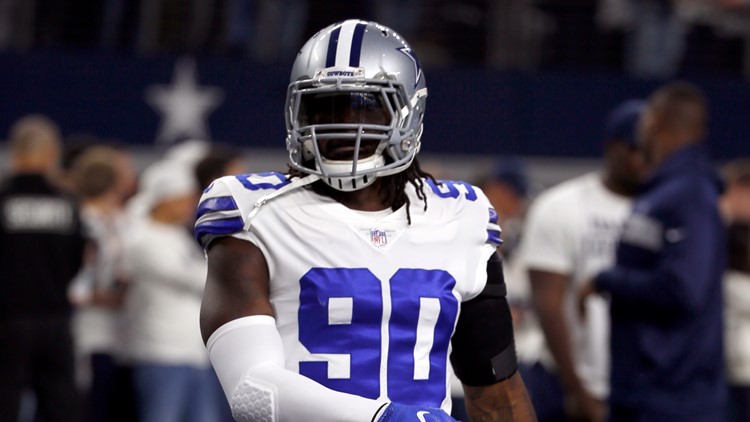 Lawrence also played the 2018 season on a franchise tag, which pays a player the average of the top five salaries at his position. Lawrence will stand to get paid about $20 million in 2019 if he doesn't reach a long-term deal with the Cowboys by July 15.

NFL teams can only place a franchise tag on a player twice.

Lawrence has been one of the more productive pass rushers in the league the last two seasons, notching 10.5 sacks in 2018 and 14.5 sacks in 2017. He was a Pro Bowler in both seasons.

The Cowboys drafted Lawrence out of Boise State in the second round of the 2014 NFL Draft.

Dallas Cowboys defensive end Demarcus Lawrence (90) warms up before the first half of an NFL football game between the Atlanta Falcons and the Dallas Cowboys, Sunday, Nov. 18, 2018, in Atlanta. (AP Photo/Danny Karnik)
AP