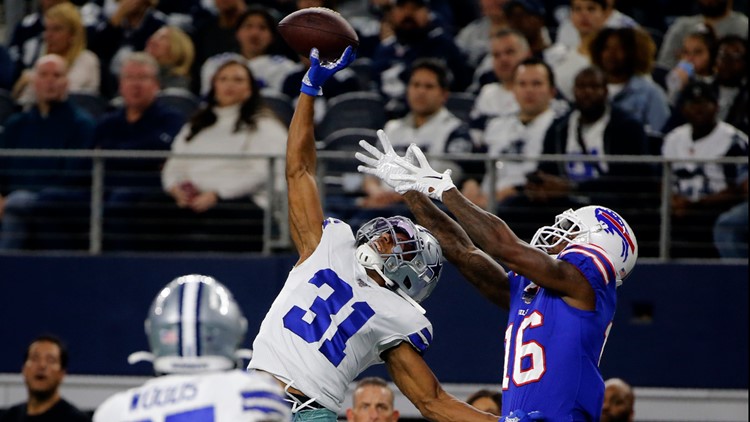 Path to the playoffs: How the Cowboys can still get in

Even though the Cowboys are coming off a 26-15 loss to the Buffalo Bills on Thanksgiving Day at AT&T Stadium, they are still in first place in the NFC East, buoyed by the fact that the second-place Philadelphia Eagles lost to the Miami Dolphins on Sunday.

Believe it or not, if the playoffs started after Week 13, the Cowboys would host a home wild-card game.

The Cowboys can be thankful for Philly’s 37-31 loss to a tanking Dolphins team, but it is worth mentioning that the Eagles (5-7) still have the easiest schedule in the final four games as they will not face a team with a current winning record throughout the remainder of the regular season.

Philadelphia’s road includes New York (2-9) in Week 14, Washington (2-9), Dallas (6-6), and a rematch against the Giants in New York. Though they aren't in the lead — and the loss to Miami was a severe misstep — inexplicably, Philadelphia's fate is still in their own hands.

If the Eagles win out, which includes beating Dallas in Week 16, Philadelphia would finish 9-7. Dallas, at best, if they lose to the Eagles but win-out the rest of the way, would also be 9-7, with the tiebreaker going to the Eagles due to a better record against common opponents. While the Cowboys beat the Dolphins in Week 3, the Eagles have beaten the Green Bay Packers, New York Jets and Bills who all defeated Dallas this season.

That is why the real key to Dallas making the playoffs is the Week 16 rematch.

Because of the lessened degree of difficulty for the Eagles, it is reasonable to presume Philadelphia will be 7-7 heading into that matchup at Lincoln Financial Field.

In order to make the game consequential for Dallas, the Cowboys will have to win one of their next two matchups with the Chicago Bears and Los Angeles Rams.

If Dallas wins either of those games, they will be 7-7.

At 7-7, a win over the Eagles would enable Dallas to secure the NFC East no matter what happens in Week 17 as they’d hold a firm head-to-head tiebreaker over Philadelphia and would have a chance to sweep the NFC East with a Week 17 contest against Washington at AT&T Stadium.

A victory there would give Dallas a 9-7 finish and a home game in the playoffs but they could go 8-8 and still host in wild-card round as long as they take care of business in Philadelphia.

If Dallas wins both of their next two games, they will be 8-6, and in this scenario, the Eagles are 7-7 but with a chance to drag Dallas down to 8-7 and make Week 17 an opportunity to clinch the East against the Giants.

Even with the loss to the Dolphins, given how easy the Eagles' schedule is the rest of the way, Dallas has to win that Week 16 game in Philadelphia in what has essentially become a playoff game for the NFC East, if no more major upsets transpire.

After seeing the Cowboys take it on the chin against the New England Patriots and Bills, the Eagles have to like their chances to win the division since they’re going to get the Cowboys in their building with the NFC East likely on the line.

While Dallas hasn’t been able to answer the bell against winning teams, you’d think Philadelphia is going to take the loss to Miami as a wake-up call and not take the next two games against 2-9 teams on their schedule lightly, with another afforded to them in Week 17. Should it pan out this way, Week 16 would essentially be for all the East marbles.

If Dallas gets into the playoffs, they are almost certainly going to be the fourth seed with nowhere to move up or down. The Packers and Minnesota Vikings both have head-to-head wins over Dallas, and it would take both of them going 0-5 over the remainder of the season for Dallas to move up. Because division winners are guaranteed a home game, Dallas can’t slide further than fourth.

If the playoffs started after Week 13, Dallas would host the 9-2 Seattle Seahawks in a rematch of last year’s Wild Card Sunday.

However, should Seattle defeat Minnesota on Monday Night Football, the Cowboys would be lined up to face a 10-2 San Francisco 49ers team with Super Bowl aspirations in what could be coach Jason Garrett's final game on the Cowboys' sideline.

But that's another scenario.

Do you think the Cowboys will end up as NFC East champions even after a mediocre run through the regular season? Share your predictions with Mark Lane on Twitter @therealmarklane.